For the political primaries of 2014, Cosmopolitan ran a campaign called “Cosmo Votes”, encouraging women to get out to the polls and cast their vote. This operation included a breakdown of which politicians are doing the most for women, divided up by state. It created an interactive an easy to understand rundown of the policies the politicians making a run in the primaries were creating. It encouraged women to make their opinions heard instead of leaving it up to someone else to do.

“We wanted an idea that was smart and incisive, but also resonated with a Cosmo audience”, says Filipovic. As an extra incentive, Cosmo had shirtless male models singing to women across the country that, ‘your vote is your voice’. “Yes, we want to tell you about all the political issues going on in the county, but really the issue is that we want young women to feel like they have a voice and like they are entitled to have political opinions.” 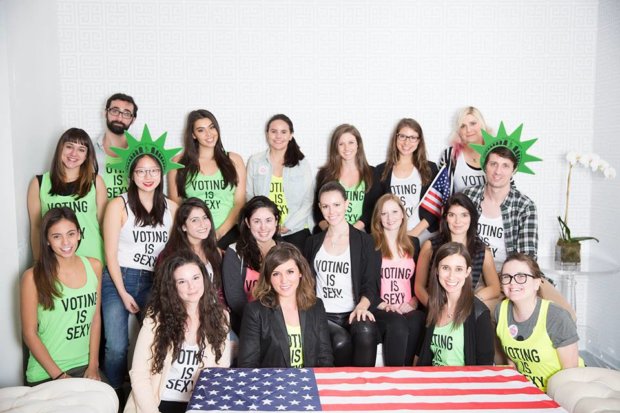 The Cosompolitan.com team celebrating their campaign

The campaign was a success, with thousands of women tweeting the Cosmopolitan Twitter account with pictures of themselves, proudly strutting the best accessory of the day: a navy blue “I voted” sticker. The articles spotlighting political figures received thousands of favorites and retweets, and were adorned with positive feedback. Filipovic couldn’t have been happier, even if she was spending her day covering the elections and not dancing with male models. At Cosmo, there’s always another opportunity.

Having the general public take you seriously as a professional writer can be difficult when you work for Cosmo. Many people still look upon to magazine as an outlet for cheesy celebrity stories and painfully inaccurate sex tips. And for the articles that don’t follow that suit? Why do they have to be looked at negatively? 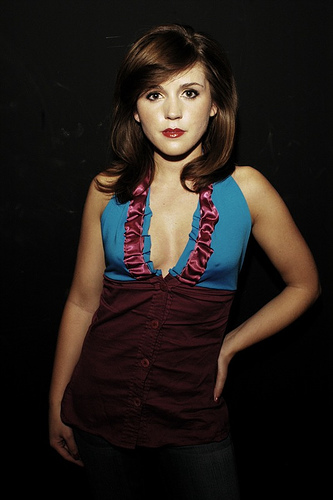 “When the stuff that’s seen as frivolous is treated as ‘women’s stuff’, it’s treated with a greater level of dismissiveness and disdain, than when it’s ‘men’s stuff’,” Filipovic notes. “It’s not as if sports are changing the world for the better.” The double standard within women’s magazines is a severe one. Since they contain content such as fashion and beauty, they rest of the content of the magazine becomes invalid. “Women in bikinis for a whole spread, no one seems to think that’s mindless.” Filipovic’s point is being well received. Cosmo’s coverage of sex has become revolutionary in that, there are less articles are about ’10 Ways to Please Your Man’, and more articles geared towards having good sex for yourself and not having to please a man in sacrifice to that. “I think telling women that it’s okay to want and have sex, that’s helping the greater good.”

The cafeteria is now barren, the steel growing colder by the loss of the crowds. Large faced watches and delicate string of pearls are now settled back into their office, leaving only Filipovic and her cardboard cup, drained of all of its tea. Her road to the front lines of the feminist movement was full of grooves and tribulations, false paths and pitfalls. She doesn’t regret her choices regarding law school, and only wishes she’d been more open to risks when she could take them. That’s the message she has to anyone who is terrified of pursuing what they love, out of fear they won’t get anywhere in life. “Be less afraid. Take more risks. Jumping without a parachute is scary, but the ground is not as far away as it looks.” Outside, the rain has just stopped falling.