It’s human nature to covet what we can’t have…

The man sitting across from me is in every single woman’s husband wish list: smart, charming, attractive, successful. His style of dress is very GQ, and his conservative suit with the artsy purple tie tells women he is responsible yet spontaneous. The gold band around his ring finger reflects the harsh light of the commuter rail — blinding, but not binding. So what if he’s married? His wife is no more real to me than Santa Claus. Like many women, I want the unattainable man. But what is it that makes the unattainable so desirable?

It’s human nature to covet what we can’t have. When we diet and restrict certain types of food, the desire for what is denied us becomes unbearable. The taken man is the chocolate cake of dating — sinful yet simultaneously irresistible.

Some women also love to compete with each other. We can thank messed up lessons from Disney for that!

“If a woman who knows you’re spoken for comes on to you, it’s flattering. It’s tempting. But remember that she’s doing it to feed her own ego, not yours. She wants to see how much power she holds over you. And if you take her bait, she then knows she must be superior in every way to your sweetie. Deep down, she has nothing but contempt for both your male weakness and your mate’s existence. That should really piss you off.” –Men’s Health Magazine

In short, a committed man is appealing for just that reason: he’s committed to a relationship.

Women have been trained, since childhood (think: Disney) to compete with each other…

There’s also the other woman to think about. It’s one thing to get involved with a man who slips his ring in his back pocket every time a cute pair of Manolos walk by, but it’s quite another to knowingly pursue someone who’s clearly marked territory. Being cheated on hurts, and if getting a lump of coal in your stocking isn’t enough to deter you, then the guilt you’d feel after intentionally causing his wife pain definitely should be.

We assume that a man who’s in a serious relationship with someone must have a lot to offer. The fact that he’s so desired by someone else (and that’s doubly true if that someone else is viewed as a catch herself) makes him all the more attractive to the other woman. In this day and age where many men fear commitment more than a root canal without pain-killers, a loving husband is a rare gem. What women tend to forget is that that same attribute which makes them attractive isn’t very compatible with their intent to lead them astray.

I’ve never been the man-stealing type, but I’ve certainly had more than a few friends who were all-too-eager to throw their panties in the ring. Some did it for a narcissistic ego-boost (if I can tear him away from his wife and kids then I must be really special), others did it because they have intimacy issues (if the person can’t commit to you then you don’t need to commit to them).

Years ago, I had a friend named Sally. She was cute, fun, had a great personality, and could attract practically any man she wanted. She also had serious relationship with her boyfriend Danny. She said she loved him and they always talked about marriage and their future. For some reason (ego and insecurity is my best guess) Sally always found herself seeking attention from other males within our friend group; she was particularly interested in one man named Gary, who was (at the time) happily married.

Her ego was constantly getting the best of her

Just like Scarlett O’Hara, she always wanted the one she couldn’t have. Granted, Gary’s wife Carla was a bit lacking when it came to having a pleasant personality, but perhaps that was because Sally was always trying to blatantly flirt with Gary. These flirtations fueled Carla’s anxiety, insecurity, and general contempt for Sally and other women who could be a “threat”. Carla’s attitude towards Sally, in turn, gave Sally more motivation to continue flirting.

I realize now, looking back, that sure, Sally found Gary physically attractive, but it was all just a game to see how much she could tempt him and control the situation. If Gary had given in to Sally’s actions, the thrill of the chase for Sally would have come to an abrupt end.

Gary actually eventually called Sally out about what was happening due to the fact that Carla constantly complained to him about Sally’s actions. Naturally, Sally denied any wrongdoing which fueled a public fight between Sally and Carla, and Danny and Gary.

The two couples’ friendship dissipated after that confrontation, and eventually they had to stop hanging out together, changing the dynamics of the entire friend group. Not only were friendships ruined, but good memories were lost as well. 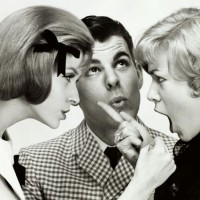 My friend Sally knew it was flattering to Gary to make him feel wanted by her. Of course a man would be tempted, but Gary knew Sally was playing a game. A self-indulgent, ego boosting game. Sally didn’t care about making Gary feel good about himself; she did it because she needed to see how much power she could exercise over Gary in comparison to Carla. And because Sally found something in Carla that was threatening to her, Sally chose to channel her inner temptress by exercising the power of her sexuality to ensure she had the upper hand.

Even if temptation is given into, far more often than not, the husband won’t ever seriously consider leaving his wife. The grass is greener on the other side… but only for a moment, then reality sets back in! 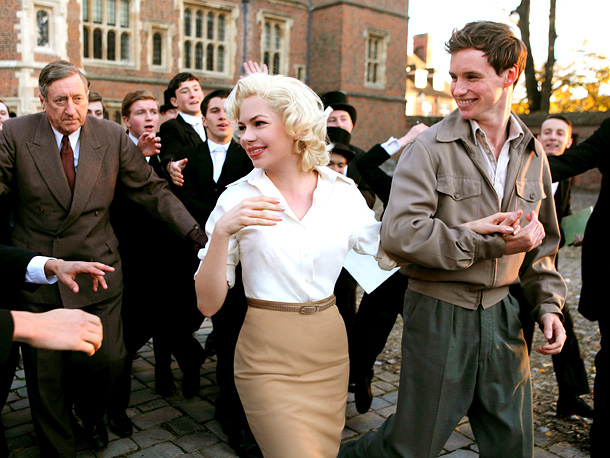 It’s about ego and power, not the man

When you boil it all down, some people are simply competitive and some can’t resist a challenge regardless of the destructive fallout (I bet I could get you to leave her if you could have me instead).

While the pursuit of the unattainable man can be a thrilling challenge, the end result always ends up in heartache; one cannot unattach anything without ripping some seams. And in the event you are successful and end up attaining the unattainable, there is bound to be distrust on both sides.

Even if temptation is given into, far more often than not, the husband won’t ever seriously consider leaving his wife.  The grass is greener on the other side… but only for a moment, then reality sets back in!

For him, there’s the fear that you’re not the type who respects relationships, and that it might extend to your own. For you, well, you know for certain that the man you’re with has cheated at least once, but unlike Santa, will never know for certain if he’s been bad or good…

If you’re feeling tempted, keep these tips in mind:

Keep the items above filed in your subconscious and share them with your best friends: you just might be able to help protect a friend from making a regrettable mistake…

Sitting across from me in the crowded train is a man who is perfect in that innocent way that only a man in a relationship can be. My stop approaches and I get up to leave. My life is complicated enough and besides, that great suit that he’s wearing was probably laid out for him by his very real wife.

Read more: Thinking About Cheating? 12 Reasons Why You Should

How Turning 50 Transformed My Life
Read