My Bike Tour of San Francisco

One of the most breathtaking bicycle rides in America.

Walking down North Point St., Starbucks passion tea in one hand (grande, of course), leather clutch in the other, I couldn’t help myself from smiling as I took it all in. There I was in San Francisco, home of the Tanners from Full House, Raven from That’s So Raven, and, of course, (most importantly) the location when Ben Flajnik’s season on The Bachelor was filmed. Let’s be real- who wouldn’t die from happiness? San Francisco was already beginning to exceed my expectations. 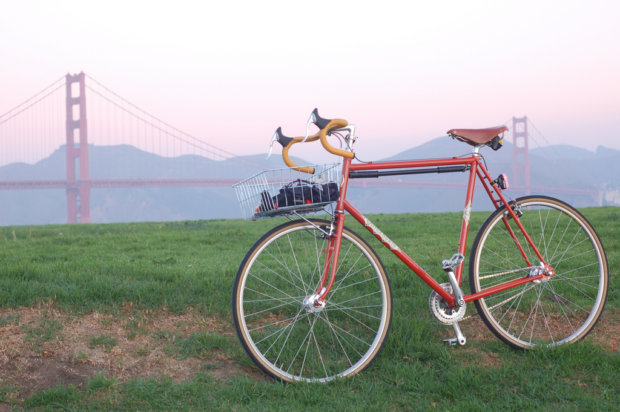 The bike that would take me on a San Francisco adventure

As I proceeded down to the pier, the famous Golden Gate Bridge glistened in the distance, and rays sunshine captured its scarlet-red reflections in the water. I was able to see the figures of bike-riders (after squinting for several minutes), and it wasn’t long before I decided that I wanted to join the group of silhouettes.

Anyone who knows me would probably agree that I’m not exactly the “spontaneous” type. Don’t get me wrong, I like to have fun, but I generally don’t stray too far from the norm. And even if I do decide to do something extraordinary, it requires a lot of convincing and months of mental preparation. 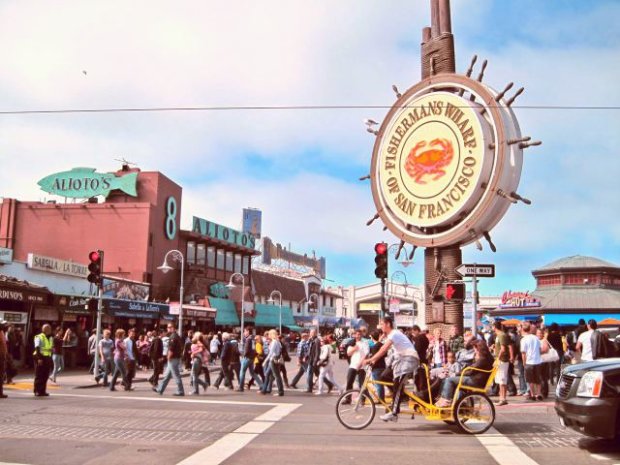 So that’s why swiping my debit card in the rental-bike kiosk at Fisherman’s Wharf was even a surprise to me. I was the girl with the pre-set to-do list to the moon (and back). The girl with the two-foot monthly organized calendar hanging in her closet (no exaggeration there). The girl who was afraid to break out of her comfort zone.

There I stood, defying everything that had defined me with the swipe of a plastic card.

It may not seem like a big deal to most of you Urbanette’s, but hopping on two wheels, with no route or meals planned, was a big deal for me! I started off biking along the National Park Bike Path to the Golden Gate Bridge. The pavement was smooth, and the wind felt nice against my face. Biking was much better than I thought it would be; in the hilly city, it wasn’t nearly as difficult as I’d imagined. I was actually enjoying myself! Seriously, what could be bad about touring one of the most beautiful cities in California while simultaneously completing a fat-burning workout?

After about fifty minutes, I had made it to the Golden Gate. I began to have misgivings about my biking abilities upon approaching the bridge, but nonetheless, I still peddled on (it wasn’t exactly like I had another choice at that point…) Upon reaching the center of the bridge, I was able to just make out the famous Ghirardelli Square sign through the fog; the sails of colorful sailboats were hazy in the mist. After focusing for a few more seconds, the distant outlines of antiquated cable cars transporting people down streets came into my view. I put the kickstand down on my bike so that I could observe San Francisco from a bird’s eye perspective for just a few moments longer. 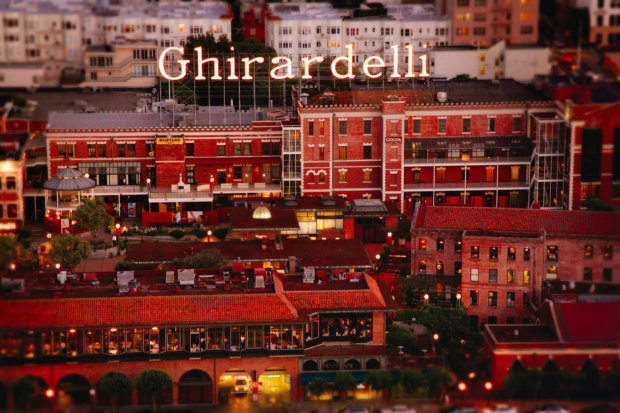 Everything was so orderly, yet perfectly laid back; old-fashioned, yet astonishingly modern, but most importantly, gracefully classic, while still capricious and unexpected. How could there be so much variation in forty-seven miles? My perseverance had led me to appreciate the uniqueness of this beautiful city. Nothing was more perfect than that moment, when I realized how mellifluously provincial and contemporary had combined, to result in a truly unique travel destination. 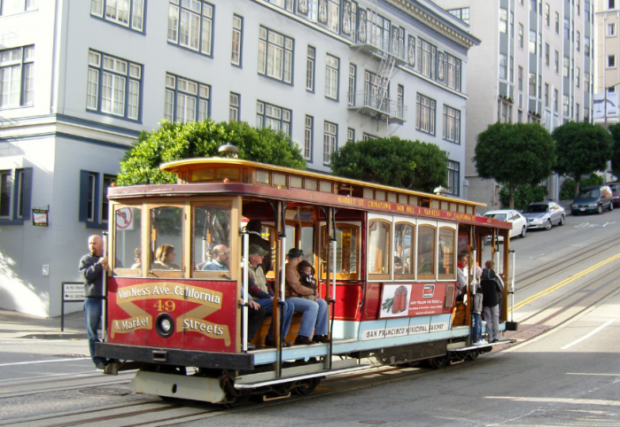 A cable car in the streets of San Francisco

It wasn’t long before I completed my expedition, finding myself in Sausalito. I took a ferry back to Fisherman’s Wharf, where I thanked the bike rental shop for the amazing ride I had enjoyed. The thought of leaving pained me. There was no way I would be able to get on a plane in less than twenty-four hours! How I envied those who called my vacation spot home!

As I drove on the Golden Gate to the San Francisco International Airport, I took to social media to reminisce on the wonderful time I had, and thanked San Francisco for allowing me to enjoy its pleasures. I guess the words of Rudyard Kipling really are true – “San Francisco has only one drawback—‘tis hard to leave.” You bet it is.

Dena Gershkovich is a blogger and entrepreneur from New York. Dena loves pretty much anything creative from art and hairstyling/fashion to writing and cooking. Writing helps her to combine her passions for nutrition and creativity with her love of writing.

A Taste of Cuba
Read