5 Brain-Boosting Foods, Herbs & Supplements You Should Be Using

Work these into your diet for a brain-boosting kick.

Do you ever wonder about Albert Einstein’s diet? Perhaps I have too much time on my hands, but you have to admit, it would be interesting to know what made him so smart? I bet you his diet had a lot to do with it. Food is medicine. I firmly believe that. It not only fuels our body, but also our minds. Are you eating the foods that will enhance cognitive performance, or hinder it?

There are many natural ways to boost cognitive performance, but I am going to focus on the top foods, herbs and natural supplements that will supercharge your mind and have your family and friends calling you Einstein, in no time. 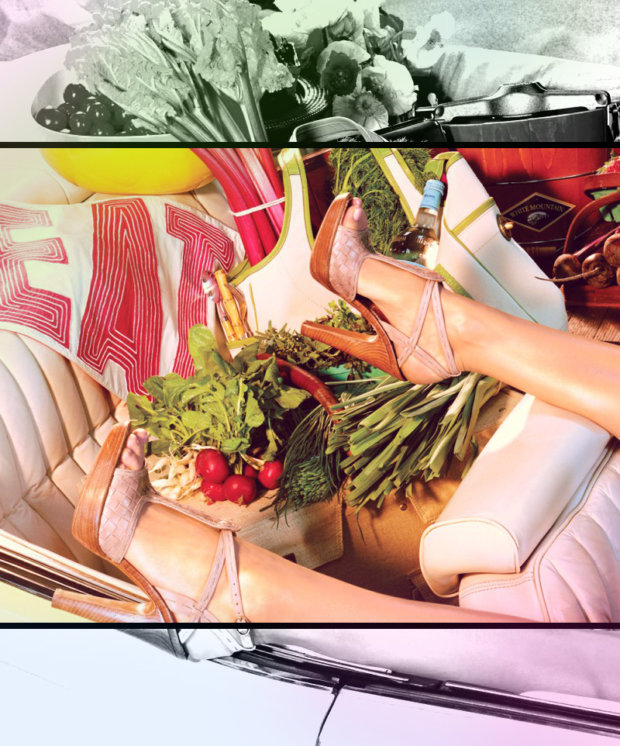 Let’s face it-we are getting older every day. As we get older, we have less blood flow to certain parts of the brain. Behold the beet!!! Drinking beet juice restores blood flow to the parts of the brain that are compromised when we get older, improving cognitive function. For those of you who have juicers, this brain-boosting ingredient should be in every glass. If not, stop by a Whole Foods or Trader Joe’s and pick yourself up a bottle of beet juice. Your brain will thank you. 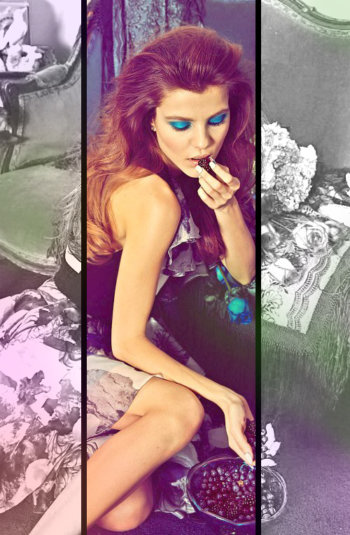 Recent studies show that the powerful antioxidants and phytochemicals in blueberries may improve cognitive function. Studies have shown that blueberries protect the brain from oxidative stress and may reduce the effects of age-related conditions such as dementia and Alzheimer’s Disease. British scientists who made the discovery believe the antioxidants in blueberries stimulate the flow of blood and oxygen to the brain – and keep the mind fresh for up to 5 hours later. Sprinkle them over your salad or buy organic frozen blueberries and add them into your morning smoothie.

Have you ever looked at the shape of a walnut? What does it remind you of? That’s right, a brain. How clever is that? It is shaped like a brain and it helps to enhance your brain function. Walnuts are the only nut source that contain ALA ( alpha-linolenic acid), which helps to promote blood flow and the delivery of oxygen to your brain. Walnuts help to improve memory, learning, and motor skill coordination. So grab a handful and get crackin’.

I consider garlic an amazing superfood. It is obviously not something that you want to consume before you go to work every day; garlic-breath is not a good way to make friends. But eating it will help you perform better at work. Not to mention, according to research published by the medical journal “Cancer”, by the American Cancer Society, garlic has been found to stave off some forms of brain cancer by killing off glioblastoma cells, which are malignant tumor cells. Garlic also protects our brain from inflammation that could lead to conditions such as Alzheimer’s Disease.

Avocados, are loaded with monounsaturated fats, which improve blood flow. Healthy blood flow=healthy brain. Plus, there are tons of ways to eat them. Did you know that avocados are the ingredient in smoothies that make them so darn rich and creamy? But don’t worry — your smoothie won’t taste like avocado, since they take on the flavor of the smoothie. Or you can simply slice it in half, remove the pit, squeeze a lemon over it and add a dusting of Himalayan salt. Guacamole is another great way to eat avocado. 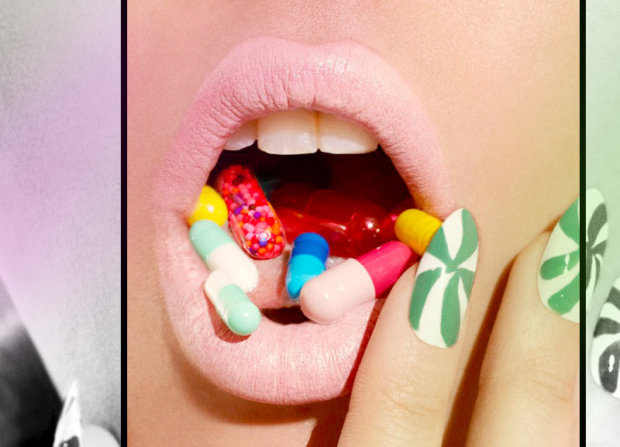 Want something you can take on the go? Here are 3 naturally brain-boosting supplements:

Studies in both the US and in Europe have found that this herb actually helps to regenerate brain cells and improves memory and brain reaction performance. As far as its brain regenerative properties, Ginkgo can stimulate BDNF, a protein found in the brain and in the peripheral nervous system that is essential in the regulation, growth, and survival of brain cells—especially important for long-term memory. It’s believed that ginkgo works by thinning the blood and thereby improving oxygen flow to the brain. The brain is a glutton for oxygen, so it’s possible that even a slight lack of circulation can affect its performance. (Don’t take it if you’re taking any other blood-thinners, like Asprin or Ibuprofin.) Use it as a tea by bringing 2 cups of water to a boil. Add 1 ounce of organic Ginkgo biloba leaves; let steep for 10 minutes. Strain and serve.

Derived from the Chinese moss Huperzia seratta, one study out of China showed that it improved memory and learning, and it has been used in China to boost brain function for centuries. Huperzine-A appears to block an enzyme in the brain that breaks down acetylcholine, a neurotransmitter. Acetylcholine carries information across synapses, the space between brain cells, so the more of it in your brain, the better.

L-Theanine is typically extracted from green tea and works by effectively crossing the blood-brain barrier and increasing GABA and dopamine levels in the brain. Many users report that by combining L- Theanine extract with coffee they notice a considerable improvement in the quality and depth of their thinking after only an hour or two and they are able to sustain focus and concentration for longer periods of time. There is also now a growing number of research studies to back up this anecdotal user feedback. These studies evidence the effectiveness of combining L- Theanine extract with coffee to deliver an alert and focused mind with exceptional depth and quality of thinking. L-Theanine is one of the few supplements that does not have any known negative side effects when used at the appropriate dosage and appears to negate the jaggedness often associated with coffee while delivering a clear and sharp alertness. A new study from Japan shows that taking daily supplements containing L-Theanine may also help people with anxiety focus on their daily activities. 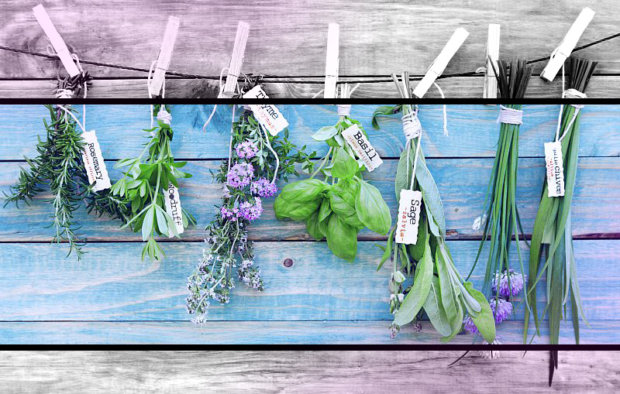 …and a few herbs…

A member of the mint family, sage is a known memory enhancer and may protect the brain against certain processes that lead to Alzheimer’s. It may work by protecting acetylcholine, a chemical messenger in the brain that’s critical to memory. In a British study, healthy young adults performed better on word recall tests after taking sage-oil capsules. Add it to tomato sauce, butternut squash, or steep 2 teaspoons dried sage in just-boiled water for a strong cup of tea that provides a therapeutic dose.

This herb is more than just an aromatic spice. Rosemary has also been traditionally used to improve memory. Science backs this tradition since like Ginkgo biloba, rosemary has been shown among laboratories to have antioxidant properties that neutralize free radicals. The Department of Psychology, School of Life Sciences, at Northumbria University, found that when rosemary is inhaled and eaten, cognitive function increases.

Known for its antispasmodic, antibacterial, anti-cancer, and sedative effects, periwinkle also makes a great herb that enhances memory. Its seeds and leaves actually contain vincamine, which is considered as a precursor to vinpocetine, a blood thinner that improves circulation of blood to the brain and promotes better oxygen use. Today, this chemical is widely used to enhance memory naturally. In fact, vinpocetine is one of the most potent ingredients found in many pharmaceutical products for Alzheimer’s disease and dementia. A cup of periwinkle tea is sky-high in alkaloids—calming, muscle-relaxing, and virus-fighting mega compounds. Pour a teaspoon of organic periwinkle leaves into a cup full of boiling water and let steep for 5 to 10 minutes. Once steeping is done, strain to remove the herbs. The tea can be bitter, so add a teaspoon of raw organic honey to sweeten.

The lush leaves of this tasty plant are deliciously pungent—the scent alone goads the brain into a flurry of focused ability. The next time you feel stressed, have a cup of organic holy basil tea. It’s been shown to increase blood flow to the brain, improving both mood and memory.

When it comes down to it, good quality deep sleep is probably the most important factor in preserving memory and clarity of thinking during the day. But what you put into your body is a close second! If Einstein were here today, he would agree. Incorporate these superfoods into your diet and watch your cognitive performance soar.

Do you eat specific foods because you know they’re good for you?

Rebecca is Urbanette's Beauty and Health Editor. She is an expert in all things related to beauty, holistic health, organic food, toxins, and fitness. She is a part-time model and nutritionist who grew up in Canada, spent most of her adulthood in Brooklyn, and now lives with her boyfriend David in Zurich, Switzerland. Check out her blog at RadiantPeach.com

How To Understand and Love Yourself
Read

8 Reasons Not To Have Kids
Read