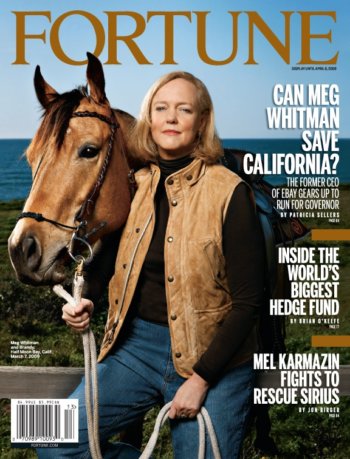 “Remember that you can do anything you want to do. Don’t let anyone say, ‘You’re not smart enough… it’s too hard… it’s a dumb idea… no one has done that before… girls don’t do that.’ My mom gave me that advice in 1973. And it allowed me to never worry about what others were saying about my career direction.” – Meg Whitman

Meg Whitman has built her reputation in a corporate world still largely run by men. She worked for a number of companies doing brand management and strategy including Disney and DreamWorks, Procter & Gamble, and Hasbro. After that, she served as CEO of eBay. During her 10 years at eBay, she oversaw its expansion from 30 employees and $4 million in annual revenue to more than 15,000 employees and $8 billion in annual revenue.

In 2008, she was cited by The New York Times as among the women most likely to become the first female President of the United States. She is the fourth wealthiest woman in the state of California and she spent more of her own money running for governor of California than any other political candidate spent on a single election in American history. After failing to win the California governor’s race in 2010 she was tapped to run computer giant Hewlett-Packard. She is now the Chairwoman, President and CEO of HP and, in 2014, Whitman was named 20th in Forbes list of the 100 most powerful women in the world.