Is Religion Afraid of Women?

Why did our view of women get so distorted?

When you think of Catholic nuns, does radical feminism come to mind? It does for the Vatican. That is, if you think that gender equality is radical.

The Vatican caused a scandal when they reprimanded the largest group of Catholic nuns in the United States, ostracizing and ‘disciplining’ many for having “serious doctrinal problems’’ and promoting “radical feminist themes incompatible with the Catholic faith’’. They launched a male-led investigation (of course, because why should any women ever have a say??) and concluded that the nuns challenged church teaching on homosexuality, abortion, and women in the priesthood. (God forbid!)

In comparison to the pedophelia/molestation issues that the church has, it’s like they threw boulders at these women, compared to the teeny tiny pebbles they symbolically throw at priests (before they re-assign them so they can molest third-world children whose voices won’t be so easily heard). The whole thing is completely F-ed up.

The Vatican’s reprimand would be funny if it were not so tragic. And lest you think the Pope Francis is some kind of awesome progressive pope, let me disillusion you. He reiterated the Vatican’s old-timey sexist point of view on the issue, and stated that nuns shouldn’t be feminists.

The Church continues to tell women what to do and how to behave without taking into account the tremendous changes that have occurred in our society in the last hundred years.

It’s not just the Catholic Church that has a stick up their butt. Nearly all religions seem to have very similar attitudes towards women. Women are perceived to be ‘dangerous’ and ‘sinful’ and therefore need to be controlled. Many religious leaders tell us that it is ‘God’s will’ that women be treated as inferior beings; which leaves me to wonder – do they think that ‘God’ disdains women, in spite of having created them?

But is this really true? Do our religious texts actually say that women are inferior to men? That they need to be controlled and subjugated? A closer look at all major religious texts of the world will prove that there’s a lot of gray area when it comes to women. Yes, most texts say that a woman’s primary duty is as a bearer and nurturer of children. Some also say that the women are inferior to men. However, before we label all religions as being anti-women let’s look a little deeper… 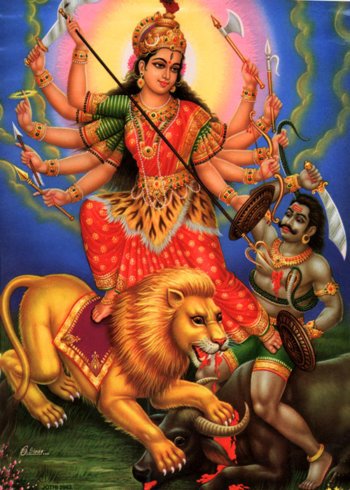 Durga, the Hindu goddess, is a totally badass superhero

Ancient Hindu texts portray women as the embodiment of ‘Shakti’ or ‘power’, with even male Gods bowing down and worshipping the Mother Goddess, who was the embodiment of feminine strength. Many Hindu goddesses are portrayed carrying weapons, clearly indicating that, far from being meek and passive, these goddesses were ready to literally ‘fight’ evil. The Quran says that man and woman were created from the same soul and both are equal in the eyes of Allah. And Jesus, after resurrection, appeared first to a woman.

In fact, all major religious texts advocate respect and dignity for women. Why and when then, did our view of women become so distorted?

Perhaps the answer lies in the fact that all religious texts and teachings are interpreted by men. And men have traditionally divided women into simply two classes. One is the virgin goddess – sexless, selfless and obedient who is stripped of all human desires and who exists only to obey and serve. The second is the whore or the prostitute – the evil temptress who leads man astray and causes his downfall. When we examine this archetypal male view of women, we begin to understand why religion appears to be almost afraid of women.

Men have a fundamental weakness when it comes to sex.

Men have much less control over their sexual urges than women, and sex is one thing that can make intelligent, rational men behave irrationally. While men are physically (and usually economically and socially) stronger than women, a woman can get the better of a man merely by using her sexuality. One only needs to think about the number of strong, powerful men who have been brought down simply due to their sexual transgressions.

Could this be the reason why almost all major religions appear to be quasi misogynic? Perhaps men are subconsciously aware of their Achilles’ heel, and since all religious texts were written by men, what could be easier than blaming women for this weakness? Many religions seek to put women behind a veil so that men cannot be ‘tempted’. In other words, if the man could not control his sexual urges, it was conveniently blamed on the woman – it was always the woman’s fault.

But is this fear of women only caused by a fear of sex? It’s an interesting psychological question, and perhaps our primal instincts have a role to play in this. Males of all species have a primitive biological urge to perpetuate their own genes, along with a primal fear of unknowingly raising offspring not fathered by them. The only way males can make sure that they are propagating their own genetic line (and not someone else’s), is by making sure that their mates are faithful to them. Could this be the reason why society and religion seek to control a woman’s body and any woman who freely expresses her sexuality is labeled a whore?

In other words, do men seek to control women because they are afraid? And simply use religion as a tool? 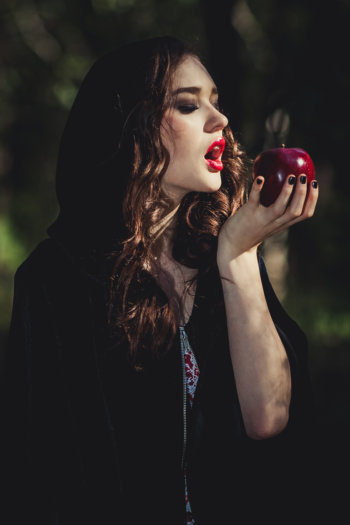 What the religious leaders, and for that matter, we all need to understand, is that nothing is constant – everything changes with time, including morals and religious beliefs. Most major religions state the primary role of a woman to be a child bearer and nurturer. Where they go wrong is when they try to pigeonhole women into only that role, and tell women that God wouldn’t want them, as inferior beings, to be in positions of power in the church. This sends a message to society that the church thinks that women should not be allowed to hold positions of power. Period.

Before we start pointing to texts which seem to preach an inferior status for women, we should also take into account the time and age when these ancient texts were written. All religious texts were a product of their times, when the social and economic conditions were very different from what they are now.

Today, the values have changed; and clinging to outdated religious ideals and archaic notions of morality will only serve to drag a society back to the dark ages. Expecting women to obey outdated religious and moral principles, may eventually cause them to slowly abandon religion altogether. And that would be a pity, as there is much good to be gleaned from religion.

Religion serves to bind a community together and inculcates a sense of morals, discipline, and faith in a kind, loving God who helps us get through tough times. Religion can give strength and peace of mind to all of us, especially in today’s world where we all need something to believe in.

It is high time for religious leaders to recognize that things have changed and accept that men and women are not enemies or adversaries – they are partners and allies who are stronger and happier when they are together. Neither is superior or inferior, they are just different from each other and this difference should be accepted and celebrated. Rather than characterize women as ‘sinful’ and the cause of a man’s downfall, religion should accept her for what she is – man’s partner and companion and the mother without whom all creation would come to in the end.

Perhaps the Vatican should take a good look at how Jesus treated women and change their tune. It’s time for them to stop oppressing and start preaching equality. If they don’t, they run the risk of alienating a society that is (thankfully) getting more progressive by the day.