How Do Celebrities Really Affect Us?

Most of us find celebrities gripping in one way or another. Curious about the effect that’s having? We were too.

As a teenager, I worked at a summer camp for young kids. One summer, as we sat around the campfire, I told the kids about a movie I’d seen. Naturally, they wanted more details. While a few of the other counselors chatted about the film’s plot, on our side of the campfire the conversation devolved to talking about the actors’ personal lives. This information enthralled most of the kids. Only one stopped me to ask, “Why do you know so much about her?”

It’s impossible to escape celebrity culture. Images and details of everything celebrities do, from grocery shopping to partying, is plastered all over every newsstand and supermarket checkout aisle. Their love lives are all over the Internet. Their charitable involvements and political opinions are newsworthy. We consume their private lives like public commodities. They’re treated like extensions of the entertainment industry they work in. But how does this culture of celebrity worship affect us? 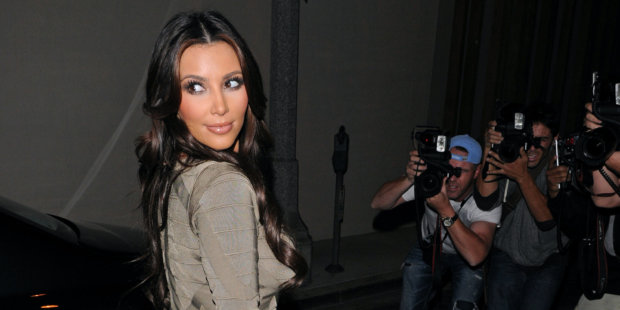 We see celebrities through a screen of Photoshop, professional makeup, and designer clothes. We then broadcast this unrealistic beauty fantasy to every media outlet in the country and impose it on every woman. The impact that these unrealistic images have on our girls’ self-esteem is well documented, but we don’t stop. Some celebrities, including Jennifer Lawrence, Kate Winslet and Keira Knightly, have spoken out about this manipulation. But these lone voices are not enough to negate the terrible impact ‘Photoshopping’ has on our culture. 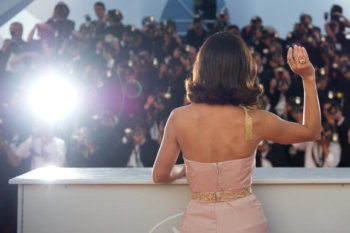 The stereotypical Hollywood beauty standard creates a conformity culture. Instead of celebrating diversity in beauty, we all want to look like Taylor Swift or Angelina Jolie. Hollywood celebrates the same body type, skin color, tiny nose and perfect facial features over and over again. Meanwhile, we shunt every other kind of ‘imperfect’ beauty to the sideline, and rarely ever mention intelligence or personality. After all, beauty is so much more important, right?! [Wrong!]

It’s time their power was checked…

The problems with this conformity culture extend beyond just beauty, though. Many of Hollywood’s products encourage sexist and racist tendencies. People of color get little representation in popular media. The film Exodus: Gods and Kings actually cast white actors to play ancient Egyptians. Meanwhile, less than half of all movies released pass the Bechdel Test (which rates films based on the criteria of containing at least two female characters who talk to each other about something besides a man), even though its standards are quite low. Every movie should have enough women to pass this test without even trying, but few succeed. Hollywood can’t pass basic standards of representation, yet they command significant social power. 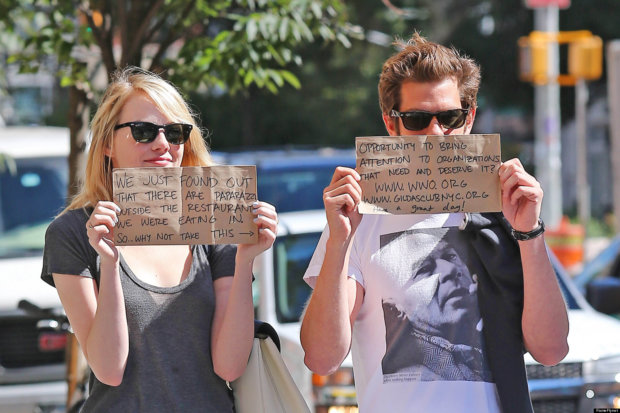 Couple Emma Stone and Andrew Garfield using their celebrity status to draw attention to a good cause after leaving lunch in New York City.

The popularity of interviews means that celebrity culture now reaches into every aspect of actors’ personal lives and opinions. While women like Emma Watson use this power for good, others share their uninformed views in damaging ways. Shailene Woodley, for example, announced that she isn’t a feminist because she doesn’t hate men. She is one of many celebrities who have denounced feminism for reasons that reveal their ignorance on the subject. More disappointing than Woodley’s uninformed views, though, was the attention they got. Woodley has no idea what she’s talking about when it comes to feminism, since she dismisses it as a man-hating war of the sexes. So why do we listen to her?

Shailene Woodley’s starring roles in two young adult hits means she has a huge tween fan-base. Because of our growing obsession with celebrity culture, her tween fans are by now well aware of her opinions on feminism. It’s easy for informed adults to dismiss Woodley’s views, but most of her tween audience is new to feminism. For them, Woodley’s uneducated words can do a lot more damage. Of course, Woodley should have her own opinions, incorrect as they may be, but that doesn’t mean the media should spread them around. Shailene Woodley’s profession in no way qualifies her to talk about feminism, but we still listen to her opinion. 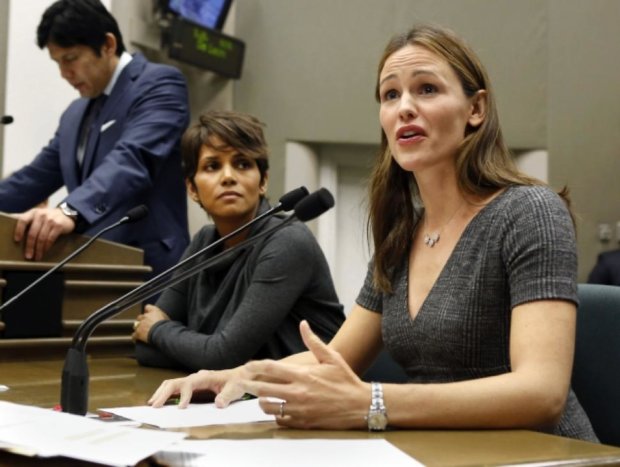 Honestly; why should we care so much about what she has to say?

More worrying is the blurring line between celebrity and politics. Celebrities endorse politicians and presidential candidates. Though we all like to think that their opinions don’t affect ours, they do have an impact. Given the way most media channels broadcast their opinions, it’s hard to escape. It goes the other way as well: politicians have appeared in the past on talk shows meant for actors to talk about their personal lives. But we shouldn’t mix Hollywood and Washington. Actors have a right to their political opinions, but it’s not appropriate for them to carry so much weight in society at large.

We’re all conforming to the same ideals; it’s time to break free of the Hollywood mold.

As a huge movie fan, I believe in the work actors do. The entertainment industry can be a source of inspiration, powerful commentary, or great laughs. But Hollywood’s social power goes far beyond the movies it produces, and it’s time that power was checked.

The solution is to disengage with the celebrity world. It’s hard to escape the constant barrage of information that overwhelms us everyday, but it’s worth it. Each of us can make the choice to de-glamorize celebrity and step away from the damaging culture of celebrity worship. Limit actors’ power of widespread expression to the movies that made them famous in the first place. Only in this way can we limit the inordinate cultural power Hollywood currently commands.

How do you feel about your interactions with the celebrity world?