Confessions from a Cocaine Past

How I spent my 30’s in NYC: lying, cheating, and partying till dawn.

By Anonymous Exclusively for Urbanette

It’s 4am on a Saturday night in New York City and I’m still looking for a place to go. I’m texting friends, having difficulty focusing, and have become extremely limited in my communication abilities. My mind is functioning, but carries on in a mode of selfishness, uncaring, and anger. Why? Because I’ve been doing key bumps since I walked in my door. I told myself that, this time, it’s to celebrate that big sale I just made. 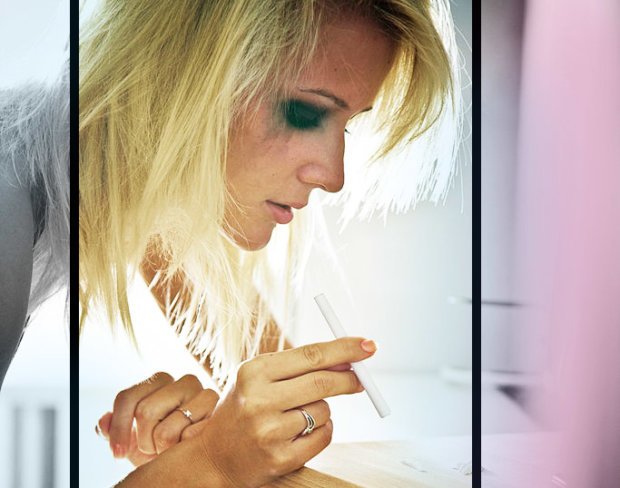 It’s strange when I look back and realize that I was ‘celebrating’ using a substance that made me an unhealthy and a different person—a person who didn’t act their age (late 30’s), a person who lied, a person who cheated, and a business owner who was suddenly canceling big meetings to sleep for a few extra hours after waking up with a nose bleed.

These events took place probably once every couple of weeks but were interwoven with typical shorter evenings out with the same partying parameters at stake. Nights weren’t fun any longer unless we knew somebody had a bag, which connection could meet us for refills, and who would share party favors with us. 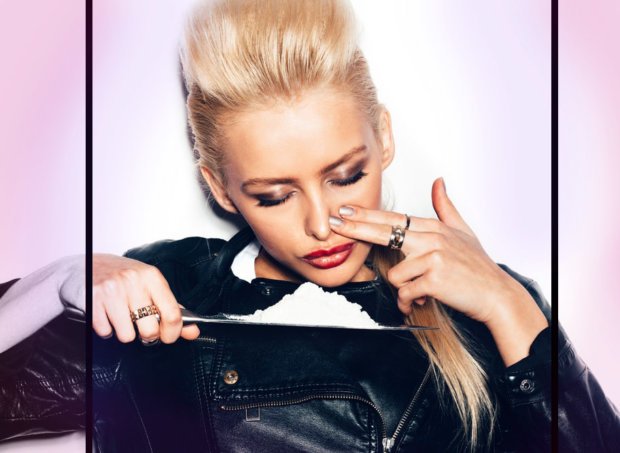 “Whether it was sitting around in somebody’s living room for hours, having dinner with friends, watching a concert, or just dealing with everyday life, somebody had it, if it wasn’t in my own pocket.”

As a business owner with over forty employees, I had always taken my work seriously, but suddenly I was suddenly caring less about it. Please understand that I wasn’t addicted to the point where I needed several lines each day to hit lofty peak plasma levels, but I did need my fix, whether it was a key bump, half line, or just a sniff of remaining crumbs on the countertop from a previous night. I knew I had an issue and knew there would be a day I would either fix it or continue this downward spiral.

“Whether it was family events or even business meetings, I would sneak a bump from time to time.”

I remember working a very long day at the office and, still having some work to finish, I decided to do a quick bump after eating a chocolate bar and drinking a coffee. During my drive home I remember singing out loud to music and knowing that my left arm and side felt like it was going numb. I sang louder to drown this feeling out of my system, but it continued to persist.

Suddenly a full numbing sensation ran through my entire left side from upper arm to feet, which forced me to pull to the side of the highway. I thought to myself, ‘Fuck, I’m having a heart attack!’ and then tried to relax by taking some deep breaths to limit my anxiety, but that seemed to just make the numb sensations worse. I can clearly remember smacking my chest with my hand and saying, “Don’t die, don’t die like this.”

Just writing this makes me want to kick myself because — amazingly — even that didn’t stop me.

I got home, parked my car, hopped in a taxi and went to the ER. My blood pressure was off the charts. The ER physician asked me what I had eaten, done, etc. and I withheld the information about the cocaine. When he told me a blood test would be taken, I shared my secret with him. He then told me how this was caused by the cocaine and, about two hours later, I was released and went home to think about my life and get some sleep.

It was only a few days later when I decided to partake in yet another evening of white powder.

Those consistent parties were followed by two more hospital episodes while I was out of town visiting clients. I remember sitting in the lobby of a hotel in Chicago and watching five paramedics from the fire department come in, take my blood pressure, and wheel me out on a stretcher.

I didn’t travel with the cocaine, yet it traveled with me, remnants floating around in my system. When the aftershock was mixed with business travel, exhaustion and/or relational issues, the numbness would appear more frequently and the fear of another episode was always on my mind. 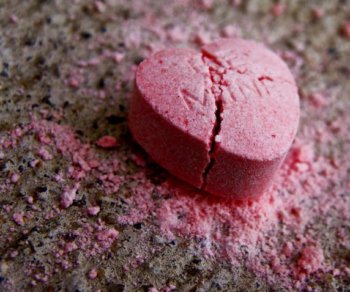 Unsurprisingly, my relationship ended after several years because I lost emotional and physical interest with an absolutely wonderful person. I would make up excuses about not wanting sex; I would lie about where I was and who I had been with; I would sleep on the other side of the bed wishing I was alone.

I was the bad person.

My friends became people who wanted to stay out until 6am, although, I still typically went home around 2am because the cocaine started doing the exact opposite of what it’s supposed to do. It’s supposed to suppress the appetite and give you energy, but I was immediately feeling lethargic and hungry — another sign to stop.

I would often wake in the middle of the night in need of an Ambien just to fall asleep, as sweat dripped down my forehead and I felt tingles in my feet. That, and a few more nosebleeds.

I was on my way to losing everything.

I stopped working out because I was fearful I would drop dead on the treadmill. I stopped talking with nice people because I didn’t have time to hear them out and communicate the way one should. I spent less time with my family and hid my secret from them. Still to this day….. never a word.

Ok, you get the hint. It’s bad stuff. So, how did I quit? I met somebody who talked some sense into me. Somebody with values and ethics like nobody I have met before. Her name? Hilary Rowland.

Hilary got me to take a deeper look into myself. All of this time, all I needed was a verbal bitch-slap from somebody I cared about who knew exactly what I was doing. Her verbal fearlessness mixed with my sudden honesty basically transitioned my life. She knew me. I stopped.

It’s amazing that nobody else ever once intervened and told me how stupid it was. Nobody ever said that I was being selfish. Nobody explained to me that I was being a toxic person and spending too much time with other toxic individuals. Well, finally, somebody spoke up…. and I stopped.

I will thank her forever because my life should be longer, happier, and healthier now. My mind is clear, activities have increased, work is stronger than ever, my sex drive is back on track, and I search for opportunities where I can help others and give back.

When we die, all we take with us is that which we’ve given to others. Those little acts of kindness mean more than anything else. While using cocaine, these little things are completely forgotten. You just don’t care about them — at all. I encourage anybody reading this article to speak up to your friends, loved ones, and acquaintances and bring those little things back to life. If they hear you, there’s a good chance they’ll listen and throw their demons in the trash.

And to Hilary: I just want to make sure I say it loud and clear, “Thank you for caring—you mean more to me than words can possibly express.”

5 Tips For Starting a Business With Friends
Read