“The City of Romance”, with its charming streets, history and elegance, left me wanting more…

Arriving in Verona, Italy after only a one-hour train ride from Milan, I was pretty stoked. Verona had always been on my top 10 list of cities to visit. How could it not be? After all, I do have something of an obsession with Shakespeare’s ‘Romeo and Juliet’. 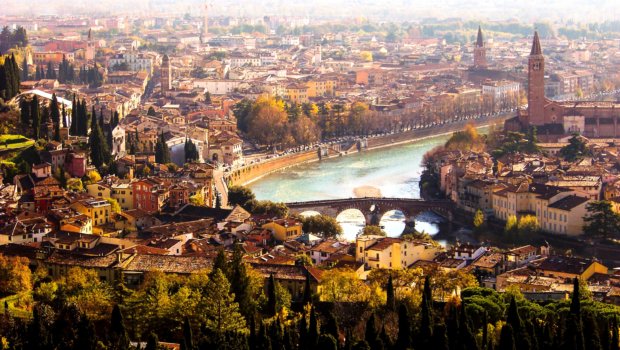 The buildings of Verona have preserved the historic feeling of the city, while the stores balance it out with a sense of modernity. Italy has always been known for being a shopping mecca, but Verona took it to a whole new level for me. The city’s charming streets, history and elegance left me wanting more. 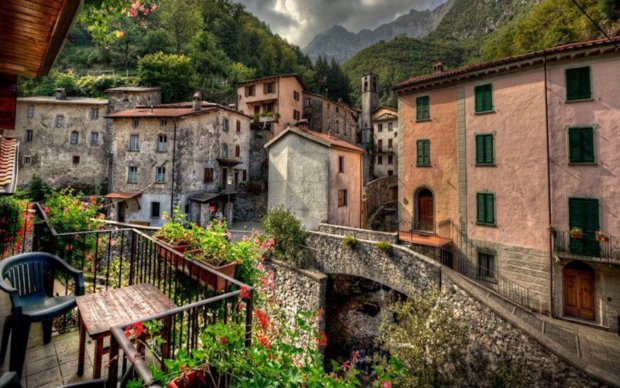 Due to Shakespeare’s “star-crossed lovers,” the city of Verona has become quite popular. Rick Steves, an American author and television personality who focuses on European travel, said it best: Verona is “the city of romance.” It is Italy’s fourth-most-visited city — and understandably so. Read on for a few of the must-see places I experienced in this incredible destination. Each is a 5 to 15 minute walk from the next, and you can see them all in one (very full) day.

This impressive Roman amphitheater sits in the heart of Piazza Bra and should be everyone’s first stop. It was built in the first half of the 1st century A.D., which is the period marking the end of Augustus’s empire and the start of Claudius’s. 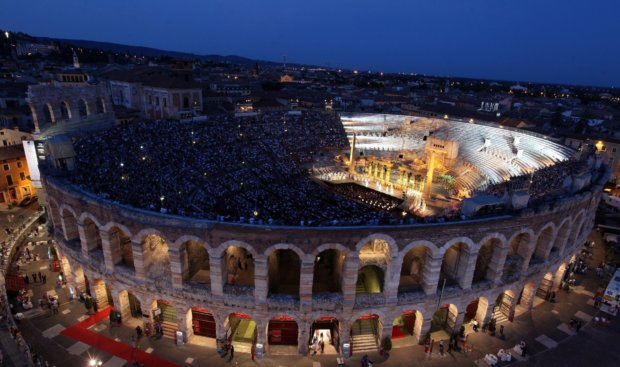 Walking through the archway and into this incredibly large amphitheater, I was in awe. Not because it was the 3rd largest amphitheater in Italy after Rome’s Colosseum and amphitheater of Capua, or because it produced flawless acoustics because of its elliptical shape. No, it was because of all the marble. The entire amphitheater was built with squared blocks of marble!

We climbed our way through the rows of seats to the top in order to see the famously beautiful view, but once we turned back around we all wondered the same thing: how the heck were we going to get back down without slipping?? Yes, the marble blocks are wonderful and gorgeous — but also dangerous. Especially when you’re me and have a tendency to trip over your own feet. So, I decided to go down block by block by sliding down with my butt, as did a few others.

If you can, book a visit when there’s a performance taking place. The arena hosts many concerts, however, it is the Arena di Verona Festival (Verona Arena Festival) that you should be looking forward too. It is a summer festival of opera, which started in 1936. Opera and ballet performances run from June to September every year. Here is a list of performances and dates taking place during the festival this year: 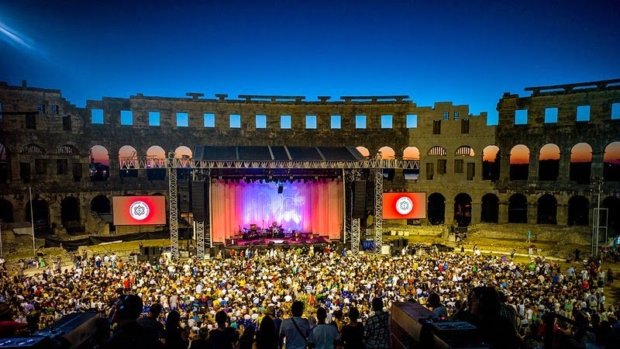 June 19th to September 5th: Nabucco is a four-act title much appreciated by Verona’s audience. It is based on the biblical stories from the Book of Jeremiah, the Book of Daniel and the 1836 play by Auguste Anicet-Bourgeois. The performance is conducted by Riccardo Frizza and Julian Kovatchev.

June 26th – August 14th: Tosca is a three act title about love and loss. It tells the story of the love between Floria Tosca, famous opera singer, and Mario Cavaradossi, a painter and political activist. Conducted by Julian Kovatchev.

July 4th – August 12th: Don Giovanni is a two act title, which is based on the legends of Don Juan, a “fictional libertine.” Conducted by Stefano Montanari.

Anna graduated York University with a Bachelor of Arts Honours degree in Professional Writing, specializing in Journalism. She started off writing book reviews for her own website, and from there branched out to writing for numerous publications. She hopes that her work will inspire and interest readers, allowing them to question, write and express their thoughts and opinions (starting with in the comments!)

Examining the Motivations for Slut-Shaming
Read