“The City of Romance”, with its charming streets, history and elegance, left me wanting more…

When visiting Verona for just one day, you may not have time to visit museums for a long period of time, however, you can enjoy the views from the outside, as well as hang out on the gorgeous piazzas and take in the history. 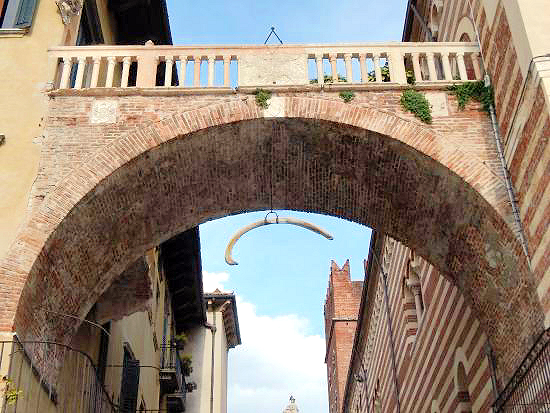 Leaving Casa di Giulietta, take a four minute walk towards Piazza dei Signori through Piazza Erbe, which is a beautiful city square filled with sculptures, historic buildings and market stalls selling just about everything. The atmosphere on Piazza Erbe is lively, and you’ll likely find yourself surrounded by hundreds of tourists, as well as locals.

An archway leads Piazza Erbe into Piazza dei Signori. The whale’s rib bone has been hanging for 1000 years under that arch, right behind Dante’s sculpture. According to legend, the bone will fall only when someone walks under it who has never told a lie. Pretty cool stuff, right? But, if you’re not into legends, the piazza does include buildings from the 12th and 17th centuries that surround the four sides. It’s a great place to relax, enjoy some snacks from the market stalls, and just people watch.

This impressive stone bridge was built originally in wood, then later on in white and pink stone. It’s only a seven minute walk away from Piazza dei Signori, and worth the walk for the sweeping panoramic view of Verona. The right bank was built in the middle ages and then destroyed in the second world war, and that side alone was rebuilt shortly thereafter. When I got up close I could see some of the original materials that had been kept even after the rebuild. 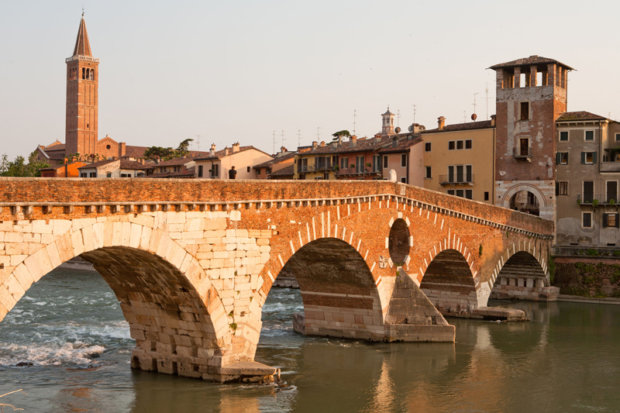 The mixture of red brick and white stone is what, in my opinion, makes the bridge such an impressive sight. The coming together of various architectural styles, which highlights the different historical periods that make the bridge memorable.

Anna graduated York University with a Bachelor of Arts Honours degree in Professional Writing, specializing in Journalism. She started off writing book reviews for her own website, and from there branched out to writing for numerous publications. She hopes that her work will inspire and interest readers, allowing them to question, write and express their thoughts and opinions (starting with in the comments!)

Examining the Motivations for Slut-Shaming
Read