Ten Facts That Will Make You Reconsider Trying Diet Trends

Want to detox? Have lots of energy? Lose weight? This isn’t how to do it.

As the child of a fad dieter, my relationship with food was skewed at a young age. Honestly, I think my mom’s obsession with diet trends had the opposite effect for me than it would for most impressionable teens. Rather than jumping on trends myself, I became disenchanted with the idea of dieting. I mean, honestly, it was a never ending cycle. The media, Oprah, or Dr. Oz would come out with a new “health fact” and suddenly we were throwing out everything in the house.

I know I’m not the only person who grew up with fad diets, but unfortunately, I knew many other teenagers that resulted to starving themselves, even cutting water out to lose the weight. Even models take dramatic measures to achieve their seemingly-flawless look. If you’re trying to assess what diet trends are effective and which aren’t, consider this:

You could jump-start your New Year’s resolution if you just had the energy right? Wrong. The best source of energy also comes from a balanced, healthy diet with complex carbs, proteins, fruits, vegetables, and healthy fats. Energy drinks actually contain an overdose of niacin and other vitamins which can cause serious heart problems, beginning with the first dose. 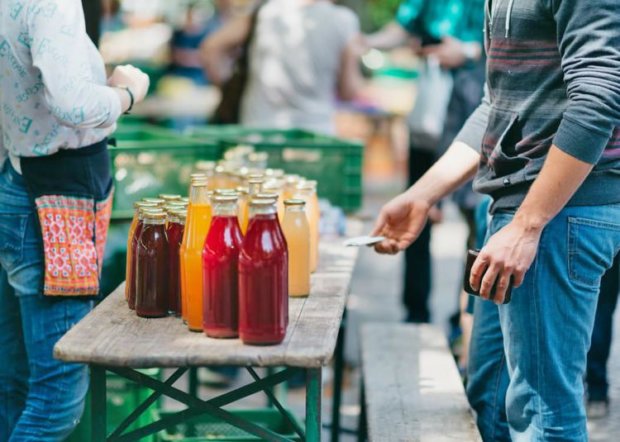 Any time you cut out major food groups and remove variety from your diet, you are actually telling your body that you are starving. Initially, this does speed up metabolism, but as soon as you start eating again, your metabolism will grind to a halt. Not to mention, most of the weight lost with cleanses comes from water leaving your body.

Models and MMA fighters have both been guilty of cutting water to lose weight. Your kidneys and liver filter toxins out of your body, and they need water to function properly. People who use detox water to lose weight should do this on the long term, not just as a fad. Detox water recipes should be incorporated in one’s daily routines & regular diet for positive long-term results.

As mentioned earlier, starving yourself initially helps you drop weight, but it is terribly unhealthy. As much as I wanted to be thin as a teenager, I always loved food too much to stick to this one. However, there’s a reason your body resists! Short-term starvation can wreak havoc on your metabolism and actually slow it down. Long-term starvation can lead to malnutrition, digestive disorders, illness, and death. Yikes!

If you’ve somehow missed this one, The Biggest Loser diet involves giving up your career and family for around the clock exercise and diet. This, of course, became popular when the TV show of the same name was launched. Before our very eyes, people who began their weight loss journey as morbidly obese dropped weight rapidly, up to twenty pounds a week.

While this seems inspiring, we now know that contestants were drugged and came back with eating disorders. Not to mention, people who have more weight to lose, lose weight faster than those who are carrying an extra 20-40 pounds. Ultimately, people who pursue this extreme diet will regain the majority of the weight they lost, if not more than when they started. It could even damage metabolism permanently.

What’s so super about super foods? Honestly, I’m not sure. A new one is released every week. Don’t order expensive sketchy berries online. Just grow a garden or visit a farmer’s market. 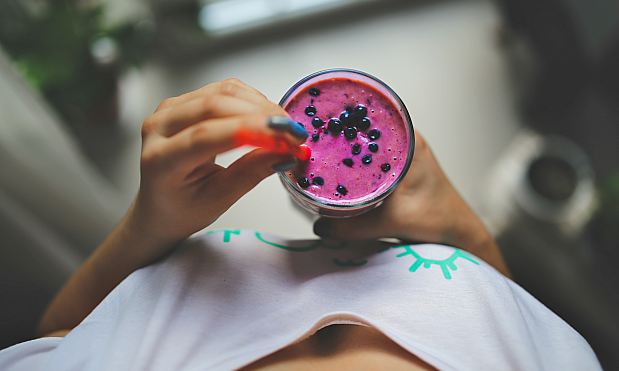 Some people, such as underweight children and cancer patients, need extra nutrients in their diet. Protein shakes were designed for people who need to gain weight. Most of them contain sugar and synthetic vitamins (the kind your body has a hard time processing). If you’re looking for extra protein, try tempeh and legumes.

Soy has long been a favorite protein source for vegetarians and vegans. Unfortunately, when eated daily, it has been found to cause serious health issues not excluding thyroid, cognitive, and fertility issues. Too much unfermented soy can cause an imbalance in hormones which can also lead to breast cancer in women. BUTTTT… tempeh is fermented soy. During the fermentation process, all the bad aspects of soy go away, and you’re left with a clean, healthy protein. So next time, opt for tempeh and go easy on the soy.

While supplementation is often necessary, the best source of vitamins and minerals comes from a varied, healthy diet. Due to the way our body breaks down food, and the fact that many vitamins sold are synthetic, we may only receive 20% of the nutrients in supplements. Not to mention, in the USA supplements are scarily unregulated.

Pills? Even if a doctor prescribes them, the most common diet pills are an amphetamine, which is basically legal meth. Yeah. Really.

11. Gluten (ok, so this one might actually be worth checking out)

First we were told that wheat bread was good for us. Now there is a war on gluten, a compound in wheat. What’s up with that?

Humans have been eating wheat since we laid down our spears to cultivate crops. It hasn’t suddenly become the devil’s crop. Well, actually, it sort-of has. Nowadays it’s mostly GMO and super heavily pesticided, which may be the true cause of people’s sensitivities. So, like with anything else, avoid overdosing on bread and pasta (unless it’s bean or vegetable pasta), and always avoid GMO produce. If you’re curious if you’re truly gluten sensitive, cut it out of your diet for two months, then reintroduce it and see how you feel. Some people notice that they their brain fog lifts, and they have more energy. Sounds like it’s worth the experiment!

You might have noticed a recurring theme here: eat a balanced, varied diet. Diet trends will not help you sustain healthy weight loss, and they could make you very sick. A diet should, first and foremost, promote a HEALTHY lifestyle, and health can come in all shapes and sizes!

Ethel Huizar is a University of Colorado graduate and a Contributing Editor at Home Remedy Book. Having achieved a Master's degree in Public Health, she became motivated by the desire to help people lead healthy and well-balanced lives. Ethel aims to educate her readers on the number of ways that nature and science can help them accomplish this.

How to Stay Healthy While Traveling
Read