Dubai: Your Complete Travel Guide to this Land of Excess

If you’ve been dreaming of skiing and suntanning in the same day, drunk on $5k bottles of Cristal, Dubai is your opulent paradise.

Have you ever dreamed of completely exhausting your credit card in the world’s largest shopping mall, then having your driver carry your bags up to your suite at an opulent 5-star hotel, while you give benjamins to all the many, many staff who assist you along the way? How about partying until dawn while scantily-clad bartenders bring you sparklers in $5k bottles of Cristal? Or skiing indoors, in the summer, then reclining on the beach, wearing diamonds? Neither have I. But for those who do, there’s a place where that lifestyle is a reality for some: Dubai. The city is as artificial as its island, and yet its population has tripled in the last decade. It’s the land where even the cops drive Lamborghinis and Ferraris (yes, really!) 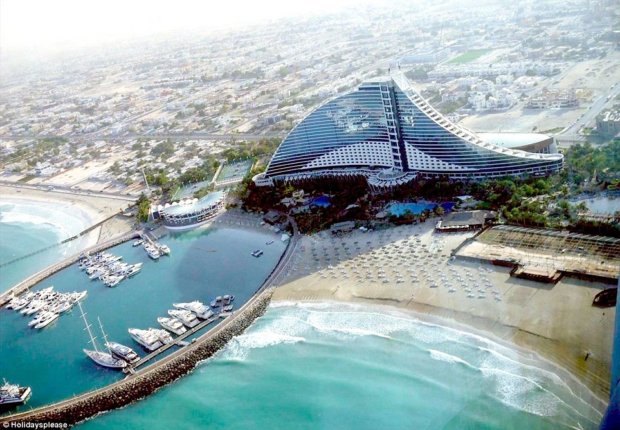 You’re probably on the edge of your seat, booking the plane tickets now, aren’t you?

But wait, you have your bags packed and your sunglasses draped over your head, but there is one final hurdle that is stopping you from jumping on the next plane to Dubai: Is it safe there?

Safety and Dress Code in Dubai

You can throw your worries into the same trash can you’ll be throwing any expenditure restrictions; Dubai is one of the safest places to travel to. I know it might be hard to imagine that, given its location in the Middle East: a little too close to Israel and Syria for comfort. But honestly, Dubai is one of those places where you don’t have to give a second thought about taking a midnight walk after a hearty, Arabic-style dinner. 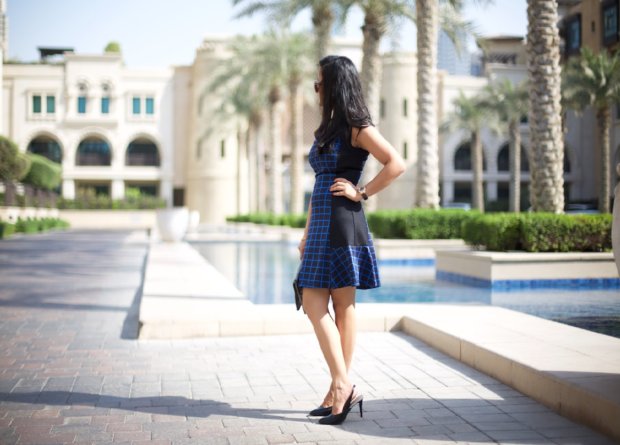 That being said, I do think it would be wise to not venture to Emirates like Sharjah and Al-Ain at night. But metropolises like Dubai and Abu Dhabi are very safe, especially if you’re travelling alone as a woman. 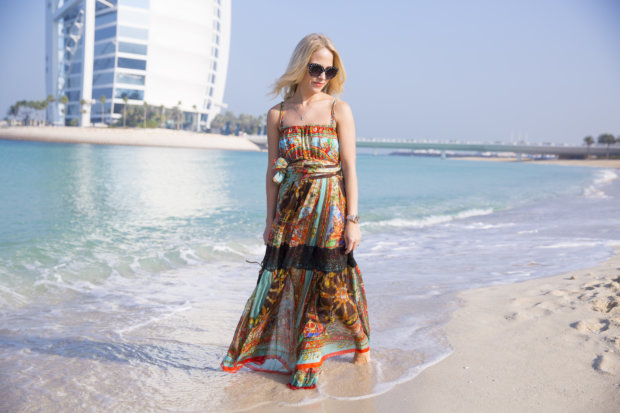 There isn’t any lawfully-enforced dress code in Dubai, except in mosques where women and men are expected to cover their heads in traditional Arabic scarves.

Pack the same clothes as you would if you were taking a summer trip to Hawaii.

Dubai is a city with a population of 90% expats, most of whom come from (cold) countries in Europe. Enforcing a dress code that requires people to cover themselves up would drive most of these expats out of the city, which would all but ruin the local economy — and lawmakers are well-aware of this.

Now that we’ve covered safety, let’s move on to how to get there, all the fun things to do there, and what to pack:

Paakhi lives in the United Arab Emirates and is an avid reader of historical fiction. She is a passionate feminist and blogs about politics and feminist issues. She likes to listen to music and document her life in a series of journals she will probably never show to anyone.

What Kind of Soulmate Should You Be Looking For?
Read

How to Find Love: 3 Reasons to Go on More Second Dates
Read