Feminism, from an Ex-Glamour Model’s Perspective

Not sure what a LBFM is? Then you need to read this.

For most of my adult life, I worked in the glamour modeling industry. For those of you who don’t know what glamor modeling is, I can summarize it by telling you that it’s an extremely objectifying, sexualizing subset of modeling. Glamour models pose not for brands and the women they target, but for men and their leering gazes.

During my time doing this type of modeling, I was exposed to a myriad of masculine abuses. This experience became the catalyst –the rock-bottom– that ignited a determination to journey into the world of academia. As the legacy of hundreds of years of feminine oppression and misogyny reverberated into my psyche, I became motivated to enact change.

Last night I watched the film Suffragette and shed a tear more than once. For those who don’t know, Suffragette depicts the plight of the women who fought to get us the vote a century or so ago. The conditions for first wave feminists were tough. The cramped urban areas steeped in poverty coupled with the strain of family life meant that the women of this movement really had to get their hands dirty. There was nothing inevitable about it. It took guts. 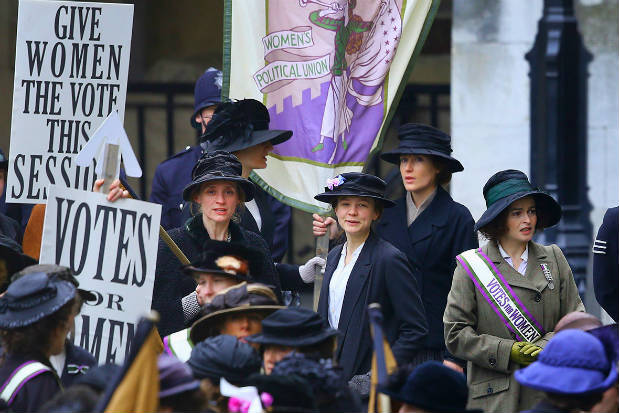 A scene from Suffragette

The irony that women had no legal right to be heard even though we lived in a democracy, was not lost on them. The lack of vote was just one in a list of many symptoms of our general subordination at large. This was perfectly encapsulated by the bullying factory boss in the movie, played by Geoff Bell, who exemplified industrialized sexual abuse through his persistent low-level mistreatment of the women workers. In short, he treated them as disposable and sexually available fodder.

The confined status of the women of the first wave of feminist uprising meant that they found it near impossible to break out from prolonged cruel treatment – because of vital needs such as keeping a roof over their family’s heads. Much of this cruelty was at the hand of men in superior positions — such as bosses who were in charge of their wage packet. The persistent touching, the groping, the raping – perfectly okayed, and derived from essentialism, which excuse men as ‘just being that way’.

It’s easy to see ourselves as far different from these women – especially when we take in the period costumes and disparate living conditions which contrast to our comfortable lives today. We have our nice jobs and active social lives, but I suggest our oppression has only metamorphosed, which brings me to…

This highly visual genre depicts human beings as sexually explicit objects who engage in sex for the purpose of entertainment. Nothing wrong with that, you might think, and in general I’d tend to agree. It’s when one gender is depicted in a completely degrading and objectifying manner, while the other is humanized and powerful, that we start to run into problems.

I have a quick exercise for you: take an hour and flip through some of the most popular porn on the Internet. You’ll witness the following: it’s the male who engineers the scenes, sometimes even talking to the camera, smiling as if to a friend. The female? Actively taking orders and being degraded, which she somehow appears to enjoy. I urge you then to have a browse and watch a few more and you’ll see a pattern forming. She is always the spectacle. The audience, the camera, and the male are buddies in this. They all together watch the woman taking it from every angle. We see her do her very best to please, to service; the same old story over and over again.

The late Andrea Dworkin, a radical feminist thinker stated, “Pornography, by definition, is the graphic depiction of whores – which is a trade in class of persons who have been systematically denied the rights protected the First Amendment and the rest of the bill of rights” (1981). Many will sneer at Dworkins’ comments as being ridiculous and dated and I’ll tell you why: In the current climate we have been lead to believe we’ve reached a utopia. Some of us think that, in Western culture, feminism is no longer needed. After all, we have comfortable enough lives. The commodity culture is at our fingertips; holidays abroad, education, all very lovely. But, to me, Dworkins’ words seem even more frighteningly fitting in this digital age.

Some of us even think that being a part of this vast sexual market equates to empowerment for women — as if it’s truly empowering that we can shout about our sexuality in contrast to the burkha-clad Muslim. But it’s not our sex to shout about. Consider that we are being lied to. That we are grossly and doggedly anchored to these oppressive representations. These views of women are being spoon-fed to our children and shaping the new generations, who unconsciously look at each other in an altogether fresh perversity. The word ‘slut’ has become a meme ascribed to young girls who wears make-up and sports the ‘sexy’ look. 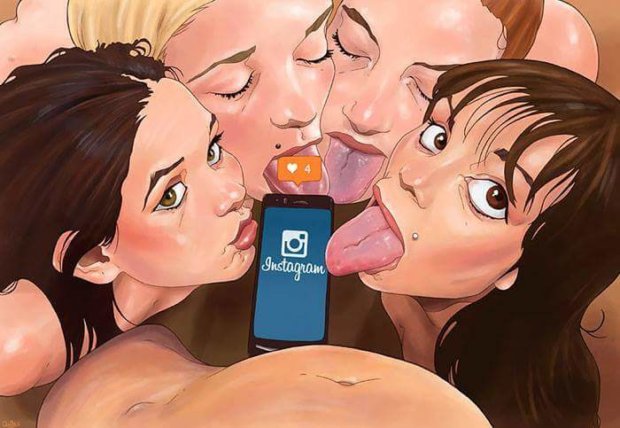 I believe that women today are blind to their oppressors, who are as strong as ever. Fourth wave feminism is the backlash against the representation of women as fodder – screamingly alive through the ubiquitous graphic display of feminine sexual abuse in the digital age. Speak out, or forever shut up.

Want to take action? Check out Pornography Harms or Anti-Pornography for further reading, and share your comments below.

Vikki Dark is a British writer and academic whose oeuvre spans erotica, biography and transgressive fiction. Her latest book, about an adult film star, focuses on contemporary feminism relevant to cyber culture and sex.

The Problem with Being the 'Hot Girl'
Read