10 reasons why I still need feminism.

A friend of mine once stopped dating a guy after he told her that her feminist ideals were “a turn off.” What he was saying, of course, is that he doesn’t want to date a woman who demands equal treatment and respect, because that’s just no fun. Incidentally, he’s still single, but he’s not alone in his mentality. A lot of people believe feminism has a negative effect on society. Others argue that though feminism was once necessary, it’s irrelevant now. But they’re both wrong.

I still need feminism because society misuses women’s bodies. Flip through a magazine and look at the way they sexualize even young girls. Stroll down the street and hear all the catcalling and street harassment that reduces women to ambient sex objects. Walk past newsstands with Photoshopped women on the magazine covers and the headlines telling us what our priorities should be: to “Be Beautiful”, “Tone Every Inch!”, “Resize Your Thighs” and “Get a Sexy Body!”. 80% of ten-year-old girls have dieted in the hopes of conforming and looking more like these fantasy images. Isn’t middle school tough enough without adding pressure to maintain a perfect body before you hit puberty? 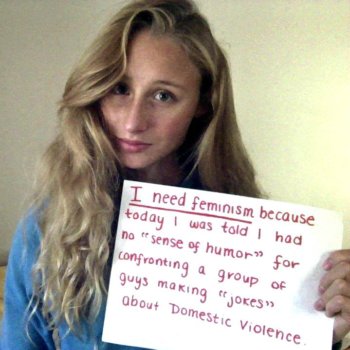 I still need feminism because women have a hard time being taken seriously in the workplace. The wage gap of 77 cents on the dollar is by now a well-known figure. Not only are women paid less, there are fewer women in positions of power, both in the political and the business world. That means society doesn’t value the work that women bring, even if it’s the same as men.

I still need feminism because women of color are underrepresented and unheard. The wage gap is even worse for women of color, who according to some estimates make as little as 54 cents for every dollar a man earns. As for representation, women of color are rarely given starring roles in mainstream media. More often than not, Hollywood delegates them to typecast supporting roles.

I still need feminism because the men in charge in Hollywood systematically rape, abuse and oppress women. And they almost never fund female-written or directed films. Film and TV are major contributors to the way women are viewed in society, and women’s oppressors are shaping our culture. 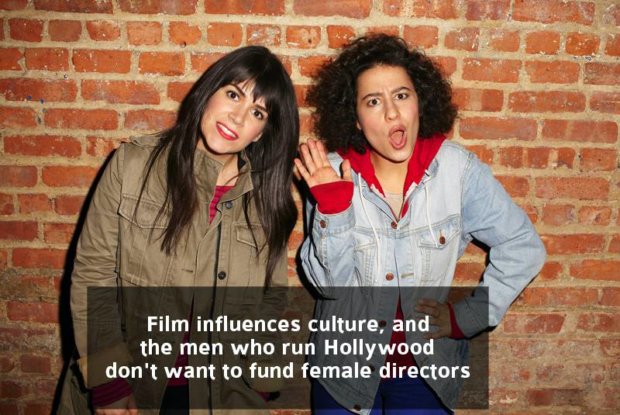 I still need feminism because lesbianism is okay in front of a camera, but still isn’t fully accepted in our society. Many lesbians feel that society views their love as acceptable only if it’s for the benefit and viewing pleasure of men. But women’s happiness should matter in its own right, independent from male desire. 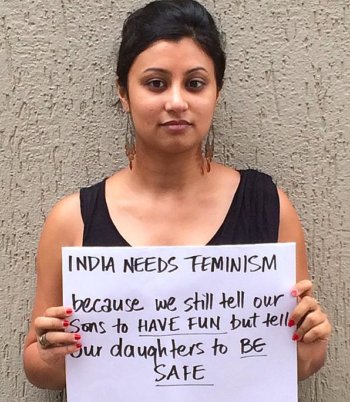 I still need feminism because it’s still normal to ask “what was she wearing?”, “was she drunk?”, or “does she get around?” and victim blame women who’ve been raped. In fact, rape culture is so overpowering, women have to look at every man as Schrödinger’s rapist. Rape culture is everywhere: in Hollywood, in business, in the military, in colleges. And instead of helping survivors, society finds ways to blame the victims. All that matters is that she said no, but too many people still refuse to accept that. Women have the right to feel safe at all times, but because of the perpetuation of rape culture, this is rarely the case.

I still need feminism because men seem to think it’s ok to police women’s choices. Women’s health issues are the subject of constant controversy. Sexual choices always come with judgment, no matter what she decides to do. Articles about “fashion trends men hate” pervade the internet, even though the average guy’s closet isn’t exactly fashion central. Who gave men the right to dictate what women should wear? Whether she’s choosing a miniskirt or a hijab, women must be free to make these kinds of choices.

I still need feminism because too many men don’t respect women. Women are attacked and vilified for rejecting men. Women who “friend-zone” men by refusing to sleep with them get called a bitch, as though it’s a woman’s duty to deliver sex on command. And often, refusal becomes dangerous as men stalk, harass, or physically harm women who turned them down. Women routinely die for speaking their mind to men they are intimate with, or for turning down prom dates, breaking up with boyfriends, or not responding to catcalling. It’s time we started fighting for women’s right to turn down romantic and sexual advances. Her right to no should always trump his desire for yes. 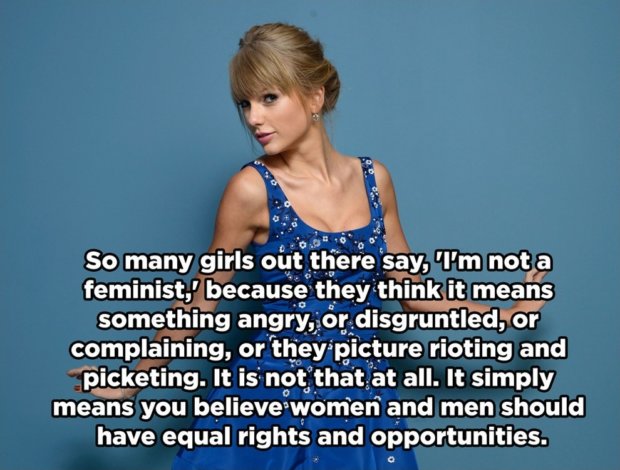 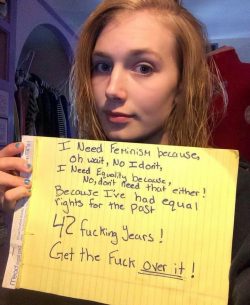 I still need feminism because the word is tarnished by the male-run mainstream media. Too many people see feminism as wrong. Many people, including women, are turning away from feminism. They associate the movement with aggressive bitches, shrill harpies, and hairy lesbians. These huge negative connotations lead to things like the completely disheartening ‘Women Against Feminism’ tumblr page. There, women post photos with signs like “I don’t need feminism because I like men” and “A good man raised me, a great man loves me, millions died for me, and they don’t deserve your shit” and “Men have been predestined to be the head; the role for men is to be leaders, not us” and 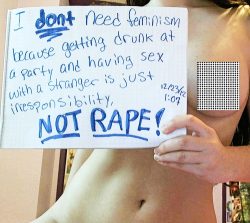 “As a Christian I follow the bible’s commands that I submit to my husband in all things, and this makes my marriage stronger.”

Feminism was supposed to be the one area in society where women could talk about their issues and seek change. Instead, attitudes like this confuse what feminism is all about, and still make it all about men. 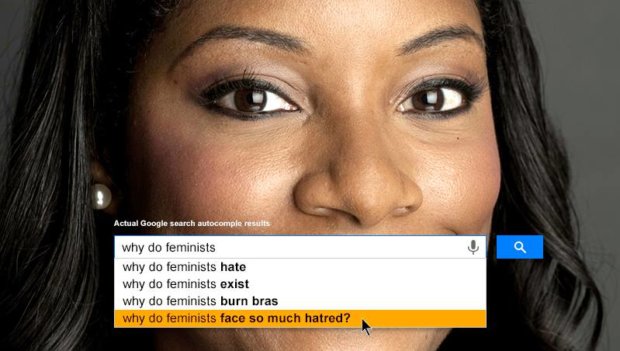 Why do you still need feminism? Let us know in the comments!