A Foodie’s Tour of Belgium

Travel with me, and be blown away by all that Belgium has to offer…

Belgium is known for its hundreds of varieties of homegrown artisanal beers. There are about 180 breweries in the country — and remember, Florida is about six times larger than Belgium! 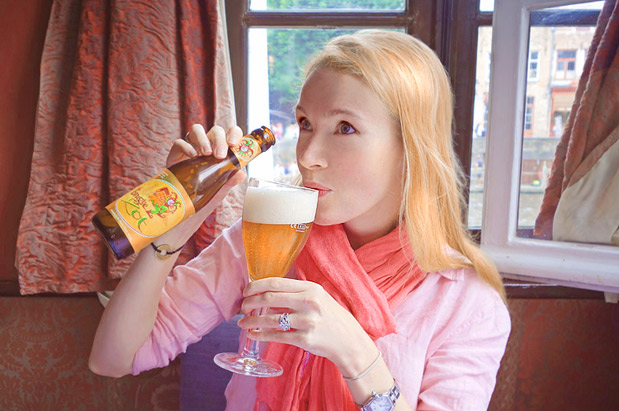 On average, Belgians drink 84 litres of beer each year, down from around 200 each year in 1900. In Belgium, beer is a serious beverage, and brewing is an art form. Most beers are bought or served in bottles, rather than cans, and –like wine– almost every style of beer has its own particular, uniquely shaped glass. 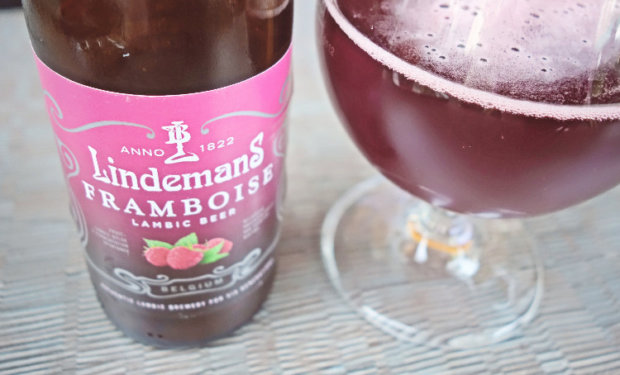 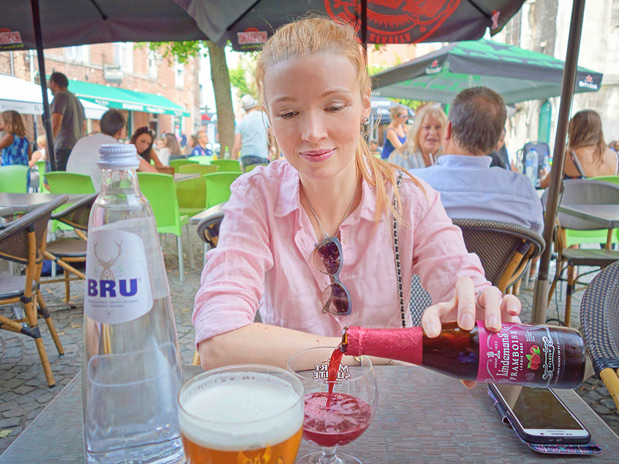 Beer in Belgium dates back to the age of the first crusades in the 1100s, long before Belgium became an independent country. Under Catholic church permission, local French and Flemish abbeys brewed and distributed beer as a fund raising method for the church. People drank it as a sanitary alternative to drinking water. What are now traditional, artisanal brewing methods evolved, under church supervision, during the next seven centuries. 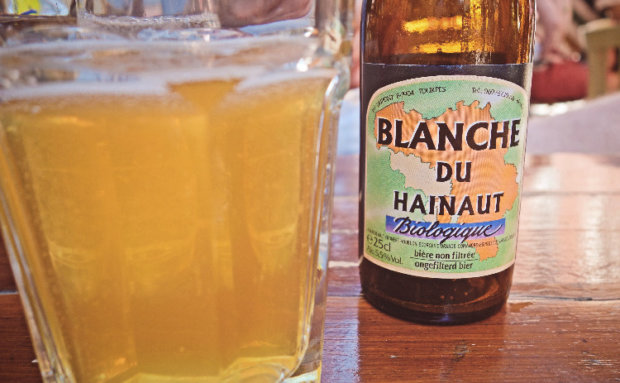 A delicious and light organic Belgian beer from the Hainaut province

But where are the best places to try these artisanal beer varieties? Well, just about anywhere will do — as almost all restaurants serve them. However, for a special experience, here are the three best locations in Brussels: 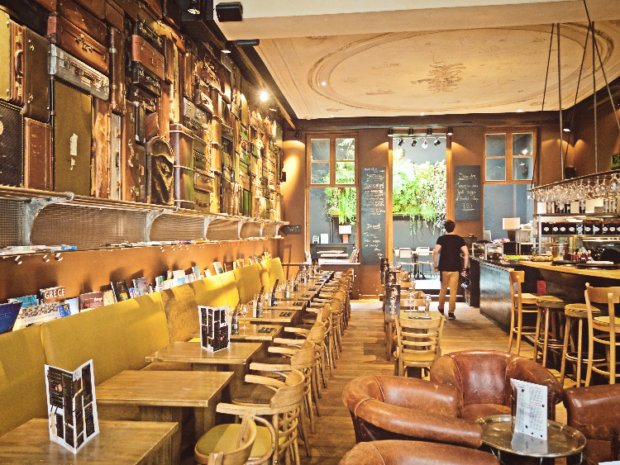 I could hang out all day in Le Cercle des Voyageurs, in Brussels

Le Cercle des Voyageurs is a must-see spot, with vintage suitcases stacked up to the ceiling, covering an entire wall. It has a smoking-room feel, and a well-curated selection of beer, tea, cocktails, and even a small selection of European wines. 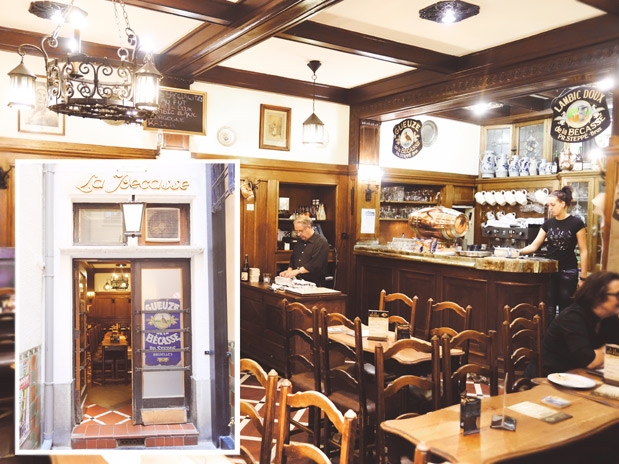 La Becasse, down an alleyway

La Becasse is one of the original estaminets. Hidden at the end of an alley, this pub has multiple hidden exits, and looks pretty much the same as it did at the end of the 19th century. Long ago it was used as a speakeasy of sorts, where hidden meetings over beer spawned revolutions. La Becasse remains one of the oldest pubs in downtown Brussels. 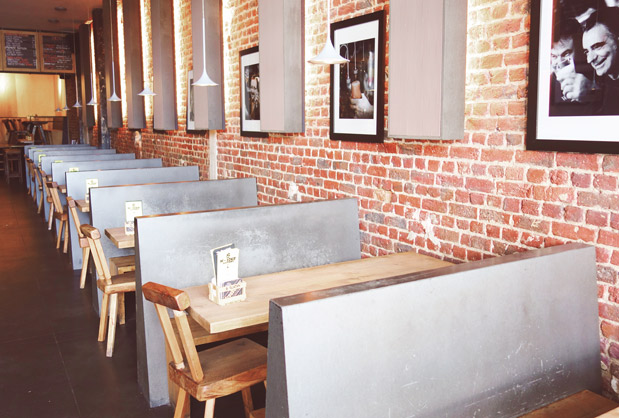 Moeder Lambic is a well-known local spot with a curated selection of the best artisanal beers. Owner Jean Hummler has close ties with many of the local craft and small brewers, and hosts special tastings in the brick and reclaimed wood-lined basement. There is a large oaken table and bench style chairs in the center of this dimly lit cave. The walls around you are lined with hundreds of well organized bottles of mostly Belgian beers. No Stella here, my friends! 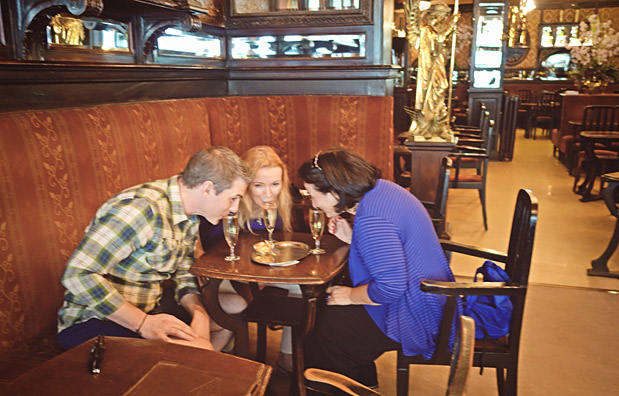 Sipping a Half-and-Half with our knowledgeable tour guide, Paquita from Bus Bavard

Le Cirio was established in 1886 and was the first cafe in Belgium to serve coffee and Italian food. It has a very authentically Belgian feel, with the facade dating from 1909, gilded columns, emerald-colored glass and curved mirrors. Slightly off the beaten path, near the Bourse (Brussels Stock Exchange), the plush red fabric seats, ‘distressed’ wood tables, dark wood carvings, stale yellowish lighting and good drinks, make Le Cirio a favorite of both tourists and locals. This is the place to have the famous ‘Half-and-Half’ drink. Wondering what a Half-and-Half is? Well, Brussels is half Flemish and half French speaking, and so this drink celebrates that by being half wine and half champagne. The waiter fills the flute glasses in front of you, to the very brim, and in order to drink it you must lean over the glass and sip it without moving the glass. Oh, and yes — they also have a great selection of beer. So, if you’re looking for a spot that you won’t be able to replicate in another part of Europe, check out Le Cirio.

Wondering what beer to order? Check out the reviews of over 100 beers on A Taste of Brussels. Now, for the food…