How To Look Glam in a Scarf

The most elegant of accessories is also one of the most versatile. How to tie and wear it so it looks oh-so-glam.

It is generally agreed upon that a scarf is just about as glamorous and luxurious as fashion accessory can get (and it makes the perfect accessory for a summer in the Hamptons). From Audrey Hepburn in Breakfast at Tiffany’s to Sarah Jessica Parker (aka. Carrie) in Sex and the City, a well-placed scarf has always been a powerful symbol of feminine allure. 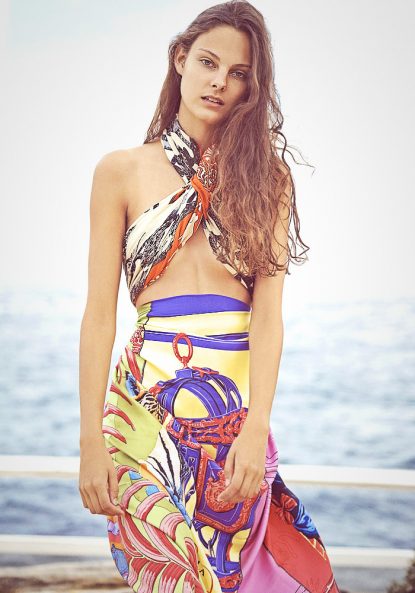 Whether used to shield top stars from publicity (think Marilyn Monroe and Jacqueline Kennedy Onassis) or to guard against negative energy or spirits (as silk is thought to do in many cultures), the silk scarf has always had a certain refined charm about it. Even when Grace Kelly used her Hermes scarf as a sling to support a broken arm, the scarf was still the ever-glamorous focal point remembered.

Hermes’ iconic scarves are the undisputed leader in the luxury scarf arena. Hermes was founded in 1837 by saddle maker Thierry Hermes and is now directed by the seventh generation of the Hermes family. The scarves, which are made in Lyon, France, were introduced to the Hermes collection in the 1930s and have since become a favorite of the world’s fashion elite, including many members of the royal families. In the 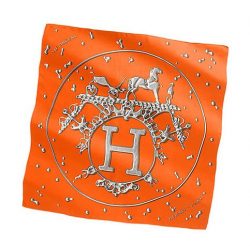 many years that Hermes has been making their famous hand-rolled scarves, they have created thousands of designs. It takes about forty minutes per scarf just to hand-roll the edges and about two years to complete a scarf design. Just look at a Hermes scarf and you’ll know why they make their own silk, why it’s so different, and why you just have to have it.

Here’s how to tie it, once you get it: