How you can do your part to keep him doing his part.

A friend of mine refuses to accept gifts from guys. Whether it’s something a bit cliché like roses or something extravagant like a necklace — she rejects all of it. She doesn’t want to be perceived as “needy,” she says. It’s always been the guy who’s expected to give the girl gifts — never the other way around. (This is comically ironic, because we’re the ones who are supposedly better shoppers.) It’s no wonder that women like my friend are now trying to reverse this image of female docility by shunning gifts altogether. But that sounds like no fun to me. I’m not ashamed to say it: I love getting gifts. (Hell yes, I would have taken that CD.) But I love giving gifts as well. 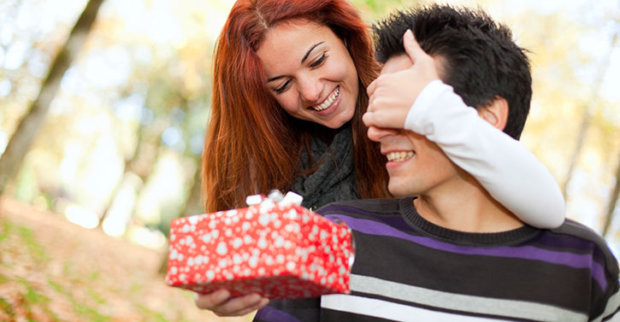 Graciously accept gifts from guys, but also don’t be afraid to assume the role of gift-giver. Surprise him. Show up at his doorstep with a grungy t-shirt you found at the flea market with his favorite band on the front, or show up with the entire Lord of the Rings series because he’s adorably nerdy and the DVD pack was $5 at a garage sale, or show up with food (they never say no to food).

If you like a guy then be bold and show him. Sweep him off his feet. We live in an age where men and women alike can be both the wooer and the wooee.

My Lavender-Scented Dream in Provence
Read