Join me on a journey to the California coast, and discover five great reasons to visit.

On day two, after I settled in and finished hugging the trees (hey, I live in New York City and climate change is real, so don’t judge me for being a tree hugger–you know you are too), Mike and I peel ourselves away for dinner. I had heard of a great little restaurant over at the Stanford Inn, a gorgeous eco-resort that uses the energy of Mendocino’s native habitat to provide cleansing and healing food, treatments, and rest, to over-worked urban souls and a litany of artists who would love to call it home. 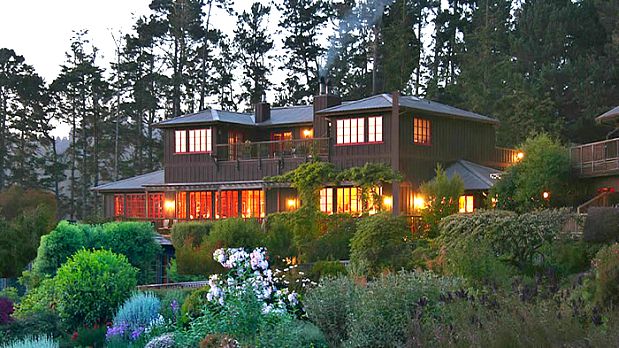 As we arrived, we were greeted by one the Stanford Inn’s founders, Jeff Stanford. (The Inn was co-founded by his Canadian wife, Joan Stanford, in 1988 on a $22k loan.) As he gave us a tour of their organic gardens and animal sanctuary, it started to sprinkle rain, and he stopped to pick up a stranded worm on the walkway, and gently placed in back in the grass (something I used to do as a child walking to school). We talked about meditation and health, and he told us about how they use potato chip oil as fuel for their trucks, and how their research garden is doing experiments with carbon, energy and calorie farming. 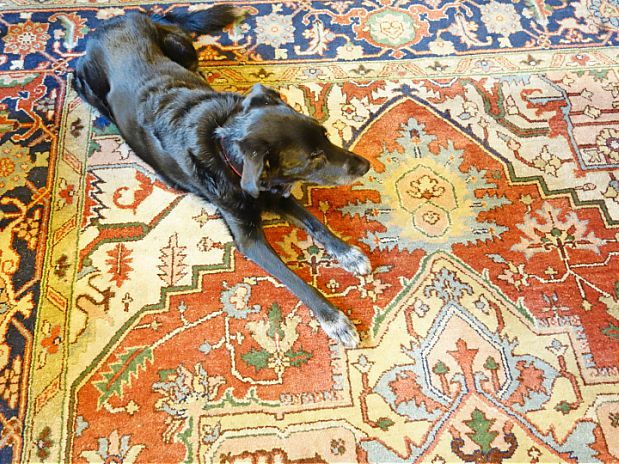 Inside the Inn, I browsed through their impressive collection of books before sitting down for wining and dining at Ravens, the Stanford Inn’s vegan eatery. And it did not disappoint. 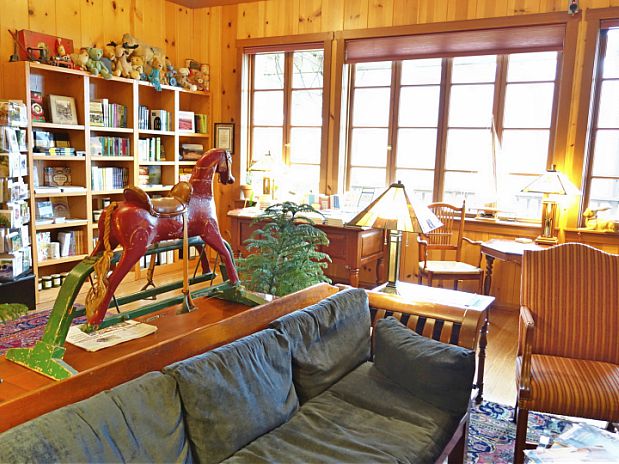 The lobby /library at The Stanford Inn

The menu was sublime, with food and ingredients picked from Raven’s carefully curated on-site organic garden. Even if you’re not a vegan, the freshness of the produce and the serenity of the surroundings is enough to allure you into this meatless enclave. 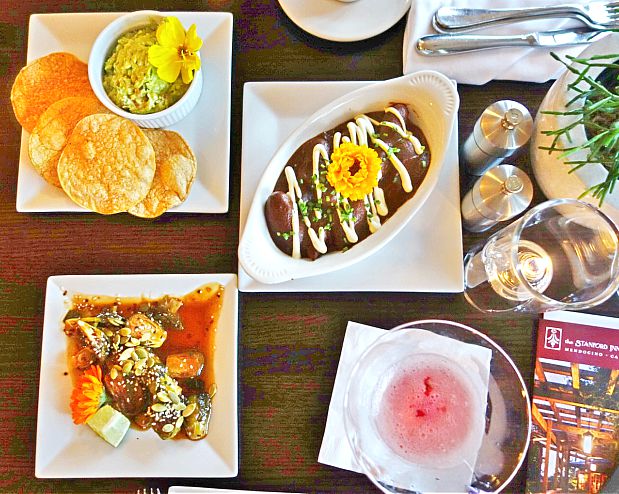 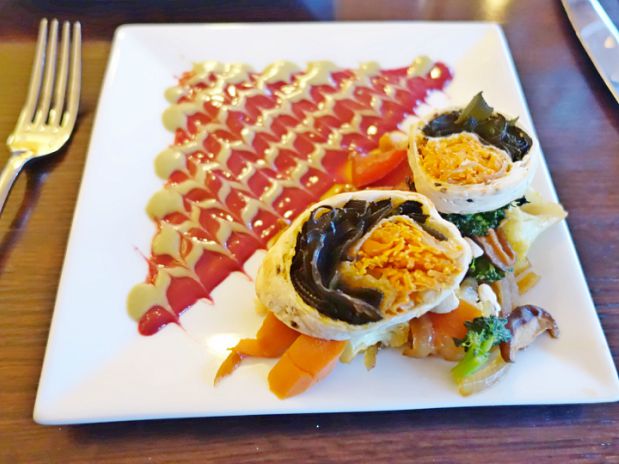 And let me not forget: the wine, stocked exclusively from Mendocino and named one of the best wines in the world. And their cocktails are some of the best I’ve ever tasted. Seriously. I choose The Canadian (obvi!) martini, which is made of honeysuckle, melon, kiwi, and caramel should be on every girl’s to-drink list. In fact, I convinced them to give me the recipe, so I could share it with you:

While you’re sipping on that, I’ll tell you about a few more amazing reasons to visit the area:

Do You Know My Name?
Read