Being an A-list celebrity comes with baggage. It’s not easy feeling the whole world watch your every move. Knowing that people are judging you based on your looks, what you’re wearing, and your personal choices. Michelle Pfeiffer is no exception to this phenomenon. 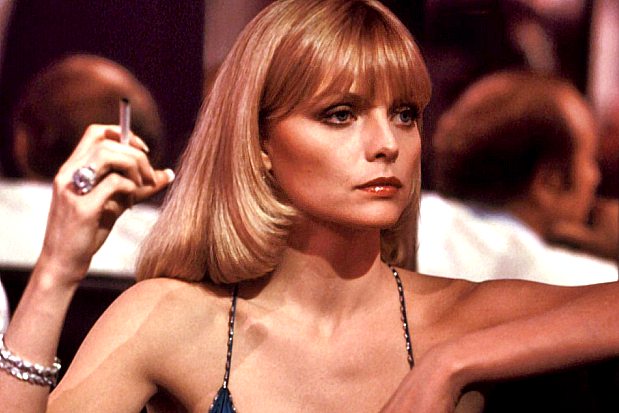 You probably can’t even remember the first time you saw her because it seems like she’s been on your screens forever. Whether it was being catwoman in the famous Batman movie franchise, a musical like Hairspray, or a classic like Scarface, she has always been captivating.

Being an A-lister like Michelle means that people see her as a role model. Unlike other famous beauties, Michelle has always taken this responsibility seriously. She’s never been the type to get caught up in scandals or set a bad example for her fans.

As with any female celebrity, people love to look for flaws. But Michelle Pfeiffer is one of the few Hollywood actresses that opted not to get plastic surgery. Instead, she is aging gracefully and very –shockingly– slowly. Naturally, everyone is asking: what’s her secret? 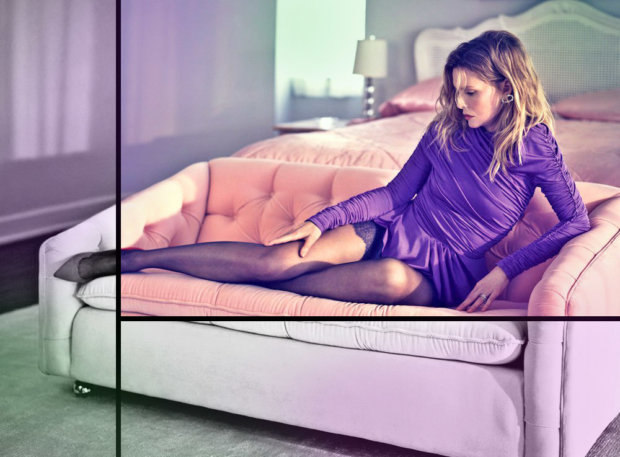 Curious? Lucky for you, Michelle opened up to us and revealed her secret to a youthful look and how she dramatically slows down the aging process. Can’t wait to hear more? Read on:

Urbanette Magazine: You have this incredible glow about you, Michelle. Your skin is so healthy-looking and much younger than your years. I’m sure our readers want to know –what’s your secret?

Michelle Pfeiffer: Thank you! I definitely think it’s because I’m vegan. Eating a vegan diet — it’s just so much healthier — and you avoid a lot of toxins that could age your skin and your body. I really noticed a difference in my skin not too long after switching to fully vegan. And I needed to eat are fruits and vegetables to stay lean. It’s all about vanity, honestly. [She laughs.] The older I’ve gotten, the more it’s occurred to me that I’m doing it in order to live longer, though the vanity component will always be there. 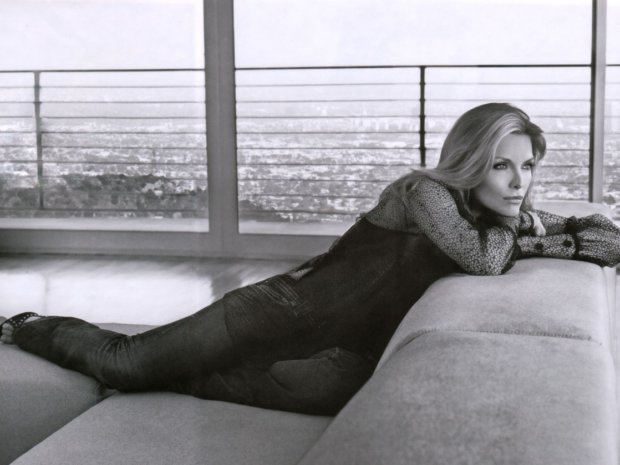 Michelle is a classic, ageless beauty — the natural way

Urbanette: The general public’s perception is that going vegan is not an easy feat. That’s why when someone goes vegan, the question many wonder is “why’d they do it?” I know you’re loving the benefits and have lots of reasons to stay on a vegan diet, but what was the initial inspiration behind it?

Michelle: I was watching CNN, and ‘The Last Heart Attack’ came on. I watched Bill Clinton talk about the last heart attack he had and learned that Clinton is a foodie. He’s a smart guy, so I’m thinking, ” if Bill Clinton loves the book by Dr. Esselstyn, there must be something that makes him stick to it.” He isn’t going to do something unless that there’s science behind it. So I got the book and I just felt like the science behind it was irrefutable. I couldn’t avoid the truth in it. My father died from cancer, and the older you get there’s a lot of disease. You see people dying from chronic disease and terminal illnesses. Anyway, science is always changing, but this one seems to stick.

Urbanette: I’m sorry to hear about your father having had cancer. I had it too, which was part of my process for going vegan. It’s a very anti-cancer diet. It seems like nowadays so many people get it — young people, too.

Michelle: So you know — there’s just too much cancer. I just feel like if there’s anything that I can do to lend my support, I’m happy to do it. I’m an active participant in Cedar Sinai’s Pink Party. The founder is an old friend of mine and I know her from the old neighborhood and met her thirteen years ago when she first opened her shop. And over the years, I’ve seen this pink party grow from a neighborhood thing to one of Cedar Sinai’s biggest cancer fundraisers. We both have someone very close to us with ovarian cancer. 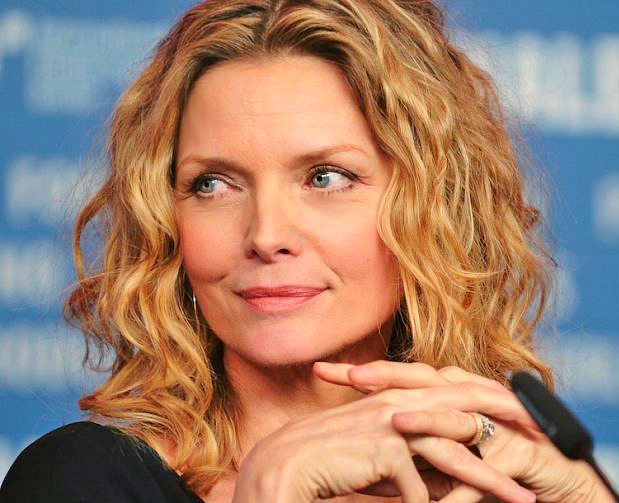 Urbanette: Let’s go back to the vegan diet. Was sticking to it hard for you initially?

Michelle: Maybe for the first few weeks, but I love the vegan diet because I love carbs. I’ve never really loved animal protein in terms of animal meat. I only ate it because I used to think it was good for me.

Continue for more of this fascinating interview…