How I expand my mind by multi-tasking and learning at the same time.

There is a common saying in America when conversations crop up about entrepreneurship, greed, and even hard workers: “He or she is a slave to the money” or the ever-witty “green eyed goblin”. My question is – who wants to be a slave to anything? Especially money! 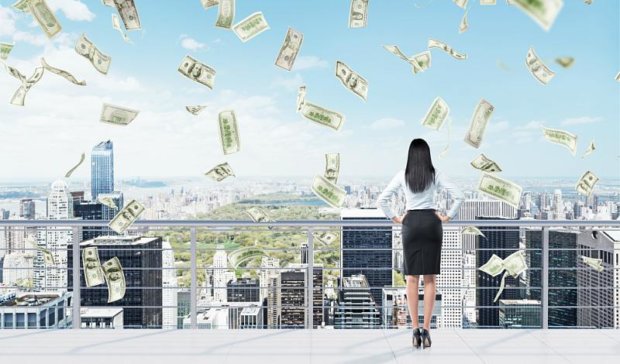 Harriet Tubman had the right idea when she courageously escaped slavery. But she didn’t stop there. She wasn’t selfish in her quest for freedom; she fearlessly risked her own life to free other slaves while working as a conductor on the Underground Railroad. If this is not an example of an empowering and strong women, I have never seen one.

It was just announced that Harriet will be the new face on the $20 bill, edging out Andrew Jackson. Jackson –a slave owner– won’t entirely be removed from the bill; there will be a small homage to him on the back side. Oh, the irony.

Amazing women will also be featured on the back of both the $10 and $5 bills. (I’m so happy right now!) A woman was originally supposed to replace Alexander Hamilton’s face on the front of the $10 bill, but the Treasury did an about-face (no pun intended) when they realized what an enormous hit the Broadway rap musical Hamilton has become. Pretty much every talk-show host has whined about not being able to get tickets anytime in the next 24 months — it’s that popular. Every major media outlet has written its praises, it’s dominating on social media (showoffs!) and it’s pretty much eclipsed all of Broadway. 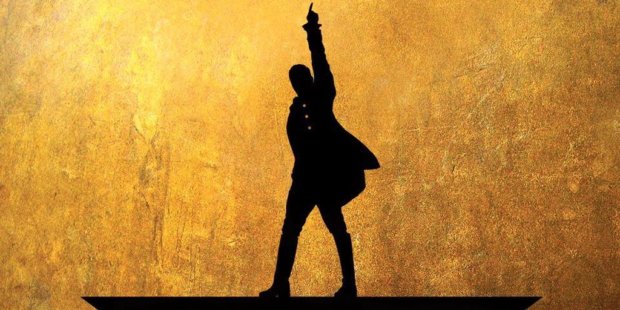 But wait… what?? A hugely successful Broadway musical about Alexander Hamilton? I have to get extremely honest (read: vulnerable) and admit that, as someone who was born and raised in Canada, I had no earthly idea who Alexander Hamilton was and what the dude was about. Quite honestly, I didn’t even realize that the mug on my $10 bill wasn’t even that of a past president.

I simply had to find out more information about this mysterious person. What was it that warranted a Broadway musical about this man?

How could I find out more about him? That should be easy enough right? I literally have a wealth of information available right at my pretty pink-manicured fingertips. But who wants to pick up a dull, 600-page history book? And quick Google searches don’t give much depth or color… So it was a no-brainer when I discovered that I could listen to the audio version of Hamilton: The Revolution through the Audible app. Score! The absolute best part – I could do my investigating in an Uber, while working out, and while I’m running errands! I immediately signed up for the free 30-day trial.

As I’ve since learned, Hamilton went from — in his own words — being “…a stranger in this country. I have no property here. No connections.”, to one of the most celebrated figures in American history. He started out as a poor orphan living in the Caribbean, and went on to become a Founding Father of the United States, chief staff aide to General George Washington, one of the most influential interpreters and promoters of the U.S. Constitution, the founder of the nation’s financial system (and the first Secretary of the Treasury), the founder of the Federalist Party, the world’s first voter-based political party, the Father of the United States Coast Guard, and the founder of The New York Post. That has to be quite the story, right?! 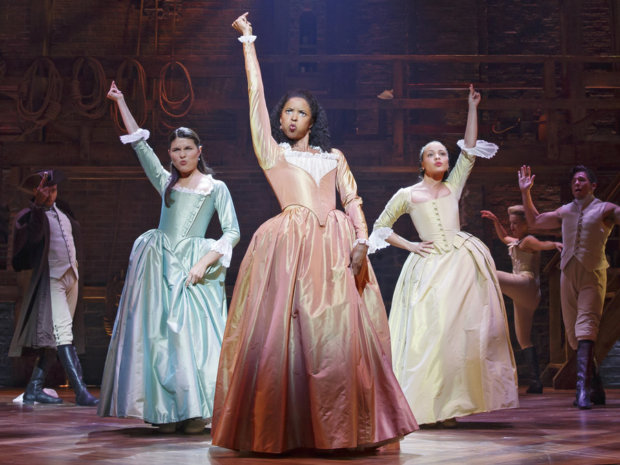 Hamilton: The Revolution is an audio book by the creators of the musical, telling the story of how the musical came to be (and almost wasn’t!). It’s a fascinating look into Hamilton, the musical, and the process of producing a Broadway masterpiece. The story was engaging and informative, colorful and shocking – all of the characteristics that made me want to purchase a ticket to this musical ASAP (ie. as soon as I find a magical genie). An absolute must-listen for Broadway or history junkies.

Now, I have always considered myself an avid reader; even prided myself on this characteristic. However, long gone are the days when I had nothing to do other than devour loads of Sweet Valley High books in one sitting and immerse myself in Jessica and Elizabeth-land. (I always wanted to be more outgoing, like Jessica, but felt a lot like Elizabeth. Just sayin’). I have responsibilities now – and a surprisingly full to-do list (of my own making). Being an entrepreneur makes arranging time for reading more challenging than it once was. Multi-tasker has become my middle name. Thankfully, Audible allows me to listen to the books that I am craving to devour, as I’m doing other things. It’s a true “on the go” device must-have, enabling me to have access to my favorite books right in my back pocket. I can listen during my commute, or while my hubby is watching basketball. Ahhh, sweet, sweet technology…. 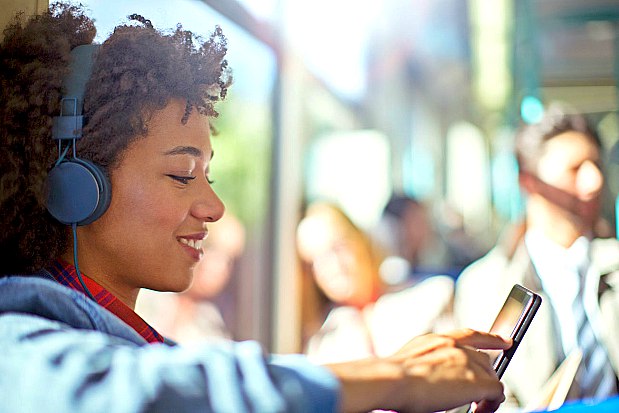 I am beyond eager to start tackling my (dusty) list of essential reading. Here are just a few of the choices that I am downloading on Audible now:

1. Originals: How Non-Conformists Move the World: by Adam Grant 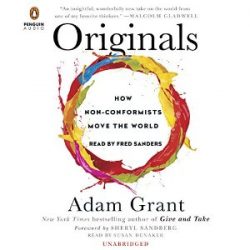 I’ve always fancied myself to be a non-conformist. Especially as a geeky teenager glued to my computer instead of going to the ‘cool’ parties. So since this book preaches that it’s nerds like me that end up creating change in the world, it’ll be the first book I read. 😉 From what I’ve heard, this book explains how to grab hold of, understand, and harness your inner creative genius. My hubby just finished reading it, and he said he learned a lot of interesting things about the human brain, how it works, and how to influence people. Sounds super-fascinating!

2. The Girl on the Train: by Paula Hawkins 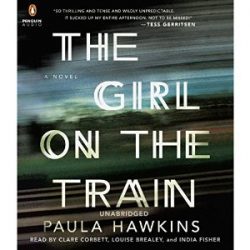 Whoa! I have heard so much about this book from my social circle. I can’t wait to get my ears on it! This book has been hailed as the next Gone Girl, some proclaiming it to be even better. A fiction book that is said to take you on a thrilling and exciting ride. Rachel, the protagonist, is just a regular commuter on the morning train – until one day she is anything but that due to witnessing something she cannot forget.

3. The Life-Changing Magic of Tidying Up: by Marie Kondo 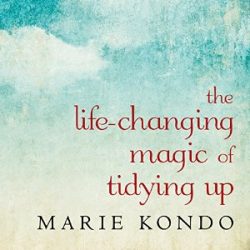 I know, I know – a book about cleaning you ask? Do we not do enough of that already, let alone making the time to listen to an audiobook about it? Well, this book tops the bestseller list for a reason. This book so much more than just the art of the mop and dustpan. This book teaches us not just how to declutter our home but also clear our minds and allow joy to surface.

4. Year of Yes: by Shonda Rhimes 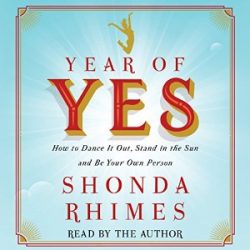 First off, this author chick is bad to the bone. She is the creator of the critically acclaimed Grey’s Anatomy and Scandal. Not to mention she is the executive producer of How to Get Away With Murder. Shonda tells her audience how to be a “YES” woman. Shonda changed her life by taking on the challenge of saying yes for one complete year. I am intrigued with how a busy woman; such as Shonda, was able to commit to saying YES to every request for one straight year and not lose her sanity.

What an exciting time to be alive and be a woman. Hear us roar! I look forward to the near future of hopping into a cab and tuning into my latest addiction on Audible, then pulling out a fresh and crisp $20 bill –adorned with Harriet Tubman’s face– to pay for the ride.

Sooooo… what are you waiting for? Sign up for a FREE trial of Audible right now!

What’s the best book you’ve read –or listened to– recently?

This is a sponsored conversation written by me on behalf of Audible.
The opinions and text are all mine.

Do You Know My Name?
Read