How I managed to integrate this super-healthy habit into my life, while being productive at the same time.


Nobody in NYC cooks. Or so they say, anyhow. Which makes sense. With so many restaurants, so little time, and such tiny kitchens, it’s easier to go out or order in. Like, really really easy. People work hard all day in NYC so at the end of the day most people just want to blow off steam. And that’s okay… that is, until you get sick. I mean, really sick.

Almost five years ago, not long after I got married, my whole world changed. I’d been living in NYC for almost six years, going to events and having meals out 90% of the time. I had yet to discover the important connection between what we put in our mouths and how the human body operates. After over a year of seeing nearly every specialist in the city, I still didn’t know what was wrong with my body. Finally, my mom figured out that I had the C word. Long story short, I learned a lot about healthy living in the process.

I now have an intimate understanding of why an organic plant-based diet is so important. I learned why even small amounts of meat, dairy, sugar and gluten contributed in a big way to making me sick. I’ve since committed to a ritual of daily research about how the body heals and how to detoxify my life.

Through this ordeal, I learned that cooking the right foods, at home, is the most effective way to influence how healthy your body is.

The primary the reason I decided to spend time in France was so that I could be in a healthier environment. Every time I visited, I felt healthier. It may have been the fact that, in France, farm-to-table is the norm, not the exception. Or that toxic GMO farming is banned here. Or the dramatic decrease in pollution… But I think it’s mostly because of my new daily ritual…

Nearly every morning, I go to the farmers market. It’s just down the street, along the river. It’s packed with vendors selling all types of flowers, fruits, vegetables, nuts, and anything else you could imagine a food market having. I’ve discovered new vegetables and fruits I didn’t know existed (ever heard of a trompette de la mort??) and embraced French cuisine (minus the meat/dairy). 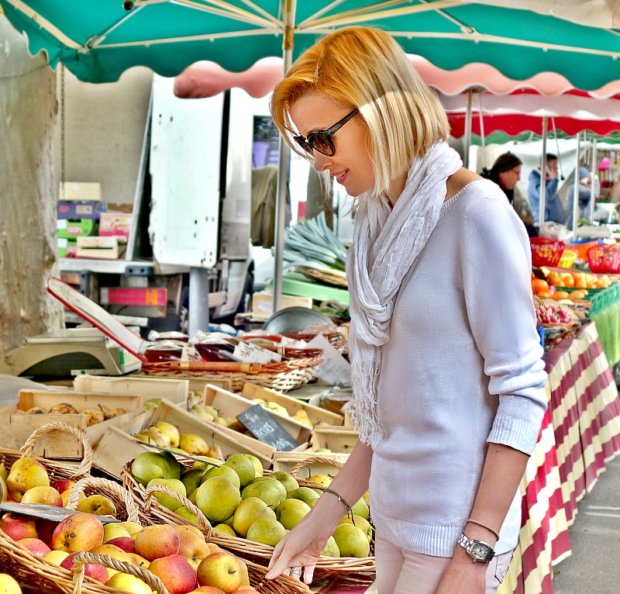 It took me a while to get over the “but shouldn’t I be doing something more productive — like working?” mentality. Listening to audiobooks while I cook has really helped with that. It gives me a sense of accomplishment (because, hey, I’m learning and cooking!) but it’s also relaxing at the same time. I use my Amazon Echo to broadcast them in the kitchen.

Right now I’m listening to The Cheese Trap, and learning all about how cheese is addictive (in a nutshell: a cow’s breast milk is addictive in order to keep the calf from wandering too far. Concentrate it into cheese and it becomes like crack, creating a similarly addictive response in our brains) and how cheese affects our body (in a nutshell: it’s super inflammatory and depletes our bones, causing all kinds of problems).

I used to think of food as a means to an end. Something to grab on the go. Now, more than ever, I understand the power of a healthy lifestyle. For me there’s no going back. And I’ve never felt better.

5 'Healthy' Foods That We Should Try to Avoid
Read

Things You're Doing Daily That Cause Premature Aging
Read