In 1976, the cosmetics industry itself established the Cosmetic Ingredient Review, a panel that is supposed to “review and assess the safety of ingredients used in cosmetics in an open, unbiased and expert manner,” according to its website. But the panel is financed entirely by the Personal Care Products Council, the industry lobbying group. The panel’s offices are also in the same building in Washington as the products council.

The problem is, no public authority tests the stated ingredients of products like nail polish for accuracy — let alone safety — prior to sale. In other words, cosmetics companies can lie, and women’s health is simply not a priority for the American government.

In 2005, lawmakers in California proposed banning DBP from cosmetic products sold or manufactured in the state. Industry lobbyists flooded the State Capitol (some bearing gift baskets of lipstick and nail polish), spending over a half-million dollars fighting the ban, according to state records. Some of the country’s best-known cosmetics companies — Estée Lauder, Mary Kay and OPI, among others — weighed in against it. The bill ultimately failed. 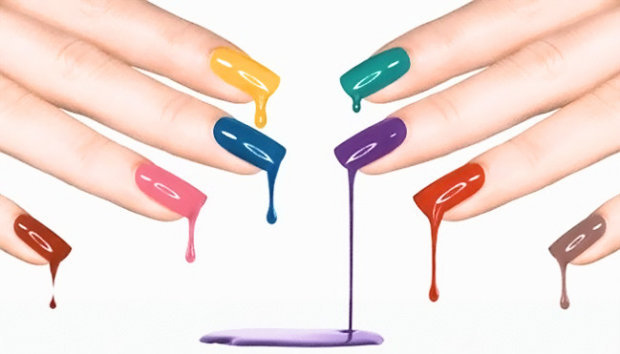 “Stories of illness and tragedy abound at nail salons across the country; of children born slow or ‘special,’ of miscarriages and cancers, of coughs that will not go away and painful skin afflictions. The stories have become so common that older manicurists warn women of child-bearing age away from the business.” – The New York Times

Does all this mean we have to do away with nail polish? Well, kindof. Unless you’re going to send a sample to a lab to independently verify what chemicals are in the product (since it seems ingredients lists aren’t to be trusted), then you’ll never really know what you’re being exposed to. That said, it’s good to know that there are quite a few options that claim to be much safer than the mainstream brands.

“[Nail salons are] a beautiful industry, it makes people feel better,” Ms. Colon, who owned a salon in Brooklyn, said in an interview, a faint wheeze just audible behind her ready laugh. “But if a lot of people knew the truth behind it, it wouldn’t happen. They wouldn’t go.”