Following the toxic report, Butter London (whose polishes were not included in the study) quickly issued a statement announcing proudly that their company has been “the pioneering force” behind “toxic-trio-free” nail lacquer, noting that all their products are without formaldehyde, toluene and DBP (dibutyl phthalate). In fact, Butter followed suit after Zoya, another nail polish brand with by far the largest selection of colors we’ve seen, was the first to be “five-free” by remove toxic ingredients such as toluene, camphor, formaldehyde, formaldehyde resin and DBP (dibutyl phthalate) from their formulations.

Butter London was founded in 2005 by Sasha Muir, a British entrepreneur, alongside Nonie Creme, a premier fashion manicurist in London, as its founding creative director. Both Butter and Zoya claim to be the first company to sell non-toxic nail lacquer in the US and, as such, Butter London has earned the praise and support of fashion A-listers such as Alexander Wang, Victoria Beckham, Betsey Johnson, Vena Cava, Calvin Klein and Issa, among others. We tried Butter London polishes ($16/bottle) and, unfortunately, found them to have a strong chemical smell and chip relatively quickly.

Since then, several other boutique brands have popped up that have taken non-toxic a step further and claim to rule out not just three, but all toxic ingredients, removing the strong smell along with the other common toxins like phthalates, biphenyl A, xylene, ethyl acetate, acetone, FD&C colors, formaldehyde or colophony resin and camphor. 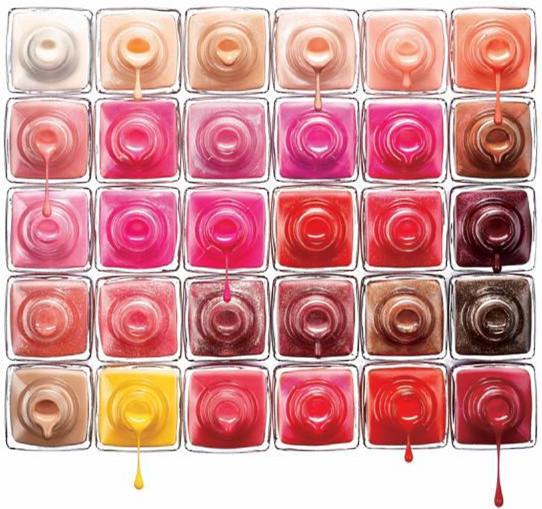 So how can you be sure you’re getting a truly non-toxic polish, and not just whitewashed marketing lies? The truth is: you can’t. Buttttt your best bet is to go for brands that have a genuine story behind them, that are water-based and odorless. Ones with mineral-based pigments (instead of synthetics) are even better.

Check out the fab colors offered by these fifteen “toxin-free” lines: