We unearth a few too many of this top NYC matchmaker’s secrets.

Her name has graced the likes of all the major media brands: The New York Times, New York Magazine, The New Yorker, Forbes, CBS’ Early Show and Fox News, just to name a few. Her services are rendered by the who’s who list of socialites, celebrities and, mostly, those with millions in the bank. No, she isn’t a top-tier trainer, plastic surgeon or lawyer. She’s a professional matchmaker. 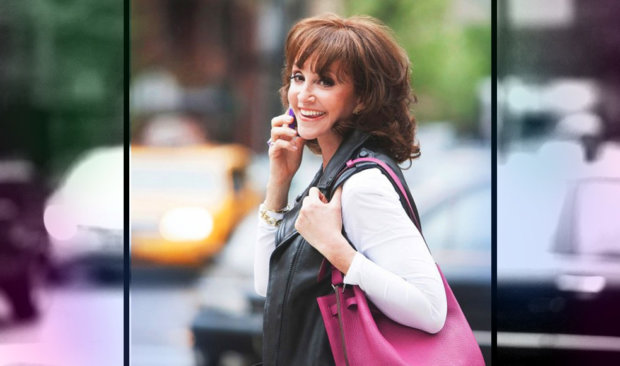 Urbanette talked with Janis Spindel about what she does, how she does it and why. We met her at her kitschy Upper East Side home office in New York, where casually attired in jeans and a pink cable knit sweater (with matching pink Chuck Taylor’s), she gave us the lowdown on her profession as New York City’s (and the rest of the upper east coast) professional cupid. “I have definitely been gifted with some kind of a sixth sense” and with that in tow, she “gets people married.”

Sitting in her apartment, amidst the mismatched cushions, doilies, and couches covered in crocheted throws, I –for one moment– think that I might actually be in my grandmother’s living room. All that’s missing are the date tarts. I peek into her bedroom (the door is open) and see more piles of clutter and distinctly unfashionable clothing. Could this really be the self-described “Cupid in a Chanel suit”?

I put my tape recorder on her pine coffee table and ask her how she got started in this business of matchmaking. She tells me that, after watching all fourteen of her pre-professional matches get engaged, then married, she realized that she could make a lucrative living out of her ability to get the right two people together. A former executive in the fashion industry, she founded Janis Spindel Serious Matchmaking in 1993 and today, she boasts that she’s created ‘thousands’ of marriages (and made a lot of money in the process!) 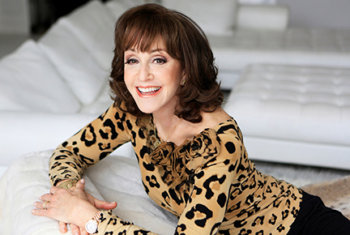 She meets people everywhere she goes; her work never stops. Whether she’s getting a manicure, shopping or on vacation, she isn’t shy about approaching the beautiful people. Well, the few that make her cut. And what about the not-so-beautiful? “I tell it like it is.” She routinely tells her clients if she thinks they need nose jobs, face lifts, Botox… well, you get the idea.

According to Janis, the men out there have their lists set in stone. In an already superficial world, these men have their future lady chosen down to preferred eye color, hair color and weight. No ifs, ands or buts about it. 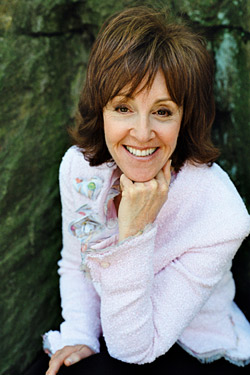 “I can’t tell you how many women say they are in great shape- and they’re not. 7 out of 10 women say they’re in great shape and they get up from the chair and I go WHOA – I mean, what planet are they on? Just because you work out three times a week does not mean you’re in great shape. I mean, come on! My clients want thin women. That’s basically the word that is non-negotiable. Mandatory.” says Janis.

She approaches women while shopping (“anywhere!”) in order to keep her database filled with beautiful women in case she can set them up with one of her male clients. Her client list is 95% men. “I don’t want to take women on [as clients]” deadpans Janis, “unless they are very, very easy. If she’s a knockout and I know I can fix her up fast, I’ll take her on.”

On the rare occasion when she does accept a female client, she’s daringly critical and extremely specific. When she meets someone for the first time, she knows whether or not she can take them on. However, it’s when she finds the jewels to her crown that her work is cut out for her — “I don’t really have to be working for them if I can already think of someone in the first five minutes of meeting them.”

“I had someone who was phenomenal and I fixed a client up with her. He said ‘Boy, she’s great. Find me someone just like that but with green eyes.'”

In the business of “getting people married,” Janis takes the whole process very seriously. “I have to size [these women] up. It’s superficial and shallow, but it is what it is. Men want very pretty women who are thin who take care of themselves. If that’s not what I’m up against then I’m not going to have anything to do with that person. When men tell me what they want it’s non-negotiable; I don’t substitute.”

For this, she charges women $500 to meet with her for 30 minutes at a coffee shop. During this meeting she tells them if they need to lose weight or get surgery, and if she is interested in putting the woman in her database for potential set-ups with her wealthy male clients.

Wealthy, high-profile men will pay her at a minimum $250,000 [US] for twelve introductions in a year. “Some clients pay me on a monthly retainer with very large marriage bonuses and travel expenses.”

Taking her clients’ privacy to the maximum concern, she doesn’t divulge any personal information about who hires her. Understandable, given that she works with public figures, [minor] celebrities and high-profile individuals. But you can’t help wondering who her clients are.

For Janis to get to know the personalities and inner workings of her clients, she spends a significant amount time with them: lunches, dinners, parties and even vacations. “Men have to set up simulated dates with me. It’s ‘how did the whole scenario go?’. Did they send a car to pick me up, did they drop me off–you know, little things like that. I have to critique them. I had a client in Boston that I saw a minimum of three times a week. He needed a lot of help.” Says Janis: They aren’t looking for fun dates, they’re looking for a wife. 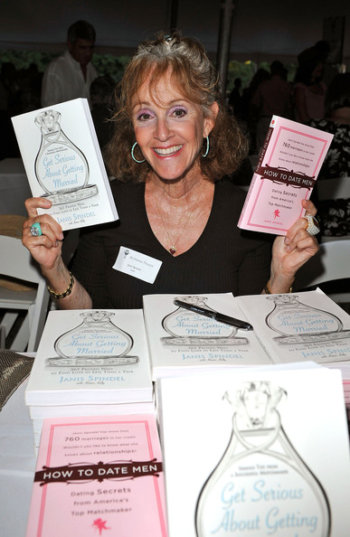 Not only does she have a knack for getting couples to say “I do,” she also has a knack for getting men to do what she tells them to do. For the rest of the female population, it’s difficult and seemingly impossible to get a guy to shave off his coveted beard or moustache, especially if he’s been sporting one for decades. For Janis however, it’s as simple as saying it to their face. “I said ‘You look like a geek. Shave it off. I haven’t seen a goatee since college!’ and he went into the bathroom and shaved it off right there.” says Janis. If she tells one of her clients to lose five pounds, he’ll go out and lose twenty. And when she tells a man to shave off his “trademark” moustache, he shaves it. No ifs, ands or buts about it.

New York City is the land of successful, attractive and intelligent men and women. With a population soaring high in the millions and a menagerie of singletons with countless places to go, it’s a puzzling notion that matchmaking has become the new, red-hot way to get yourself down that aisle. But the question remains to be asked: Why can’t people get a date? Is it the no-time-for-anything-but-my-career mentality? Is it laziness or just bad timing? Who knows… but I guess in some cases money can buy love. Or something like it.

Read more: Why You Can’t Find Love — and How To Fix It

The 5 Best Beaches in Brazil
Read

Your Food Is Slowly Killing You
Read