Where to Find the Romance Hidden in Mexico City

5 uber-romantic spots in this incredible city. 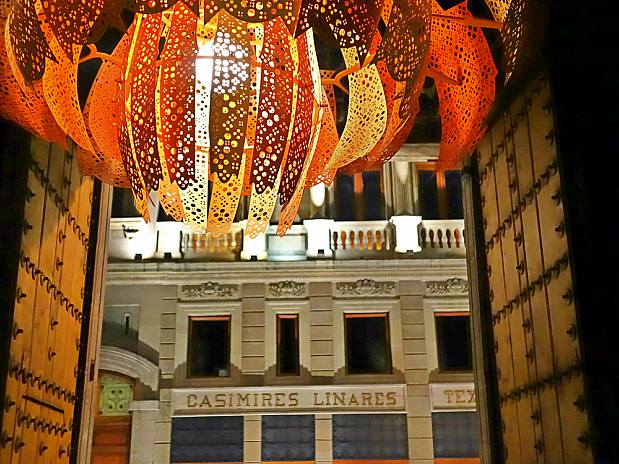 The view, looking out to the street, from the entrance to The Downtown

If you’re looking for a romantic home base in Mexico City, look no further than the Downtown Mexico Hotel on the cobbled streets of Mexico City’s Centro Historico Borough. The Downtown is one of the oldest residences in the neighborhood, and its 17 rooms and suites were meticulously and beautifully renovated to maintain the indigenous culture and colonial style while adding luxurious modern conveniences.

Just one of the courtyard restaurants at Downtown

You can’t help but fall in love while sipping a cocktail in their starry-lit magical-feeling main courtyard restaurant, or while dining on the majestic breakfast patio. The food is world-class, but at Mexico City prices (ie. less than you would expect).

The rooftop bar and lounge at Downtown Hotel

Not only does Downtown have a two uber-romantic courtyard restaurants, but it also has a trendy rooftop restaurant and bar (with an adjoining pool and loungers), and several other smaller bars and shops, all with a cool Brooklyn vibe, on the second-floor mezzanine, overlooking the courtyard.

One of the two courtyard restaurants, open to the sky, and the second floor shops, bars and cafes. The third floor is hotel suites.

Be sure to reserve the Revolution Suite, which has a private balcony, bathtub and rain shower, and overlooks the breathtaking patio and gardens. 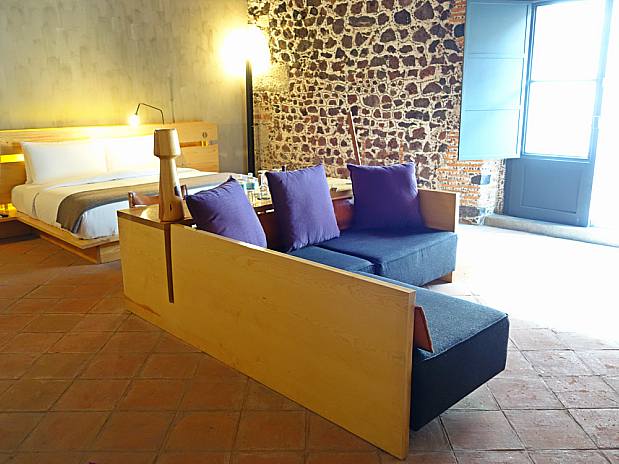