Does Our Language Discourage Women?

How do the words we’ve all been called affect us?

The first time someone called me a bitch was at a middle school ballet camp, a hotbed for divas and drama. I asked a girl if she could move down a bit to make room at the barre, and voila! I went from unassuming middle-schooler to bitch extraordinaire.

I hear the word bitch every day. It’s ingrained in our language, and we toss it at women all the time. We use it to describe women who don’t respond to catcalling, bosses who assign their employees to a hard task, or girls who turn down a date. What do these so-called “bitches” have in common? They all dared to assert themselves and stand up for their basic rights.

We use bitch to put down strong, assertive women. It’s the word we use when a woman steps out of the traditional feminine sphere. Men use it when women threaten the professional and social power they’ve monopolized for so long. Women use it against each other as well. It’s time to stop. 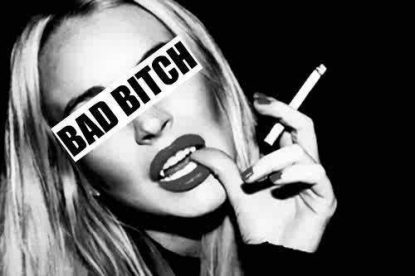 Like too many other insults, we direct bitch pretty much exclusively towards women. This presents a problem with the way our language makes us think about girls. It goes way back, too: bitch was first used in the 1400s. If there’s one thing I don’t want to have in common with Europe in the Middle Ages, it’s their views on women. And it’s not just the word bitch that we use to put women down. Slut shames women for their ability to say yes. Friendzone, uptight and frigid guilts women for their right to “no.” Bitch comes in when a woman tries to defend herself against these sexist standards and assert herself as an individual.

The word gives female assertiveness negative connotations. It perpetuates the myth that women always have to be nice, which prevents a lot of women from asserting themselves. Men who assert themselves in the workplace get promoted. Women who try to do the same get called a bitch behind their backs. Our language makes many women feel like they need to put everyone’s needs before their own to avoid the unholy title of Bitch. But bending over backwards to please everyone before yourself comes at the cost of your personal goals. 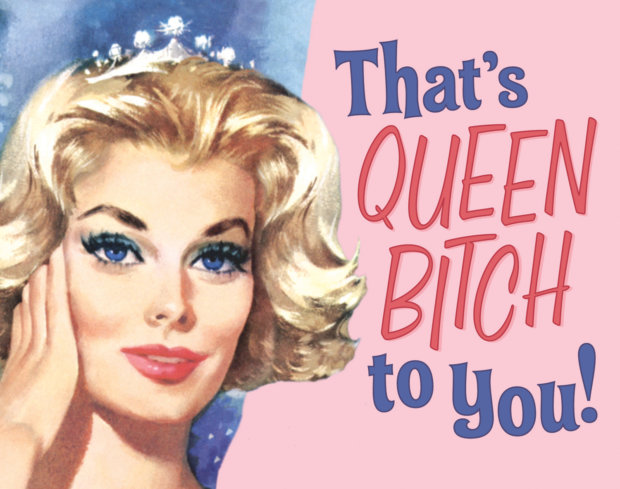 Some feminists have tried to re-appropriate the term. The founders of Bitch Magazine, for example, believe that the word should have positive meaning. It’s a step in the right direction, but society as a whole still views assertive women as bitchy in a bad way. To achieve any real progress, we need to start viewing assertive women as empowered, instead calling them unkind and bitchy. 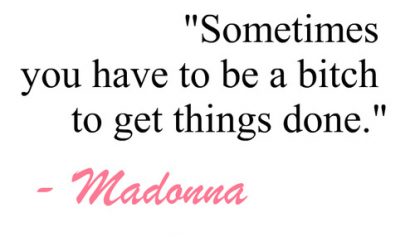 The movement to reevaluate our view of assertive women has to start with us. Women are taught to be competitive with each other, starting with Disney. So, sadly, we don’t often help each other out in the workplace; but it’s time that changed.

Encourage other women to be assertive, and work to be more assertive yourself. Instead of tossing out the b-word when one of your coworkers asserts herself, respect her ability to go after her goals. Better yet–learn to do the same. Combining both these factors is the only way we’ll ever be able to affect any real change in women’s workplace experiences.

In a world where men continue to dominate most fields (especially the influential ones, like media, entertainment, tech, politics, and advertising), our language works against successful women. Girls grow up associating assertiveness with bitchiness, and try to act nicer. And while everyone should strive to be nice to others, we need to remind girls that it’s possible to be kind and assertive at once. It’s possible to be nice to others and still stand up for yourself, or go after your goals. Anyone who tries to call you a bitch for that is just wrong.

How do you respond to negative language against women? Sound off in the comments!

10 Ways to Weave Impact Into Your Vacation
Read