My Adventures in Speed Dating 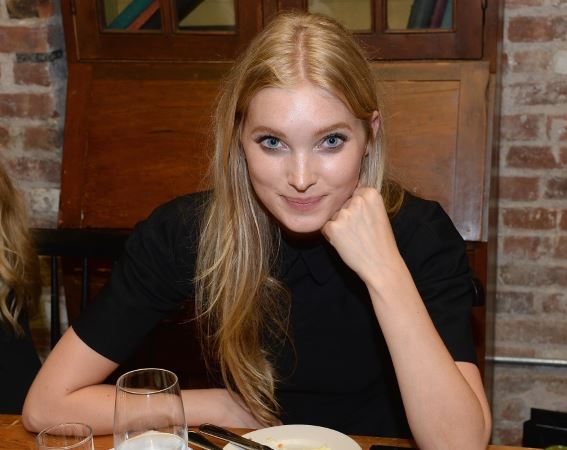 First, I expertly applied my makeup, including black eyeliner and a small amount of golden creamy glittery eyeshadow. Next, I flattened my hair with a straightening iron and left it down. Lastly, I slipped on a tight black miniskirt, a black top, a skinny black belt, a black bag and black boots and I’m ready to go.

“Um… I model. Like in commercials and magazines. Uh, yeah. It’s okay… not really something I want to do forever though. Sure – Paris, Milan, Tokyo. I just got back from London. Yeah, it has its perks I guess. Um, maybe the Pepsi commercial I did. It’s on the air right now. What do you do?” 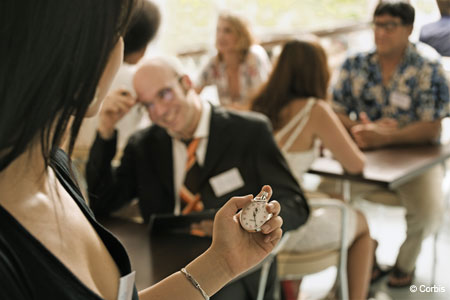 As soon as I walked in I noticed a difference. First, the venue was much nicer than any of the others. Secondly, since it is an upscale restaurant and also because it’s a younger age category I think it attracted different people – guys who weren’t desperate but rather came with friends to check it out, meet people and have fun. There were plenty of good-looking guys with cool jobs, including a firefighter, a cop, a university professor with a doctorate, a business journalist working for a very major newspaper, and the owner of a massage clinic (score!)

Despite the fact that, well, I am a model, a couple of the guys were like “Um, what do you mean ‘Model’? What kind of model?” Humph. I ran into a few snags throughout the night. The first came when two of the people were guys that I had seen at other events (which meant that I had already told them about a different persona – but I couldn’t remember which one!) I managed to keep cool and talk a little more quietly with them. Thankfully, I don’t think anyone overheard me talking about my trips to London as a flight attendant.

The next snag came when a cute guy in a green soccer jersey sat down in front of me and immediately said, “Didn’t you go on a couple of dates with my roommate?” Um, okay. I can handle this. Only problem is that he came with three friends! And I already had my ‘date’ with one of them. Tricky. So I told him the truth. It’s easier that way… keeping track of all these personas was starting to get confusing anyway!

Great event with much better results. If you have it, worth the $45. I had a fun time chatting with people who I felt were much more my peers then the men at the other events. I didn’t get nearly as tired by the end. This came as a surprise to me because I usually enjoy socializing with older people, however the guys at this event seemed to be on the ball with good careers and an optimistic outlook on life.

Dates: 20 plus two I had seen at one of the previous events.

Interest (from me): I would consider seeing three or four of the guys again. There were certainly quite a few good-looking guys at this event – including a few who also had pretty interesting jobs.

Results: 14 of the 18 people emailed within the first two days.

Summary: Great event and great results – maybe this had something to do with the fact that it was a younger crowd. Also, my fashion model persona was a huge hit (I wonder why?) It’s hard to say why this event was so much better than the others, but if I had to wager on another event, I would go for a younger crowd and choose the venue carefully.

Into the Wild: Escape to the Algonquin
Read