Some say that the more exotic and further away a place is, the more it becomes a great vacation destination. But I beg to disagree. Not all vacation destinations include a ten-hour flight and another hour’s drive. In fact, a perfect travel destination that has a world-class festivals, farm to table food, islands and beaches is just next door, in Toronto, Canada. As a former Torontonian (yup, I grew up there), I can attest to the fact that there are very few cities more interesting that Toronto. 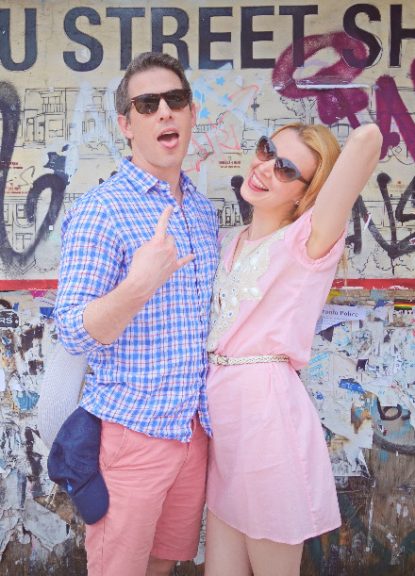 My hubby and I had a blast in Toronto! (dress by Calypso)

In case you don’t know much about Toronto, here’s a primer: Toronto is home to almost three million people, making it one of the most populous cities in North America, and the biggest in Canada. It’s also home to the CN Tower, which is the third tallest tower in the world. Literally half (ok, well, almost!) of the famous people you think are American are actually from Toronto. The Toronto Film Festival is one of the top film festivals in the world, and tons of blockbuster movies are filmed in Toronto. It’s on Lake Ontario, which basically looks like the ocean. There’s an island across from downtown that has an airport (I always fly Porter – it’s an hour and 20 minute flight from NYC) and lots of biking trails (in fact, no cars are allowed). There are tons of things to do!