If lounging on the sand and sunbathing is too dull for you and you would like to be where the action is, then go sailing. But then you’ll probably say you don’t own a sailboat — at least not one moored in Toronto. But neither do I! Luckily, my brother who lives in Toronto has a sailboat. 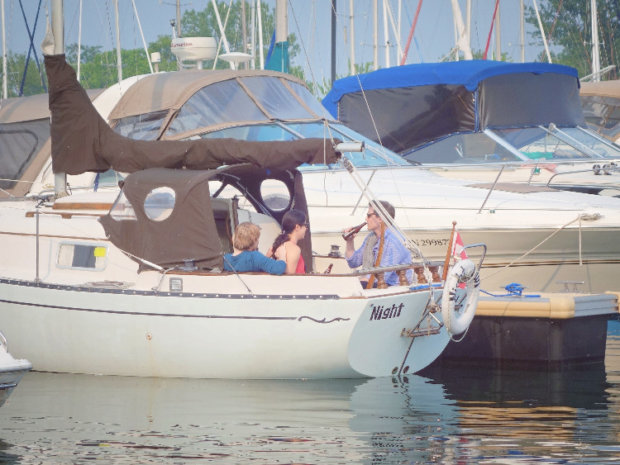 My hubby, brother, and his girlfriend on his sailboat, with my parents and I not far behind

So what options do people without sailboats have? Join sailing clubs, of course. One of Toronto’s best kept secrets is the Toronto Island Sailing Club. If you plan on visiting Toronto often, then look into becoming a member, which will grant you access to their clubhouse, and allow you to sail any boat from their fleet (with a few sailing lessons, of course). 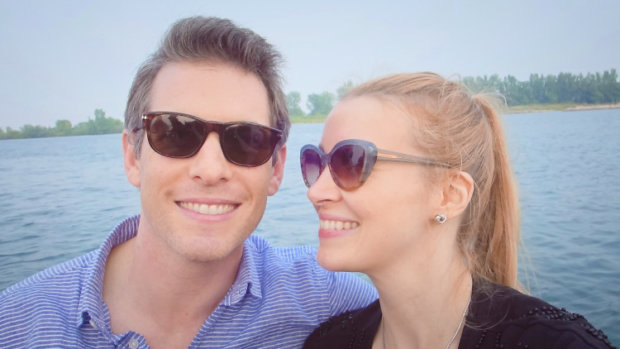 Sailing with my hubby in Toronto (my sunglasses by Velvet)

Don’t want to bother with membership? Take a water taxi over to Toronto Island, where you can rent a bike to travel around the island looking at the unique homes. There are several waterfront restaurants on the island in case you get hungry. 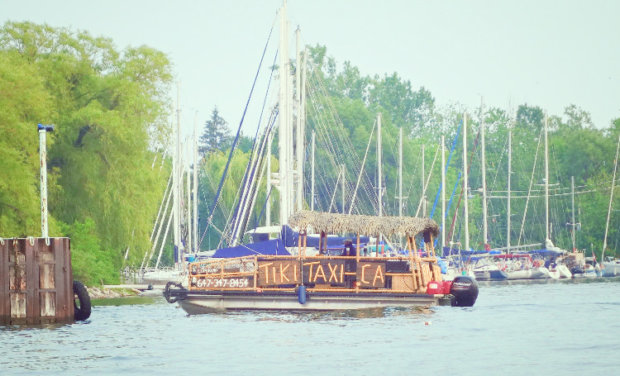 I think Toronto is the only city in the world who loves to celebrate festivals. They have a festival for everything. From beaches international jazz festival to a festival celebrating ribs, yes, beef ribs, you’ve got it all here. Just be sure to check the dates of when they celebrate the festivals, for example, these festivals were supposed to be held in July – BIG on Bloor, Chinatown, Habari Africa Festival, Toronto Burlesque Festivals, but for some reason, they were moved to August. This website has all of the festival schedules down to a T. 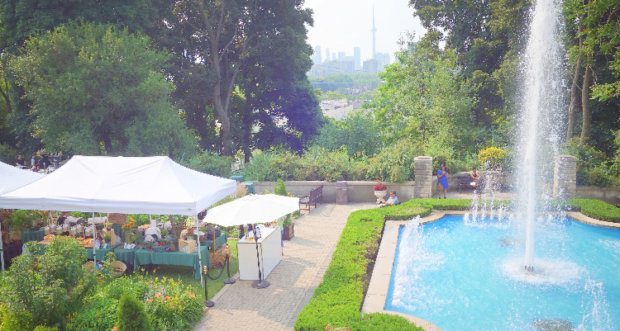 Having a feast at Casa Loma, with the Toronto skyline in the background

While we were in Toronto, a foodie festival called Summerlicious was going on. We got tickets to attend a Summerlicious culinary event (and take a tour) at Casa Loma. It was set up like a wedding, with a giant glamorous tent, a live band and about twenty chefs cooking everything from wild Bison sliders to waffles with Ontario maple syrup. All for $35 per person. After eating, we toured the castle and the expansive gardens.