The backlash and celebrities who’ve chimed in. What’s next?

Isn’t it fair to be warned when something is hazardous to our health? Cigarette cartons have huge, cautionary health stickers plastered on them, and even roller coasters have warning signs before you step on to the ride. So why don’t magazines have the same? In a psychological sense, we can be harmed by false renderings of images, whether we try to avoid it or not. 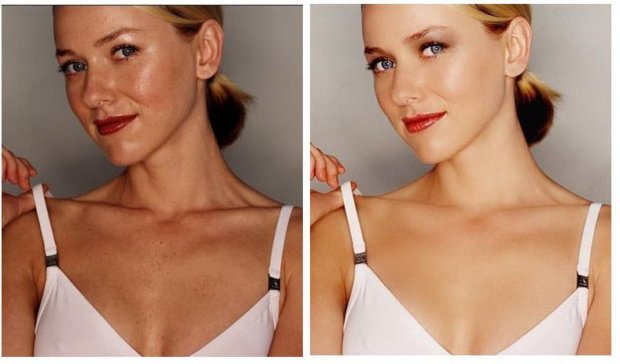 Most women are no longer ignorant of the fact that the images displayed in magazines and print ads are digitally manipulated in order to look absolutely flawless (see 25 examples here), yet we still can’t help but admire the perfect skin and eye-catching curves. It’s as if the fiction overrides the facts due to our brain’s wiring. 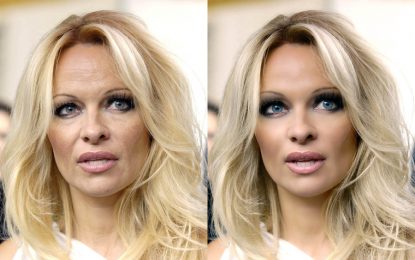 If most informed adult women are influenced by these unrealistic images, imagine how much more impressionable young girls, the next generation of magazine readers, are. Teens who are always seeking their peers approval and acceptance have a greater tendency to fixate on the improvement of their physical appearance. And where do they turn to? Magazines, of course. The altered image they see becomes a standard which, realistically speaking, is nearly impossible to attain.

I’ve been through that phase myself. Whenever I would see a magazine cover or a glamorous print ad of a model, it speaks to me as if saying “this is what you should look like.” It was only after several years of insecurity that I saw the reality that that I will never attain that perfect poreless skin even if I use an entire bottle of the advertised cream in one go.

And as soon as a I had wrapped my head around the idea that the way celebrities and models look in magazines, ads and on TV is pure fantasy, I realized that it’s not just celebrities that are retouched anymore — it’s my friends on Facebook, too. With photo retouching software being so easy and convenient to use, and smartphone apps offering to smooth skin, brighten eyes and remove blemishes, now everyone is trying to keep up with the crazy, unrealistic beauty standards being pushed on women and girls. 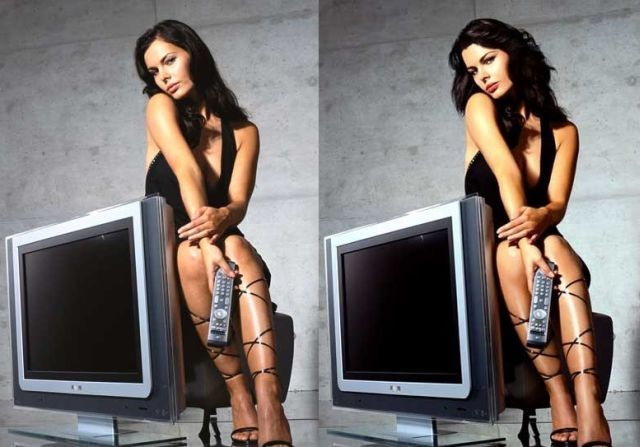 In response to the possible negative effects that photo retouching may have on consumers, government sectors and medical associations have taken some first steps towards public awareness. When the American Medical Association (AMA) took a stand against digital manipulation in advertising, pointing to the practice as a contributor to the rising eating disorder and depression diagnoses among teens, reactions were mixed. There were many protesters, such as the businesses that had been enjoying the sales resulting from these tricks. 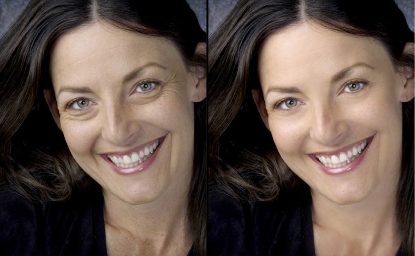 It’s not just celebrities that are retouched — it’s your friends on Facebook, too!

But many others agreed with the AMA, such as Sheila Pree Bright, who’s photo series “Plastic Bodies” examines how beauty ideals affect women. Her striking images combine doll parts with segments of human bodies, and the discord between the two is startling. She told HuffPost in an email:

“American concepts of the ‘perfect female body’ are clearly exemplified through commercialism, portraying ‘image as everything’ and introducing trends that many spend hundreds of dollars to imitate. It is more common than ever that women are enlarging breasts with silicone, making short hair longer with synthetic hair weaves, covering natural nails with acrylic fill-ins, or perhaps replacing natural eyes with contacts. Even on magazine covers, graphic artists are airbrushing and manipulating photographs in software programs, making the image of a small waist and clear skin flawless. As a result, the female body becomes a replica of a doll, and the essence of natural beauty in popular American culture is replaced by fantasy.” 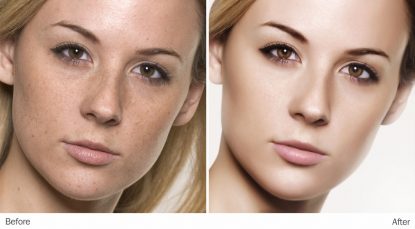 But there is some promise: in England, some extreme Photoshopping of images has been banned, especially in teen magazines. And France proposed that warning labels be inserted to inform the public that the images have been digitally manipulated.

Many celebrities seem to think that unrealistic images are just ‘par for the course’. “I love Photoshop more than anything in the world. Of course it’s Photoshop; people don’t look like that.” Jennifer Lawrence told Access Hollywood, when asked if her Dior ad was Photoshopped.

And even though most celebrities love seeing their edited glamour shots on in ads and magazine covers, a select few have spoken out against the phenomenon. Stars such as Brad Pitt, Jessica Simpson, and Kate Winslet have said publicly that they would prefer to have their photos unaltered and un-retouched. If they take pride in their physical imperfections, why shouldn’t we? 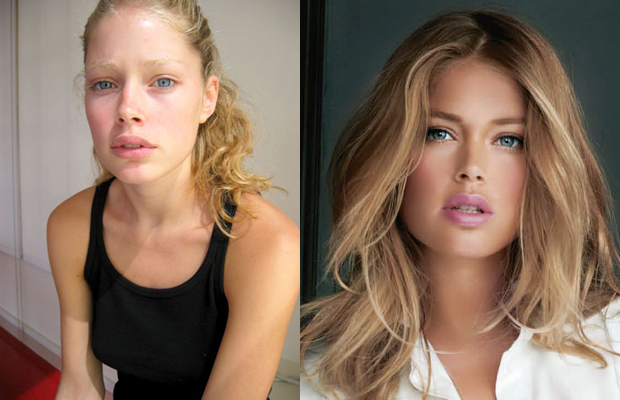 It’s time we put a stop to all of these false standards of beauty and begin to appreciate more of who we are beyond the surface. These lines on our skin, for instance, are a result of our life experiences, and they make us … well, us. The beauty industry calls them flaws, but I choose to see them as marks of character, evidence of my own personal stories, if you will. My smile lines were brought on by thousands of moments of laughter. I made the decision to love myself instead of criticizing myself over things that don’t matter. After all, what is there to be ashamed of, really?

Related: Retouching: 25 Shocking Comparisons and How to Beat the Media’s Pressure to be Thin