Your Memories in Technicolor

For an emotion-filled movie of your wedding, look no further.

If you want to hold on to your wedding memories in a way that no other medium can offer, you’ll need a talented videographer. Watching your happy faces, friends and family’s speeches, and the most touching moments of your wedding years later is a great way to reconnect with those emotions. 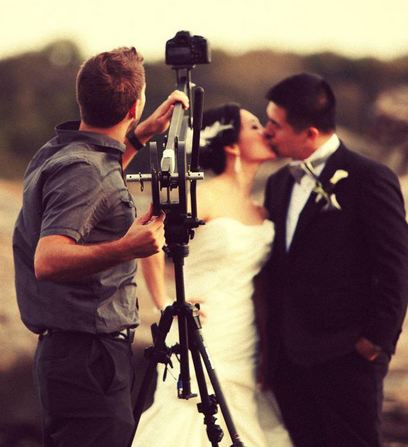 You’ll want a videographer who is creative, experienced in creating cinematic videos, and passionate about ensuring that your big day is captured perfectly. To help you understand what makes a wedding video great and what elements should be present for the film to be nothing less than perfect, we spoke to Michael Justin of Michael Justin Films.

Urbanette Magazine: Pre-nuptial and post-nuptial videos are a big thing nowadays. How do you prepare for pre-nups and how do you brainstorm with your clients to get exactly what they want?

Michael Justin: We’ve definitely seen an increase in interest for pre-nuptial films over the last three years. The process and involvement for these types of films differ greatly – sometimes couples come in with a vision of what they want which we use as the starting point of collaboration; sometimes they look for creative direction that we provide. Regardless, it’s a joint effort to create a unique and entertaining film that represents the couple and delivers their message of love and commitment. Since there is no set structure to these types of films, it opens up opportunities to get creative – which is what we love!

Urbanette: How much of a video is inspired by the client’s vision and how much of it is your brand? What is the Michael Justin brand when it comes to intimate videos like weddings? 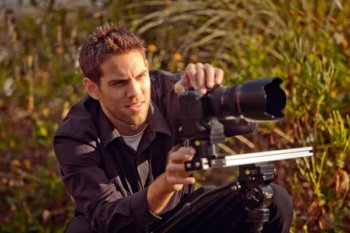 Michael: We love storytelling and it’s the driving force behind everything we create. We pride ourselves in giving our couples more than just a recap of their day. We use artistic cinematography and editing, emotional voiceovers and harmonizing music to tell their stories.

I believe our success is due to the relationships we create with our clients and our ability to tell their stories in a way others don’t. Whether that’s through the extra time we take getting to know our clients before, during, and after the wedding, their personal stories we include in their films or our non-cookie cutter approach to editing – we’re passionate about creative cinematic storytelling and our clients can see that in our films.

“If the film isn’t well received with smiles, laughs, or our ultimate aspiration – tears – we go back to the editing bay and work on the story.”

Urbanette: What was your most memorable shoot?

Michael: We’ve filmed in some pretty amazing places around the country ranging from high end estates in Texas, to the first ever wedding held at the House of Blues in Orlando, to a really intimate ceremony of ten people in Central Park (and everywhere in between). To me, what makes a shoot truly memorable are the unexpected moments that happen out of pure love and elation that we just happen to be fortunate enough to capture. 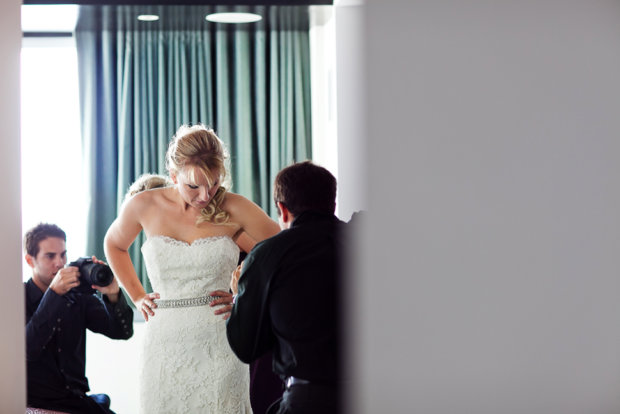 Such a moment happened between one of our couples almost three years ago. After a very moving ceremony and being announced husband and wife, they exited down the aisle and out the back to another room. Not knowing they were being filmed and forgetting they were still mic’d, they pulled each other in close, started crying in each other’s arms, and whispered some of the sweetest things I’ve ever heard. It was such an intimate, powerful moment that I almost felt bad recording it. A few months later after the couple got their film, I received a phone call from the bride and as she fought through tears she told me how grateful she was to have that moment captured.

“Our top priority in the films we create is to evoke emotion in our viewers.”

A screenshot from a Michael Justin film

Urbanette: What do you think are the top three elements a wedding video should have for it to be a success?

Michael: Our top priority in the films we create is to evoke emotion in our viewers. We want the person watching to feel connected to the story and end their experience with a positive reaction. We achieve that by sticking to a few general rules.

First, we keep our films short and powerful. By keeping them between five and twenty minutes, it ensures we use only the best moments from the day. This keeps the story moving and interesting. Second, we keep the balance of natural audio, music, and voice-over’s in harmony, not allowing one to dominate the film. And finally, we make it a priority to borrow a few minutes from the bride and groom on the wedding day to give them a chance to reflect on the day and their love for each other. It winds up being some of the most moving and emotional content we capture.

Urbanette: What should a wedding video NOT have?

Michael: A wedding film is very personal, so it is difficult to identify specific elements that should not be included. It really comes down to the preference of the couple and the style they like. For a Michael Justin Films wedding film, however, you’ll never see impromptu questions asked to guests – like most wedding films from the 80’s and 90’s – cheesy special effects like star swipes or picture in picture, and you’ll never see a film with little to no story.

I know I’ve mentioned it a lot, but making sure our films accurately represent the story of our couples is paramount. Before a film ever reaches our client, it goes through a rigorous quality control period – mostly close women and men who understand our brand that watch and critique the art. If the film isn’t well received with smiles, laughs, or our ultimate aspiration – tears – we go back to the editing bay and work on the story.