Find out how we help women become entrepreneurs.

Urbanette’s message is one of empowerment, education, and self-esteem. That is why we use our profits to help empower women and girls, and push for gender equality, by giving microloans to female entrepreneurs in developing countries.

100% of our profits go into a fund that is then lent out to women via microloans. Our goal is to empower women and help them to inspire other women and girls in their communities. 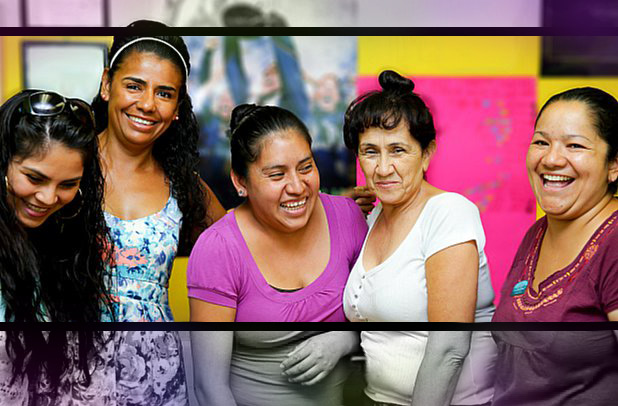 “I founded Urbanette when I was 15 years old because, as an equal rights activist, I wanted to help educate and inspire women on the critical issues of self-esteem and female leadership. In keeping with these goals, I decided to use our profits to help women in need, in developing countries, become self-sufficient role models by giving microloans to female entrepreneurs. I hope you will join us in supporting this important cause.”

Issues we at Urbanette® care about:

Many magazines breed insecurities in women and girls in order to sell products. These insecurities damage women’s self-respect, career and life aspirations. Children’s movies like Cinderella and Snow White teach girls that their value is in their youth and beauty and that women are ruthless competition, not true friends. Adult movies aren’t much better, and the majority of female dialogue in Hollywood movies revolve around men. This needs to change if we’re going to have true gender equality.

Why do some people fight so hard to keep girls from getting an education—sometimes resorting to unspeakable acts of violence, including gas and acid attacks and bombings? Because education is key to gaining power.

Around the world, women face legal and justice systems that treat them as lesser citizens. Their testimony in court may equal half a man’s, or they may be banned from doing basic things like voting, driving, or passing their nationality on to their children. When they report a crime committed against them, they’re often discouraged or flat-out denied help by law enforcement.

What would the world look like if women were represented fairly in government? Just 18.4 percent of parliamentarians and 10 percent of heads of state are women. And sadly, the U.S. trails behind the global average when it comes to women in leadership roles: Congress is 83 percent male.

Whether it’s domestic violence, human trafficking or rape, and whether it happens to a celebrity, a TV reporter covering a revolution, or a Congolese villager, violence against women is pervasive. It’s unacceptable that women (the victims) are often the ones blamed and punished for speaking out. Even American police are known to discourage victims from filing a report.

We all have to work together to bring equality to the genders. This is the human rights issue of our time.