6 Ways to Find Your Soulmate

This isn’t your typical “do this and that” article. These tips actually work.

4. Don’t be afraid to make the first move

It’s true that there will be some guys who will be turned off by this, or who will decline because they like the chase more than the catch, but let’s be real: you’re a smart, confident and desirable woman, and you probably don’t want to end up with those guys anyway! 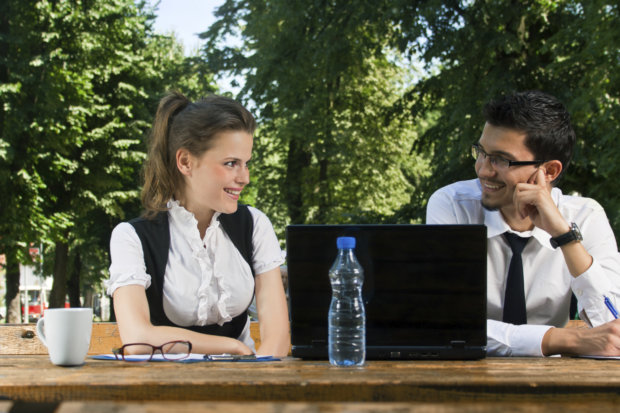 I have often made the first move in my own dating life, and trust me, there have been way more no’s than yes’s. In fact, sometimes it’s been kind of a disaster, but guess what? I’ve lived to tell the tale. Yes, it hurts, and yes, it can be a little awkward, but I’ve never regretted doing it. Seriously!

The momentary discomfort has always given way to relief that I know where he stands and a certain amount of pride that I did it. Plus, there’s an equal chance that he’ll appreciate you taking the heat off of him and respect you more for knowing what you want and going after it.

Regardless of what men might want you to think, most of them are tender, flawed, uncertain squishy teddy bears on the inside, and just as prone to heartache as you are. So don’t always expect them to put it out there when you are just as capable of doing so.

How to Achieve the Effortless Elegance of a Parisian
Read

Kangaroo and Champagne? Get Yours in St. Moritz
Read