Leaving a steady job with a good income to set off for the unknown world of freelancing is a terrifying notion for anyone who wants to keep eating. It plagues the dreams of post graduates and those deeply rooted in their career, but always wanting more. It turns an ordinary, mapped-out life into a journey filled with uncertainty, speed bumps, and jeopardies. Sometimes the paths lead to reward, and sometimes they lead off of cliffs. But when it’s to follow a dream that was born the very second you were, the prize makes the risk pale in comparison. There is suddenly no other option. 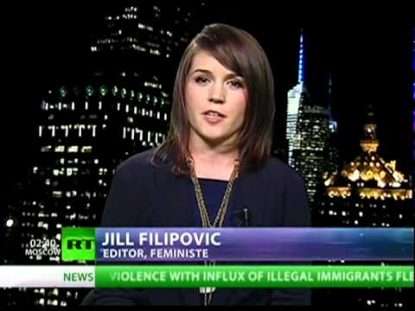 That’s exactly what Filipovic did. With unparalleled determination to continue to make a difference in the lives of those whose voices were being silenced, she swan dove into the life of a fulltime freelance journalist. She reached out to editors, including her editor at The Guardian, who offered her a position as a weekly columnist; a job they were prepared to offer Filipovic anyway, before she became a fulltime freelancer. The timing was impeccable. This opened the floodgates to the other news platforms she contributed to: Al Jazeera America, The Nation, and some social media consulting to help her pay the rent. She began to do fellowship work, and took her convective and resilient voice to help women outside the United States.

Filipovic’s dedication to global women’s rights shines through in even the most casual of mentions. Her eyes brighten, her shoulders perk, and her passion is palpable. She has been the recipient of many international fellowships, including writing abroad in Malawi and Brazil. There, she stood on the frontlines of the day-to-day struggles women face in countries that do nothing to protect them. But perhaps maybe one of her most poignant experiences came from when she was reporting in the Eastern Congo, and the first time she’s ever cried in front of a subject. 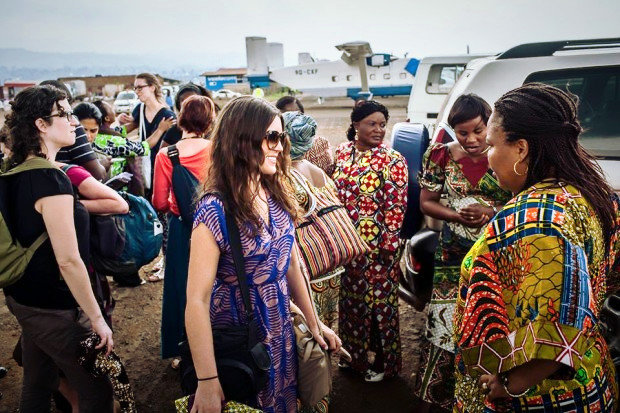 There has been a civil war going on in the Congo for over twenty years. It is one of the most deadly conflicts in modern history, with its total amount of fatalities reaching over 5.4 million to date. Almost all of those deaths are of civilians who were suffering from malaria, malnutrition, and pneumonia, intensified by displacements and unsanitary and over-crowded living conditions. Reporters and United Nations workers are no strangers to these war atrocities.

The Congo is especially deadly for women: more than 400,000 women are raped in the Congo each year. It isn’t anywhere near uncommon, and has become unfortunately normalized within the culture. But the familiarity of it does not take away from the importance of the issue. Filipovic, knowing the risks, journeyed to the East Congo to tell the stories of these women; stories the world needed to hear.

“There was this moment when were interviewing a lot of women at once, so there was probably thirty women in the room, and it was me and a couple other of journalists… and you’re sitting in this room,” Filipovic pauses for a moment, the memory holding her hand and bringing her back to the rear room of this restaurant deep within what’s labeled as the ‘Rape Capital of the World’.

“It’s hot, and it’s sweaty, and the electricity is kind of going in and out, it’s not particularly well lit. It’s packed. It’s just one right after the other, are telling you the worst things that you’ve ever heard.” She pauses, remembering.

“And there are translators. So one of the translators will translate it, and then a different translator will add another level. Like, one translator will say, ‘She said that she cried all the time,’ and then translator number two will say, ‘Actually, her exact words were, ‘My whole life was a river of tears.’’ Filipovic looks up, bringing herself back into New York, back into Hearst Tower, letting the moment recede back into its place in her memory. She exhales. On the far side of the cafeteria, a man in a navy pinstripe suit with a gold lapel pin lets out a hearty laugh.

“So sitting there for two hours and hearing that overflowing of sorrow, I was surprised by how emotionally difficult it was,” She brushes a piece of hair back from her face, “and what a privilege this job is, because there are people who will sit down with you and tell you all of that at some expense to their own mental health, and who are willing to do that because they believe that you can be a conduit for change and a voice to actually get attention to what they’re going through.” Filipovic’s voice is solemn, the emotional burden and imperative duty of her career flicker across her face.  This task is not for the weak, for those not open to sacrifice. Coming up the mile long escalator, a woman in a magenta Chanel pantsuit is off to choose her preferred type of sushi (brown rice and quinoa available upon request).

It is the moments like these that Filipovic holds close to her, that help her solidify her role as a journalist. “It makes you realized what a responsibility this job is,” she says, wide brown eyes glimmering with understanding that anyone can make a difference if they use their words in the right way. In moments when a dream and a career collide head on, Filipovic pauses her constantly multitasking brain to appreciate them.

She finds them in the hushed calm after someone has told her that they lied about being raped to have a legal abortion, in the faces of Malawian children who want to dance with her, even in the ordinary divinity of getting a quote from a source that she knows exactly where to work into her piece. “This is not even a real job. And the fact that someone pays me for it, is pretty awesome,” she laughs, remembering that eighteen year old girl who came to New York to study journalism almost fourteen years ago.

Filipovic expends her words like they are weighed with gold, having mastered the balance between professionalism and warmth. But that doesn’t mean she’ll sit quietly in a corner while her beliefs are trampled. She isn’t afraid to shout against the crowd, truly because she doesn’t care if you think she’s being anything other than a warrior for change. Those who’ve worked with her can attest to her unrelenting fervor.