In 2001, Lauren Bruce founded Feministe, a blog exploring feminist practice and theory; one of the first of its kind. The blog took off, becoming a powerhouse of feminist ideology and a place where minds could melt and grow. In 2005, Bruce asked Filipovic to join this trailblazing staff.

“I approached Jill because I was thinking of asking someone to share the writing and administrative duties at Feministe“, Bruce explains. “I actually knew very little about her as a person. What I did know was that she was a very strong writer and very insightful on legal issues on her personal blog.”

Nothing could stop Filipovic’s love of writing and desire to make a difference in a broken world. This fervor and skill is what drew Bruce to her, and helped springboard her name as a journalist. “I had no idea she was a journalism student that was just starting at a very prestigious law school. It was kismet.” 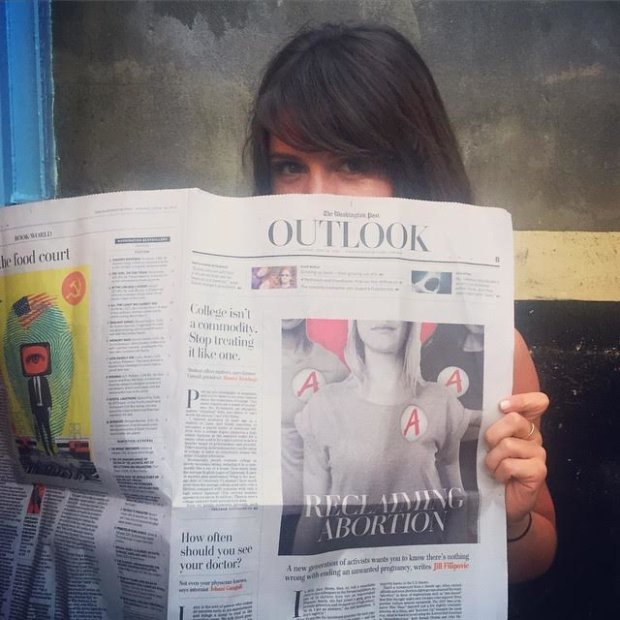 After two years of hustling through the freelance life, Filipovic heard that a woman she had gone to school with and worked on the student newspaper with, Amy Odell, had been brought in as Editor in Chief for Cosmopolitan online. So she did one of the bravest things you can do sometimes: just sending an email. Filipovic pitched Odell an idea for a weekly column, for which Odell responded with asking Filipovic to be the full time women’s rights editor that Cosmo was on the hunt for. Not wanting to sacrifice writing, Filipovic said no, having been an editor before and not finding it for her. Instead of moving on to the next opportunity, she asked if she could have a political writer title, being a staff writer as opposed to a high position editor. After interviewing again with Odell and speaking with Joanna Coles, the head Cosmopolitan Editor in Chief, the job was hers.

The echoing halls of Hearst begin to settle, dozens of pairs of leather shoes hurrying off to the elevators.  Thirty seven floors skyward, the staff that works to create the print issues of Cosmo flit around the office, trying to create a balance between articles that make a difference to women, and ones that are for sheer laughs. Under their Jimmy Choo heels, Filipovic recounts some of her favorite and most poignant memories so far from her time at the largest women’s magazine in the nation.