Does Our Culture Glorify Sexual Abuse?

How does blurring lines of perceived consent affect our culture — and you?

It’s not exactly news that sex is all over our TV shows, ads, books, and movies; but that doesn’t have to be a problem. What is problematic is portraying an abusive relationship as the romantic ideal, or to show the “assault them until they love you” method (ie. rape and assault) and say that’s consensual sex.

When the 50 Shades of Grey trailer came out, most of my friends sent me the link with reactions that ranged from amused to disgusted. Watching the relationship in the trailer left me uncomfortable, so I checked out the book to pinpoint the source of my unease. Thankfully, I didn’t need to read far to find it: hiding behind this ‘love story’ and ‘inner goddesses’ and other such ridiculousness is an abusive relationship.

There are hundreds of prominent examples, from Star Wars to pretty much every James Bond movie made, to Game of Thrones.

In the Oathkeeper episode of Game of Thrones, Jaime rapes his twin sister/ lover Cersei, a sharp change from the consensual sex portrayed in the book. (Here’s the clip, in case you missed it.) Disturbing relationship dynamics aside, it was a troubling scene. It became even more troubling when the director and writers of the show insisted it depicted consensual sex.

The camera cuts away with Cersei still protesting, “No, stop, it’s not right!” It’s odd that writers would be confused about the definition of such a simple word, but in the English language, “no” denotes the opposite of consent. No consent is rape. And yet the influential men who bring us these ‘love stories’, like David Benioff, D. B. Weiss, and Alex Graves continue to argue about what shouldn’t be arguable, blurring society’s already foggy definition of rape even more. 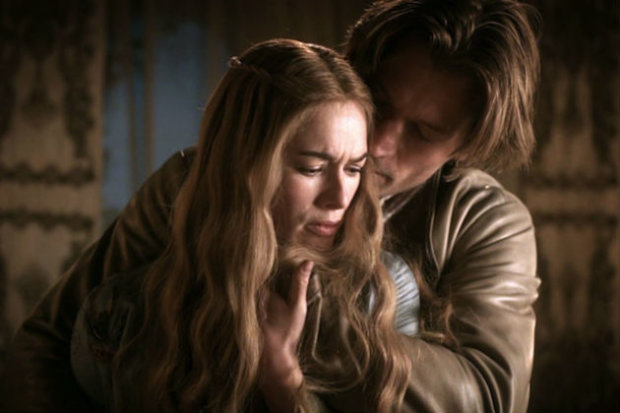 How have we been tricked into thinking that abuse is a romantic ideal?

50 Shades of Grey did the same thing to abusive relationships. It took a terrible issue faced by too many women in modern society and masked it under an idealized romance that denies the presence of a problem. I’m not talking about the violent sex, though. I’m talking about the clear patterns of emotional abuse that run throughout the story.

Anastasia is frightened of Christian in a way that is never normal or healthy for a relationship. She modifies her actions to avoid making him angry, a behavior typical of someone trapped in an abusive relationship. And the abuse in Christian’s behavior is quite clear: he stalks her, isolates her, and intimidates her. He tracks her whereabouts and restricts how she socializes. But instead of addressing these issues and condemning the abuse, 50 Shades holds up their relationship as an enviable ideal. 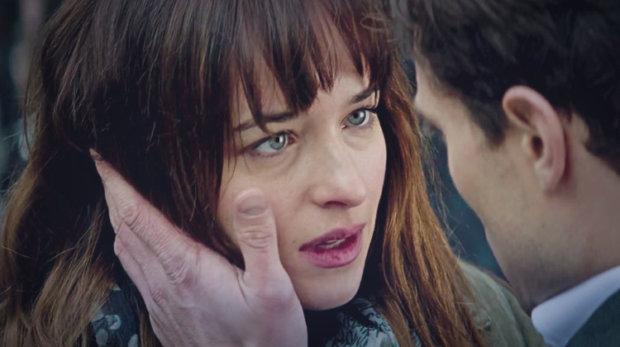 Here are a few symptoms of abuse in its various forms (note: this is a very brief list and doesn’t include all signs):

All of this sounds like something we’d want to obviously avoid. Yet, these things crop up in tons of media forms — and it’s having a real effect on us. A study showed that women who have read at least one of the 50 Shades trilogy were more likely to get into an emotionally abusive relationship. If that’s not proof that the media impacts our understanding of these issues, I don’t know what is.

What’s worse is that we, as women, are getting manipulated by what we see and read. Women are internalizing these patriarchal ‘ideals’ and this distorted perception of what is ‘sexy’, and self-objectifying. If you get turned on mostly by knowing that you’re turning a man on, instead of the man turning you on, or you focus on the man’s pleasure and arousal more than your own, or you strongly prefer to be dominated rather than loved during sex, then you’ve been affected by this.

Women are internalizing these patriarchal ‘ideals’ and this distorted perception of what is ‘sexy’.

When self-objectification occurs, an individual focuses attention on how her body appears to others rather than on how her body feels and on how she can, using that body, perform actions in the world. The theory predicts several consequences of self-objectification, including body shame, anxiety, eating disorders, depression, and sexual dysfunction.”

Our shows, books, and movies perpetuate the ridiculous idea that a woman shouting ‘NO!’ isn’t rape and a girl afraid of her partner isn’t abuse. It’s wrong. More than that, it’s dangerous. Sure, it’s just fiction, but the awful link our media draws between love, sex, and violence spills into real life. That means fewer women feeling able to report their assault, less support for survivors, more victim-blaming, and a less educated society. How can we tackle these issues if we don’t acknowledge rape and abuse when we see it?

If you’re still not convinced, check out this article from the male perspective, with tons of examples from popular movies and TV.

Find a way to play your part in this conversation, because the repercussions are simply too awful for the conversation to be limited any longer. Take action, even if it’s something as small as seeing The Last Five Years on Valentine’s Day instead of 50 Shades of Grey. Given the studies showing it increases your chances of being in an abusive relationship, it’s for the best.

Why Do Women Hate Women?
Read