Hookup Culture: Do We Respect Ourselves?

Hookup culture is becoming more and more common. Is this liberation or self-objectification? Where do we draw the line?

I’ll never forget the day in middle school when my Mom said, “We need to talk.” She had heard about a “rainbow party” in which girls went down on multiple guys, kind of like an assembly line, each wearing a different lipstick color so as to create a rainbow effect. At the time, that sort of thing was so far off my radar that the whole situation was pretty dismissible. As an adult, however, I’ve learned that scenario was hardly unique. Not even close.

The sexual revolution has given the world a lot of good things. I love that birth control exists, that the LGBTQ community is gaining more traction towards equality, and that people can talk about sex more openly in general. The idea that women can be independent and are no longer reliable on a husband for either financial security or sexual satisfaction has given way to an ever expanding idea of what this new freedom should mean. What started as a rally cry for sexual equality and women’s rights has become an expectation that women not only can, but should be able to experience sex with a sense of detachment. This has become the new standard for empowerment. But at what point does a healthy dose of free-spiritedness creep into the realm of self-objectification? 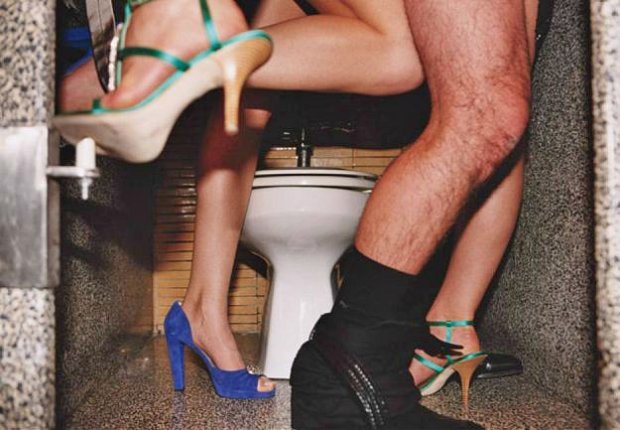 The idea of women using their sexuality to gain power is nothing new, and indeed, participating in something like a rainbow party could very well make a young girl feel powerful. After all, she has a roomful of guys in an extremely vulnerable position, a position in which she could do just about anything. It might feel good to know that she could walk away, and it might feel just as good to satisfy him, knowing that she is the cause. While hooking up, there’s a lot of reason for both men and women to feel powerful, not least of which is the myriad of chemicals sex makes the body release. Indeed, it’s often not the actual act of hooking up that gives young women pause. It’s what follows.

Not all sex is empowering. There’s a line between what’s liberated and empowering, what’s self-objectification and when you’re just being used…

Say you do participate in one of these parties or hook up casually, or whatever your equivalent is. It goes well, and you enjoy it. Okay. How about the next day? Are you expecting a text or a phone call? Did he even ask for your number in the first place? How about the next time you see that person? Are you expecting him to engage you in conversation? Say…thank you? Ask if you want to do it again sometime? Or maybe you’re hoping he’ll ask you on an actual date since you had such a good time together? The specifics of your personal expectations aren’t that important. It’s whether or not they’re reached—and how that makes you feel either way—that will tell you a lot about how empowering this or that experience actually was for you.

The American Psychological Association looked at exactly these kinds of expectations in a study they did on hookup culture. While 65% of men and women reported feeling good during a hookup, this number dropped to only 27% post-hookup, with another 40% feeling regretful, disappointed or uncomfortable. They also found that while there was a gender difference (63% of men and 83% of women), more than half of all young adults surveyed preferred a traditional romantic relationship over an uncommitted sexual one. Furthermore, there was no gender difference in reported motives for a hookup, which included not only physical gratification (89%), but also emotional gratification (54%), and the possibility of starting a relationship (51%). It seems that when it comes to casual sex, both men and women bring a host of interests to the table–interests that challenge the idea that a hookup is truly just a hookup.

I want to be clear — I’m not suggesting that casual sex is inherently harmful. I’m saying that not all sex is empowering. There’s a line between what’s liberated and empowering, what’s self-objectification and when you’re just being used. The trick is being able to see that line, as the distinction is getting lost in the shuffle.

How does that happen? How can an experience be empowering one moment and a potential letdown the next? How can women be both empowered and objectified by wielding their sexuality as power?

Enter Jean-Paul Sartre. This famous Frenchman and philosopher once posed the concept that people experience themselves as split between the reality of their situation and how they choose to view their situation. Simply put, this means that while we may recognize our situation for what it is, we might experience it as something more to our liking, such as when a young girl at a rainbow party decides to experience a situation of clear objectification (and I do realize this is a very extreme example), as one of power.

If you’d like a more modern perspective, the same study by APA found that more often than not, casual sex produces a pluralistic ignorance response in participants. That’s a fancy way of saying that even though they recognized that they were actually uncomfortable with what was happening, they ignored that feeling and did it anyway. Being able to shift perspectives is a vital tool, but it can be harmful if it’s used to make oneself blind to reality. Call me crazy, but I tend to think that if a situation calls for mental gymnastics so you can feel okay in it, then it’s highly unlikely that you’re in an empowering situation.

When it comes to hooking up, do we respect ourselves? I’d say it depends on the woman, and on the particulars of the hookup. It goes without saying that when it comes to hooking up, women are willing participants, not victims. Yet the transitory nature of hookups, not to mention their general lack of any intimacy beyond the physical, puts both women and men in a vulnerable position. Pregnancy and STDs are obvious risks, but what about how these experiences impact self-esteem and feelings about one’s sexuality? Surely sex, like any human experience, can be empowering. Like any human experience, the devil is in the details.

To me, empowerment means knowing what you want — and trusting that you are good enough for it. It means believing that you are worthy and capable of attaining the desires for yourself and your life. The desires that you’ve tucked away during less empowered moments. The kind that you don’t like to share because it’s really hard to admit that you’re wishing for them in the first place. It’s the element of choice that’s empowering. The knowledge that you do have options and that you don’t have to submit to the status quo either way.

So yes—if keeping it casual and hooking up with no strings attached makes you happy, then those activities may indeed be empowering for you. But if you want something more, be honest with yourself. Acknowledging what you really want and deciding that you are worthy of it is truly empowering. And guess what? You’ll be about 5,000 times more likely to get it.

Note: This article does not discuss the potential for rape or pregnancy in these hookup situations, nor did we discuss the high chances of getting a STD. These are very real possibilities with potentially lifelong consequences, and should always be considered.