Is Fitspo Just Thinspo in a Sportsbra?

I was obsessed with fitspro, until I realized this…

“She’s my #fitspo because #omg she can #dropitlikeasquat.” Does this sound familiar? It’s the typical Instagram/Twitter/Tumblr rant about fitness, the one that’s often used to caption a filtered photo of some ripped woman in a neon sports-bra.

Before I say what I’m about to say, please know that I support every woman’s efforts to be healthy. I just ate a kale salad today and Instagrammed it, so I definitely don’t hate health nor am I against broadcasting health on social media. There are some horrendous things posted through social media, but I don’t think my kale is one of them. 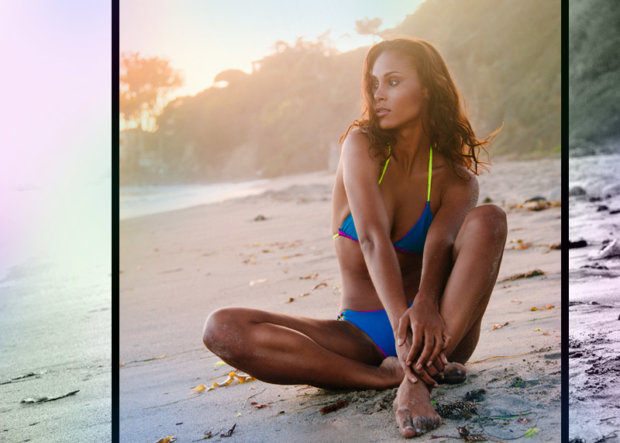 There is a level of fitness, however, that is unhealthy. And this “fitspo” trend is a part of the problem. I’m calling bull on the whole thing. Newsflash: fitspo is just thinspo in a sports-bra.

THINSPO. Short for thinspiration. Used as a noun to reference people who inspire thinness. Example sentence: Look at that girl’s thigh gap—she’s my thinspo! I’m totally thinspired to not eat for the rest of the day.

Just because you do arm curls and can bench press 60 pounds doesn’t necessarily mean you’re any healthier than the girl starving herself. I know, I know. “I’m not anorexic! I eat weird protein confections all day! I’m fit!” Sure you are. You’re not the anorexic girl—you’re the fit girl. Your goal is to be toned, not to be skinny, and instead of counting calories, you watch your macros or do that silly paleo diet. And you don’t follow models on Instagram because you’re not that superficial. You’re part of something way cooler—the #fitfam! Which means you spend most of your time on social media looking at half-naked chicks with six packs. (Totally different from looking at bony girls in bikinis.)

I know I sound patronizing, and I apologize, but there is a point to all of this. I used to be a “fit girl” myself. For an entire summer, I did Bikram yoga every day. My yoga instructors became my fitspo along with some random yogis I found on Instagram. Those women looked amazing! Their bodies were like machines, and they got that way just by stretching?! Incredible. I desperately wanted to look like them.

But after a month and a half of doing Bikram, I wasn’t seeing any results. I didn’t look like my yoga teachers or the girls on Instagram, which now also included body builders and ballerinas. So I bumped things up a notch and decided to start running as well. For the last half of summer, I would do Bikram for an hour and a half, and then run 5 miles immediately afterwards. And yeah, this was my workout routine— Every. Single. Miserable. Day.  Guess what? At the end of summer, I still wasn’t the athletic-looking girl I wanted to be.

I wasn’t healthy at this point because being healthy means being happy—and I was definitely not happy. Constantly comparing myself to other women, I never thought my body was good enough, even after all those sweaty yoga sessions and tiresome runs. Starving yourself is one way to hate your body—over-exhausting yourself with exercise is another. Whichever path you choose, both fuel narcissism and both stem from feelings of inadequacy.

So should we all stop working out forever? No. But for those of you who have people you look to for fitspo, try shifting your paradigm. Exercising is inherently healthy—exercising with somebody else’s perfect body in mind is not.

Let’s all diminish this notion that we have to have to be fitspired in order to get up off our ass and go to the gym. I unfollowed so many people on Instagram once I realized that fitspo was actually not inspiring at all. Quite the opposite, actually. Fitspo made me feel insecure and less-than. The worst part was, it ruined that great post-workout feeling, making my efforts seem useless because I didn’t see the same results on my body that I saw on other women’s. 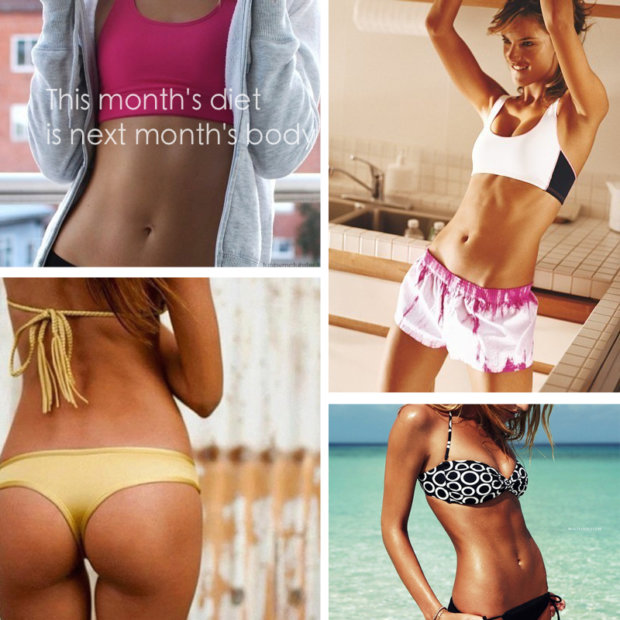 Stop focusing your energy on what other women look like. Work out, sure, but do it for that satisfying  soreness you’ll feel the next day. Or do it because your mind always feels clearer after a good pump. Don’t just do it so you’ll look like FitKateLiftingBeast567. And if you’d rather skip the gym one day to go get pizza with your friends? Do it! Life’s simply too short to not eat pizza with friends.

Do what makes you happy, because happiest girls are the healthiest girls.

If you really need inspirational women to look up to, the world is never short of them. Be inspired by powerful women who are inciting change: Hillary Clinton, Sheryl Sandberg, Michelle Obama, Beyonce… These are the women you should be idolizing. Who knows if they have six packs, and who cares. They’re making a difference in the world, which is far more inspiring if you ask me.