Think of a great relationship as though it were a great meal: A delicious, meaty (veggie) steak of sexual passion accompanied by a fine, delicate wine of romance and commitment. Both men and women want it all — the perfect, satisfying course. And we need both — steak by itself is dry and unsatisfying; wine will get you tipsy, but it won’t satisfy your hunger. Now, before the metaphor police revoke my license, let me simply push this analogy a little further: men are a little more focused on the meat of the relationship, and women a bit more on the wine. But both sexes want to get up from the table completely satisfied. 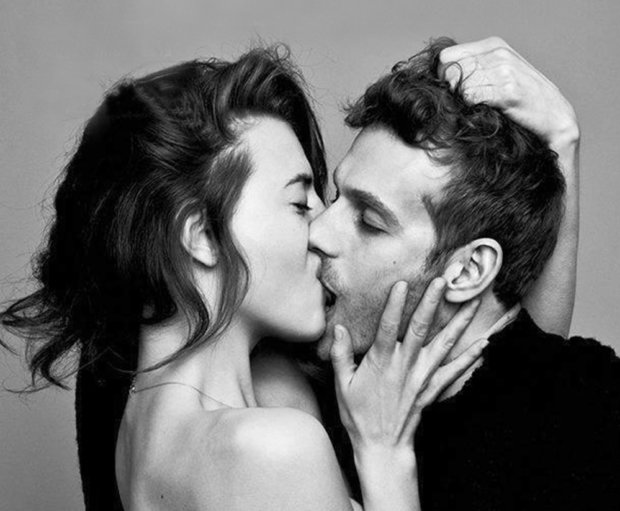 Need evidence? More than three-fourths of men believe in soul mates. And when we asked our guys to choose between meeting the love of their life or having amazing sex for six months, 92 percent chose falling in love. (The other 8 percent were probably Maxim readers.) Consider what these three men said about the experience of falling in love:

“We need to feel love, loyalty, and chemistry above all else,” says Ian, 31.
“Men also feel the butterflies and giddiness that women do when they’re in love,” says Robert, 26.
“Women don’t realize most guys are in love long before they are willing to admit it to anyone,” says Drew, 30.

So, why then does it always seem like women are leading the relationship toward commitment, and men need to be dragged along like a preschooler to a dental appointment? Because in the early-on strategic game of dating, men need to feel secure in how their girlfriend is feeling first. Consider this: less than half of men say they’re typically the first ones to say “I love you” in a relationship, and more women than men initially broach the subject of taking the relationship to the next level. That points to the notion that what men really want when it comes to love is their girlfriend’s assurance — your permission, really — that it’s okay to let the butterflies out of the cage.

Question: Guys, do you believe you’ve met your soul mate?