Urbanette: You’ve mentioned that you were once part of a cult that practiced breatharianism. Is going vegan giving you flashbacks of that kind of lifestyle?

Michelle: It dawned on me that I was a member of a cult while I was researching for a role that I played years back. I was young and new in Hollywood and was involved with this couple that claimed to be physical trainers. They put me on a diet that nobody could adhere to. They were very controlling. I wasn’t living with them but I was there a lot and they were always telling me I needed to come more. I had to pay for all the time I was there so it was financially very draining. They believe that people in their highest state were breatharian. They believed that we don’t need food and water to nourish us, only the sun.

Urbanette: It’s great that you got out of it.

Michelle: My first husband, Peter Horton, helped me overcome it. 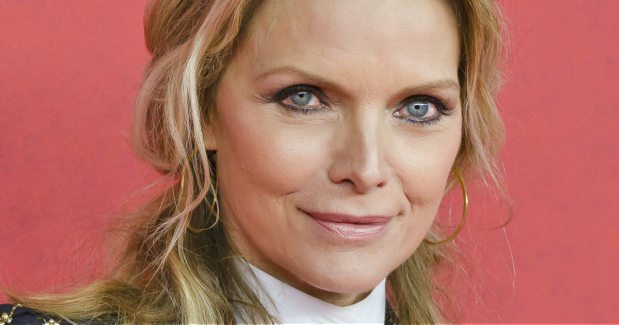 Michelle credits her vegan lifestyle for keeping her looking young

Urbanette: Everyone is applauding you for aging gracefully and you’re one of the few female actresses who haven’t gotten plastic surgery. What is your stand on this?

Michelle: Sometimes I think about it, sometimes I don’t. It really depends on how well I’m lit. It depends on my makeup and all kinds of things.

Urbanette: So you are considering it? What are your thoughts on it?

Michelle: I’m not saying that I won’t have plastic surgery at some point. I think that it’s harder and harder the older you get to say never. Especially being in the public eye. It doesn’t really matter, I think that if people actually want to do something here or there, who cares? If it makes them feel a little bit better about themselves… What I object to is too much. And really bad plastic surgery. When I think it becomes a distraction and when people don’t look like themselves anymore. As long as it doesn’t overtake them.

Urbanette: What is your advice for people who are considering going vegan?

Michelle: I would say, do what I did. I just told myself one day that I’m going to do it and I’m going to give myself eight weeks. And that I’m not going to commit on this for a lifetime because it’s psychologically huge for people to wrap their minds around it. And I’m just going to see how I feel, I’m going to test my blood again and see if there’s anything. Giving it that long you sort of get over the fact of feeling how big and difficult it is at the beginning. And if you really give yourself long enough to start feeling differently and sort of see the benefits then it will be great.

Read more: 5 Reasons I Love Being a Vegan and Fighting the Good Fight at Woodstock Animal Sanctuary