What to do when all the wedding and honeymoon craziness suddenly stops.

Alright, newly married friends, let’s talk about that age-old myth known as “newlywed bliss.” We all want it and expect it, and sure, married life can be pretty wonderful, but all this bliss stuff is a little too “Cinderella story” for my taste.

Don’t get me wrong: the honeymoon is blissful. The first few times I was called “Mr. and Mrs.,” my stomach did a few flips – the novelty of a new name made me feel giddy, like a little girl playing house in her mommy’s old pumps.

Unfortunately, the bubble eventually bursts. The plane from paradise touched down to reality and disappointment. My boss greeted me at work on Monday morning with neither a lei nor champagne. Did he forget I’m a newlywed? I looked down at my left ring finger to make sure there were still two rings present. 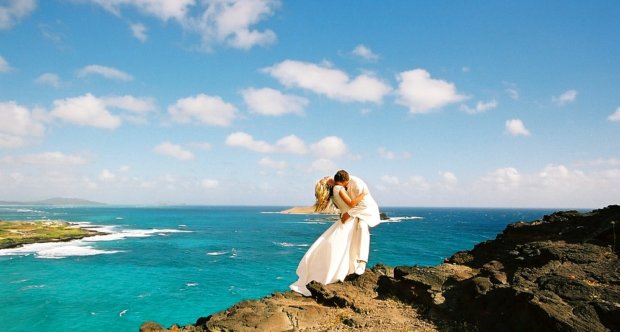 I inspected my reflection in the mirror to ensure there was still a certain glow about me. It turned out to be nothing more than strawberry daiquiri and chocolate truffle induced love handles. Life was moving on and suddenly I was no longer the belle of the ball. The wedding was over and I was now a married woman.

The reality of this sent me reeling for a good three weeks. After every last gift had trickled in and the few straggling “thank you” cards had been mailed out, I was left feeling a vast emptiness inside where all things big, sparkly and white had once been. Gone was the excitement of an upcoming dress fitting. No longer did I have an excuse for manicures twice a week and biweekly massages. 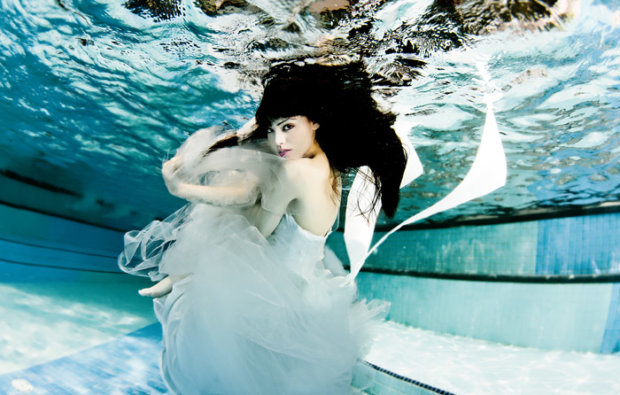 All I was left with was a joint bank account, which automatically squelched my fantasies of spending absurd sums of money that included drowning my sorrows in mocha mud wraps and a Vichy shower. No self-respecting woman is willing to reveal the abhorrent amounts of money she spends on nurturing her grandiose Princess Delusions, is she? Not within the first few weeks of marriage, she isn’t!

I was panic-stricken over the absence of me-based events and had an intense desire to call my best friends, the women who had silently endured being collectively referred to as “bridesmaids” for an entire year. I realized I no longer had the right to call them without being told to shut the hell up.

Once the wedding was over, I was expected to become normal again. Apparently, crazed, egocentric phone calls are not acceptable post-wedding.

I found myself pacing the house aimlessly after work, flopping numbly onto the couch, only to sit straight up thirty minutes later, sure that I had forgotten something. Didn’t I have a phone call to make? An appointment to confirm? Something to be sized or ordered or monogrammed or tasted? When I realized I’d been tragically wrong – none of those things needed doing, and I’d resume my previous position on couch, dejected by this realization. 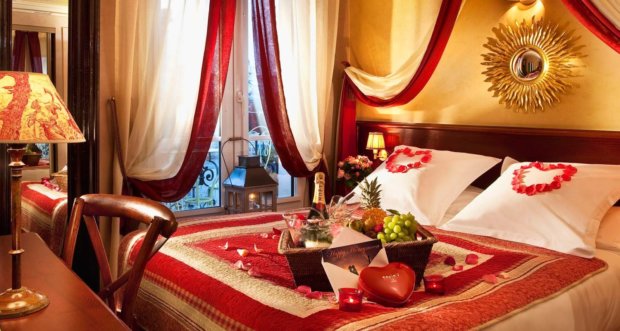 In all fairness, I had read about this. “Be ready for my post-wedding depression,” I playfully warned my new hubby, as we basked in the comfort of Hawaii. We laughed because real life felt so far away. We were both saturated in the bliss that was our honeymoon and coming down from our private VIP newlywed cloud seemed impossible. I was a fool to think I could continue to live in this perfect world. When I finally crashed, I crashed hard. The worst part was I didn’t have any married friends to guide me through it.

This was my first painful dose of the lesson I call: “Being a newlywed is not being a bride.”

I’m no expert on marriage, but being one of the more dramatic people you’ll ever meet, I figure I’m just as good as the next girl when it comes to heeding advice on overcoming your own personal post-wedding slump. If I can do it, you can, too, Princess Bride!

I can’t stress how important it is to talk to your husband if and when this strange disorder sets in. Chances are he wasn’t as immersed in linen colors and cocktail napkins as I was, so he was probably taking this whole post-wedding thing better than me. He’s the one that had to muster up the courage to ask me to spend the rest of my life with him, so he is probably a little more  emotionally prepared for our marriage than I was.

What flat out sucks is that my girlfriends are no longer obligated to take an hour off work to accompany me to the stationery store. If I didn’t confide in my husband about my feelings of loneliness, I would’ve bottled them up and resented him. So, communicate! Isn’t that a big thing in marriage?

A few days after we had returned from our honeymoon, I sat my husband down and explained my depression using diagrams and citing sources. He had a difficult time grasping why I felt so empty after saying “I do.” I think he expected the elusive yet much touted blissful feelings to emit from his new bride like radioactive waves. We agreed the transition from our fantastic, honeymoon world to reality had crashed and burned. We did not gently descend from a pink puffy cloud like we had imagined. 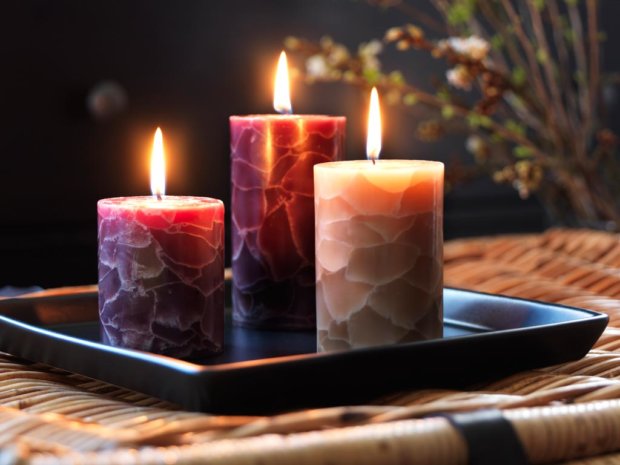 We decided, less talk, more action! We hit Nordstrom and bought Gardenia and Plumeria-scented candles. We played the CD of traditional Hawaiian music we’d bought in Maui. We cuddled on the couch, surrounded by the smells and sounds of Hawaii and pored over our 200 exquisite photographs together. 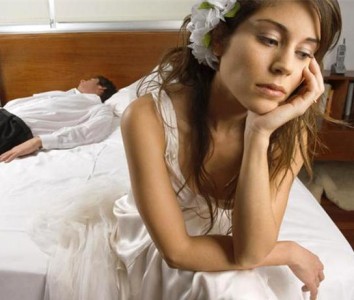 It worked. Immersing ourselves in our own private piece of Hawaii helped soothe the burn. We sprinkled our apartment with souvenirs–a coffee-table book, the leis we’d preserved, a cookbook–things that magically whisked us away to the Napali Coast and Mauna Loa, even on a brisk Monday evening far from our paradise.

We wallowed, and we wallowed hard. It was a sign that we just weren’t ready to move on from our newlywed days. All things honeymoon were out until we were ready to move on to our mature, married life. The same went for our wedding day. We dove into our professional photos online, played our wedding song while dancing in the living room and read our vows to each other all over again.

It’s pretty damn beautiful to read your vows without make-up, wearing sweats and realize the words ring just as true as they did the day you looked like a perfume ad in Vogue–maybe even more true since it was just the two of us.

We practiced saying “my wife” and “my husband” to each other while keeping straight faces. Six months later, the novelty of saying “my husband” hasn’t worn off for me yet and he’s adjusted to the W word without so much as a snicker. What a big showoff, right?

I think the most wonderful post-wedding realization for me was that I’d now been set free from the million little stressors. Gone were the days of being pulled 50 different directions–cake one way, dress the other, favors over there. All the days spent planning for our union as husband and wife were over, and what was I left with? Exactly that – our union! That’s all I needed and I felt incredibly selfish to not realize it sooner. I had all these long, empty afternoons and weekends to spend just with him. No pesky wedding planner, no demanding in-laws, no tearful bridesmaids–just he and I. We really began to enjoy and indulge in having that time together to do whatever we pleased. 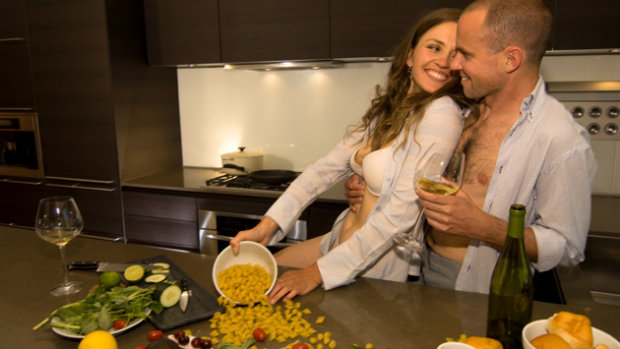 We’re both foodies, so we’ve taken a liking to finding difficult, exotic recipes and cooking them together: Indian, Japanese, Thai, etc. We take great pleasure in traveling to different supermarkets just to find the right ingredients, then spend hours together laboring in the kitchen.

When things start feeling stagnant, we pick something new to look forward to; a date night on an upcoming weekend, inviting our newly married friends over, a weekend trip, a house guest, a concert, and so on. We still haven’t quite scraped up the funds to do this some of these, but we have a lot of fun sitting around planning it.

I’ve found without the constant presence of looming appointments and expectations, I’m left with an abundance of free time to do whatever I want with my husband. Both of us have found that we don’t want that much–only to talk to each other. Sometimes, we spend Saturday morning on the sofa entangled in each other’s limbs talking about our dream life: our corner penthouse with a giant garden in Manhattan. In this fantasy it never rains, and we have kids and expensive spa-treatment habits. Our highly respected, but extremely flexible careers, our jet-setting lifestyle and chronic tans… life won’t be bad, we agreed.

Sometimes when I look at my husband, and I’m decked out in a terry cloth bathrobe, with cheap wine in the fridge, loved by our three furry, four-legged “children,” and a list of things to do tacked on the fridge–might I add that Home Depot is always at the top–I think, life isn’t bad at all.

After the sparkles, limo, horse-drawn carriage, pin-spot lighting, imported orchids and bubbles have worn off, you’re left sitting with your best friend. You have an entire lifetime stretched out in front of you to do whatever you please together. Sure, having cabinets full of gorgeous new appliances, dishes and stemware doesn’t hurt either, but the person sitting next to me on our hand-me-down couch is the person I said “yes” to.

A native Washingtonian, Vanessa is currently living with her husband and three cats in the Wild Wild West of Denver, Colorado. A freelance writer and media relations coordinator, she spends much of her free time drooling over shoes, handbags and jewelry. Essentials du jour include James Jeans paired with heels with at least 2 inches.