Is Feminist a Dirty Word?

How did this happen — and what can we do about it?

When Yahoo CEO Marissa Mayer said she doesn’t consider herself a feminist, I thought, “how is it possible that such an intelligent woman could say that?” To be honest, I immediately lost a certain amount of respect for her.

Then I started thinking: why would she say that?

Let’s start with this: What does feminism make you think of? 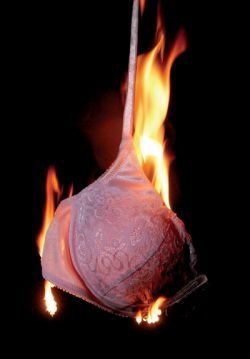 Burning bras? Extremism? Hairy armpits? A jaded and unattractive woman in a pant suit? A beautiful women in a sundress?

For the past century, the male-run mainstream media has tried to make the association lie with the first four, but not the fifth.

Now, what does feminism mean?

A movement to help women be seen, treated and respected as equal in value and capability to men, and to have the same opportunities. Yup – it’s that simple.

More specifically, feminists want women to get equal pay for equal work, and to be seen as candidates for jobs like CTO, CEO, Chairman Chairperson, Senator, President… To let women into the same private clubs where deals are made and promotions are decided on. To get to the point where what a women has to say matters more than how she looks.

Me, my husband, and all of my friends–simply because I wouldn’t be friends with someone who thinks women are second class citizens and deserve less respect than a man. Women and men in all industries, who dress well and shave their pits–or don’t! To each their own!

Why is feminism still important? 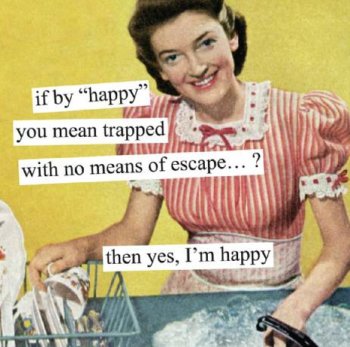 It wasn’t that long ago that women weren’t allowed to vote. Women were handed off from their patriarchal parent’s house to their husband’s house — ordered around by one man or another, never allowed to make their own choices.

Men didn’t let them into the best schools or clubs, or give women good jobs, or let women take credit for their inventions because they didn’t want women to feel an ounce of freedom. And if one man thought differently, he was quickly bullied into getting back in the patriarchal line.

Women have been living in a society strategically designed by men to give women as few options and as little independence as possible. In a nutshell, it’s been this way for centuries so that men can have the freedom to behave badly and their wives won’t feel like they can leave them. So that men can have complete control over women.

Men (not every man, but on the whole) wanted women to feel desperate and rely on them. So they perpetuated the falsehood that women aren’t competent enough to have higher-up positions, or that it simply wasn’t their ‘place’. (You’ve heard ‘a woman’s place is in the kitchen’, I assume? Shaming mother’s who choose to work is the current way of saying this.) 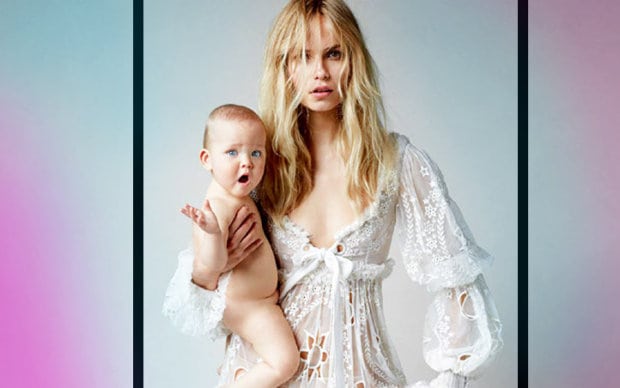 Women are continually objectified and told that their beauty is all they have, pitted against each other in competition for men. This is by design, to keep women from having strength in numbers. Women are taught that they’re ‘past their prime’ at age 30, so that they’ll believe that no other man will want them (giving the power to their husband), and so they’ll be jealous and hateful of younger women….

It’s so ingrained in our subconscious that many women don’t want to believe they’ve been duped and that they could’ve dreamed bigger. Hence, the ‘I don’t need feminism’ movement.

This is slowly changing, but we’re still far from at equality — and we seriously risk slipping backwards if we keep electing openly sexist men like Trump, who actively reinforce gender stereotypes, focus on women’s looks while discounting what they have to say, and chip away at women’s rights.

How did we get this distorted idea of what a feminist is?

Put simply: the word feminism has been dirtied by the media. Media and advertising have traditionally –and continue to be– industries run by men. It’s a fact that when the male-dominated media is threatened by a movement or shift in culture, they find many ways to subtly (or not-so-subtly) demonize the movement and the people involved.

It’s a fact that the media is the most thought-altering force in humans lives.

Few men can handle a woman telling them what to do — it goes against ‘the natural order’ that they’ve been taught, and that their ego enjoys.

Or what if women started demanding justice for the rampant sexual abuse these men dole out? Or the men started getting called out when ‘mansplaining’ and belittling women to make themselves feel powerful? Or men started having women as their bosses? That would be so hard on their egos! And what would happen to the ‘freedom’ that these old white men enjoy?? #SorryNotSorry #MeToo

Their answer: systematically suppress ‘feminism’ by making it seem like an un-feminine, man-hating, ugly fringe movement.

What can we do? 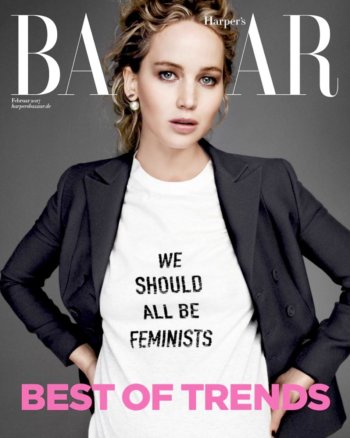 Be on the right side of history – join in the movement!

We can fight back by making it cool to be a feminist. Wear t-shirts stating that you’re a feminist, and post it on social media. Talk about it. Educate others.

Get the men in your life to agree to call out men who are sexist. Get them to find ways to support women. Watch films directed by women. Watch talk shows hosted by women (I never miss Full Frontal with Samantha Bee, or The Rachel Maddow Show).

Speak out when you notice a man being sexist. Demand justice if you were sexually abused — and don’t stop until you get an audience.

Participate in women’s rights marches — or organize them!

Stop being jealous of other women. Stop tearing other women down, and instead find ways to lift them up. Life is not a zero-sum game.

Because only if we work together, can we move onward and upward.